Home Top News Fourth of July and US barbarism 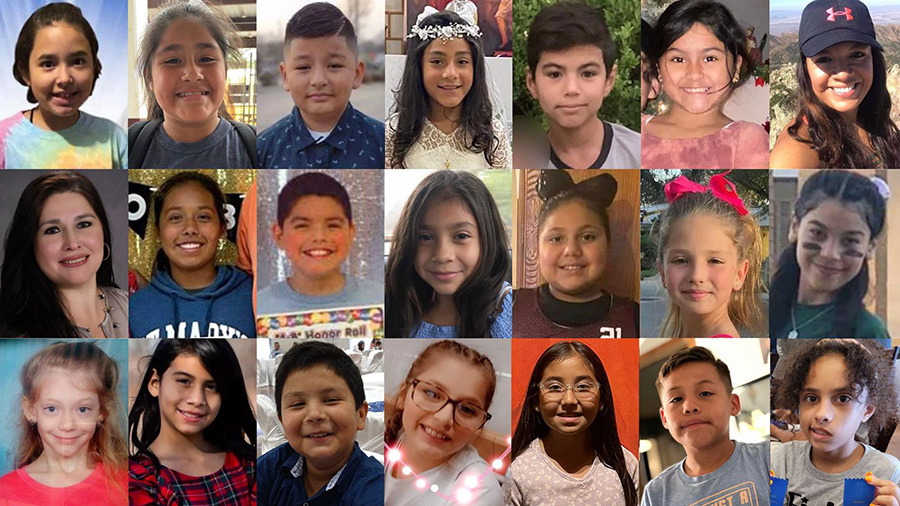 ACCORDING to statistics by the American Gun Violence Archive (GVA), the country has already experienced at least 309 mass shootings since the beginning of the year.

This averages out to more than 11 shootings a week. While Statista research states that: “Between 1982 and July 2022, 70 out of the …mass shootings in the United States were carried out by white shooters. By comparison, the perpetrator was African-American in 21 mass shootings, and Latino in 11. When calculated as percentages, this amounts to 53 percent, 16 percent, and eight percent respectively.”

The highest rate of deaths from police violence occurred for black Americans who were estimated to be 3,5 times more likely to experience fatal police violence than white Americans, says a report by the Institute for Health Metrics and Evaluation (IHME).

On June 29, a few days shy of July 4 Independence Day — supposedly celebrating over 200 years of American freedom — 25-year-old Jayland Walker joined the statistics of black people murdered by the militarised American police when eight law enforcement officers pumped over 60 bullets at him.

What began as a routine traffic stop a week before the 4th of July celebrations ended with a murder.

Walker died on June 29 2022 while trying to escape from authorities who had stopped him for a traffic violation in Akron, Ohio.

Released footage of Walker shows several officers, with guns drawn, approach a car that is slowing down and as it draws to a standstill, an unarmed person exits the passenger door and runs toward a parking lot.

Police chase him for some seconds before they open fire from multiple directions. The shooting lasts for about seven seconds. A very painful seven seconds.

It is hard to watch. But the world has always been forced to watch as the globe’s ‘peace-makers’ (pun intended), slaughter black people in the blink of an eye.

US officers are not only armed with guns but have tasers/stun guns too. Tasers have a shooting range of about six metres and in the video it was possible to tase him just as he got out of the car, but according to media reports only one cop used his stun gun.

On this particular day, over 90 rounds were fired on a fleeing suspect by eight policemen. This show of excessive force has become the norm for American police officers against blacks.

According to the US police, officers are trained to shoot until the threat they perceive, and/or reasonably believe is present, has ended. But one wonders how much of a threat one unarmed man was in the face of more than eight policemen for them to fire over 90 rounds of ammunition.

Jayland was running from the police and, therefore, could not be considered a possible threat seeing as he was stopped for a routine traffic check.

According to the coroner’s report, Walker died of multiple gunshot wounds to the face, abdomen and the upper part of his legs.

“Actions by the suspect caused the officers to perceive he posed a deadly threat to them. In response to this threat officers discharged their firearms striking the suspect,” police officers said in their own defence.

Walker was pronounced dead at the parking lot where he was shot.

Some say Walker died because he ran away.

Why did Walker run away?

It is a fact that for a black person, especially male, pulling over for police is more of a death sentence.

In 2015, white mass murderer Dylan Roof fatally shot nine members of a black Church in Charleston and injured others before he was apprehended after a 16-hour manhunt but the police provided him with a bullet prof vest and took him to burger King because, ‘he was hungry’.

On May 14 2022, Payton Gendron, white, walked into a grocery store, killed 10 black people and injured three more. He evaded arrest but was later apprehended without injury.

He allegedly evaded arrest but was apprehended, again without injury.

On June 27 2022, we then have Jayland Walker, black and unarmed, stopped for a broken tail light, but shot 60 plus times.

If white people commit even the worst of crimes, they are apprehended peacefully. With black people, it always ends tragically.

Had such an incident happened in Zimbabwe, then the Embassy and their proxies would have protested human rights violations and how undemocratic the Government was and how it should be held accountable.

The eight police officers who were directly involved in the shooting were placed on paid administrative leave. This is more like a slap on the wrist, a holiday with benefits. America is basically saying ‘well done’, get some rest and enjoy your benefits whilst at it.

Indeed, we have been there before — remember George Floyd!

His murder occurred in full view of the world as it was recorded. In 2020, a police officer in Minnesota knelt on his neck and back for more than nine minutes

Breonna Taylor was shot at least eight times by three police officers Trayvon Martin, Walter Scott and Michael Brown Jr. It is an endless list of young vibrant blacks whose lives ended prematurely at the hands of the United States police.

On July 4 1776, while Americans were celebrating their independence, black people were still being beaten, tortured and killed.

And today, nothing much has changed.

The US has time-and-again failed to live up to the values and norms they claim to hold dear. The world has borne witness to the injustices faced in America

Part of the US Declaration of Independence reads: “That all men are created equal, that they are endowed by their creator with certain inalienable rights; that among these are life, liberty and the pursuit of happiness.”

But contrary to that, the US is the hub of human rights abuses. Uncle Sam is well known for his rough hand when dealing with his own people, especially those of colour.

On July 5 1852, Frederick Douglass, an abolitionist, orator and statesman, delivered a timeless speech for the Fourth of July celebrations, portraying the hypocrisy of the day. ‘The meaning of July Fourth for the Negro’ it was called.

Douglass called the US ‘a barbaric nation without rival’:

“What to the American slave is your Fourth of July? I answer, a day that reveals to him, more than all other days in the year, the gross injustice and cruelty to which he is the constant victim. Yet even though his eyes had witnessed these despicable crimes, his heart bore the burden and his body the scars, he could not despair of this country.

This Fourth of July is yours, not mine. You may rejoice, l must mourn.”

According to Amnesty International Report 2021/2022, the US government repeatedly used lethal force in countries around the world, including with armed drones in violation of its obligations under international human rights law.

Libya is crying foul after the murder of Muammar Gaddaf and the destruction of its economy.

Iraq, Syria, Afhganistan and many others are crying and reeling from the torture and barbaric actions perpetrated on their people by the US.

They are murderers in their own right.

Their deep seated racist tendencies toward black people and their relationship with the likes of Masaraure and Chamisa should sound alarm bells. For most blacks in the US, the 4th of July is meaningless.