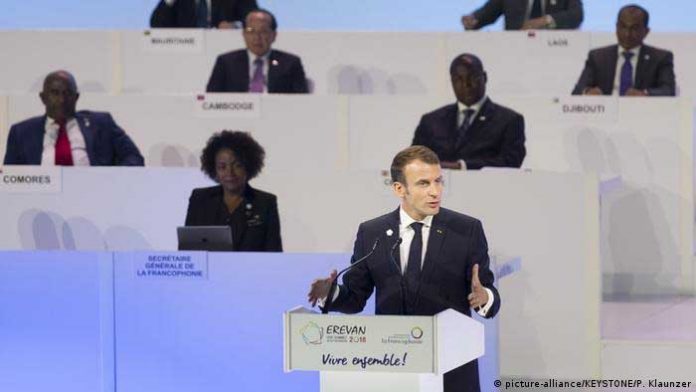 FRANCE is fast becoming the iron tip of the Western spear of neo-colonialism and the least surprising thing is that the recent gathering in Paris, under the so-called France-Africa Summit, did nothing to address Africa’s real pressing issues, especially the colonial legacy issue.

The country that mostly carved up West Africa during the colonial era  has become the face of the impending neo-colonialism agenda that is being subtly pursued by Western powers in the wake of the global humanitarian and economic disaster that has been created by the devastating COVID-19 pandemic.

France, like many of its Western counterparts, has a wretched record when it comes to its dealings and handling of its former colonies.

Its firm grip on its colonies, in particular the shameless manipulation and looting of their resources should have under normal circumstances topped discussions at that devious gathering of supposed new beginnings.

When he summoned African leaders to his country, French President Emmanuel Macron claimed the summit was ostensibly to tackle the COVID-19 pandemic and push for debt cancelation of several African countries, but the inescapable reality is that France is trying expand its colonial base using entities like IMF to drive that agenda.

Not many are fooled by those antics.

Africans of a progressive disposition are acutely aware that the COVID-19 pandemic has rattled many economies in the West and there will be a scramble for resources in Africa which is still a green veld in so far as land and resources are concerned.

It is from this point of view that we find it worrying that African leaders scampered to France to be taught how to manage their economies by a colonial master that is surviving on the benevolence of its former colonies.

Why was the summit not held in Africa, at AU headquarters for instance?

Why was the summit not held on a neutral venue if there was sincerity on the part of France?

These and many other questions, while forming the basis of our distaste of that gathering, also help in unmasking the real France especially when it comes to looting African resources.

History which happened as recent as October 20 2011 is the best teacher in that regard.

We will not forget that the last time a French president shook hands with an African leader, the dream of United States of Africa immediately vanished.

Gaddafi who was pursuing the United States of Africa dream, was haunted for more than seven months by NATO war mongers before he was eventually captured and brutally murdered on October 20 2011.

‘A French secret serviceman acting on the express orders of Nicolas Sarkozy is suspected of murdering Colonel Gaddafi, it was sensationally claimed today,’ reads in part a report in The UK Daily Mail on October 2012.

‘He is said to have infiltrated a violent mob mutilating the captured Libyan dictator last year and shot him in the head.

‘The motive, according to well-placed sources in the North African country, was to stop Gaddafi being interrogated about his highly suspicious links with Sarkozy, who was President of France at the time.

‘Sarkozy had every reason to try to silence the Colonel (Gaddafi) and as quickly as possible.’

This is why we are wary of the motives of the France-Africa Summit.

This is so especially when the likes of IMF are part and parcel of the gathering.

Zimbabwe has a lesson or two to proffer to those who are being lulled by the discredited Bretton Woods entity.

But let us hear what the France-Africa Summit was about.

Macron told the media after the summit that he had ‘agreed’ with African leaders to ‘persuade’ rich nations and the IMF to reallocate US$100 billion in the entity’s special drawing rights monetary reserves.

This, Macron said, should be achieved by October 2020.

‘The Paris Summit on the financing of African economies is a summit of urgency in response to the pandemic. It is also one of ambition. Because Africa has everything it needs to succeed: youth, productive strength and an ability to meet challenges. We are mobilised by its side,’ said Macron.

‘Our work in the next few weeks will be to make the same rate of effort as France, starting with the United States of America, and I know all the work that we will have to do with Congress and the executive, but I am confident.’

Macron said the summit would provide a ‘new’ deal for Africa and his statement was not short of takers.

“This is a new start, a new deal for Africa,” said Senegalese President Macky Sall.

The IMF too was excited about the prospect of ‘helping’ Africa.

The institution’s managing director Kristalina Georgieva ‘lamented’ the economic gap between Africa and the developed world.

“On the $100 billion, is it enough? Let’s be very clear, no it is not enough. We have a financial gap just to catch up with the impact of COVID for the continent of Africa of $285 billion, she said.

“It is genuinely an all-hands-on-deck situation.

“We have to make the private sector attracted to go into a risky environment by de-risking investments.”

In Paris, there was abundant love for Africa.

On Monday France ‘offered’ US$1, 5 billion to oil rich Sudan to pay its debt to the IMF.

As a sign of goodwill, Macron announced that France had written off Sudan’s US$5 billion debt.

“Despite the difficulties, considerable progress has been made since the fall of the old regime,” Macron told the media.

We are in favour of entirely cancelling Sudan’s debt towards France.

“We are expecting from other participants to make a similar effort, which is the needed effort to free Sudan from the debt burden.”

The US, Britain and Germany also said it would ‘assist’ in Sudan’s debt repayment programme to IMF.

“Great hopes rest on the success of the peaceful revolution in Sudan,” Germany Foreign Minister Heiko Maas said in a statement.

“The political and economic reform process that has begun is arduous, but it offers a historic opportunity for more peace, economic prospects and freedom for the people of Sudan. Germany has stood shoulder to shoulder from the very beginning.”

They create conflicts, put African nations in huge debt and pretend to be helping the continent when they are in fact looting.

Zimbabwe has demonstrated that internal resources can be harnessed to develop the economy.

Many infrastructure programmes that are on-going in the country have been funded mainly by local resources.

As African leaders who gathered in Paris trooped back to their respective countries, they should have been armed by the knowledge that nothing comes for free especially where France and Western powers are concerned. 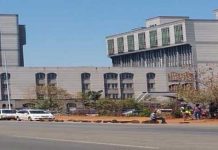 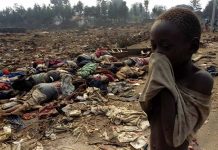 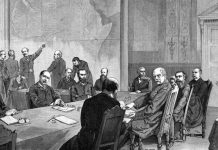