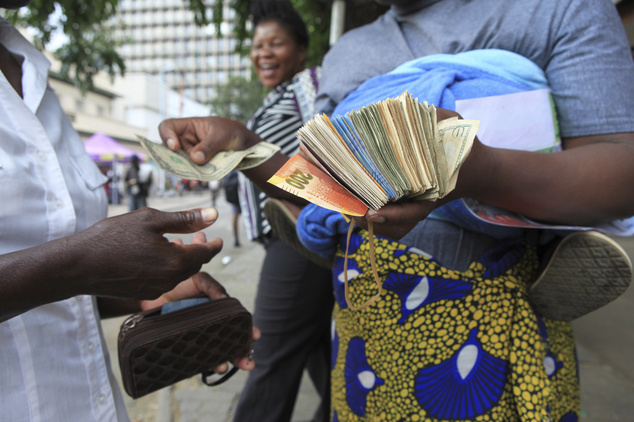 CONTINUING to tell the story of Zimbabwe’s struggle to claim, re-launch and defend its own money, we start this week by referring to two stories: ‘Zimbabwe dollar under siege again’, The Sunday Mail, May 24 2020; and ‘Civil Servants in fresh call for US dollar salaries’, Daily News, May 25 2020.

Given the havoc unleashed on the Zimbabwe economy by the current COVID-19 pandemic, the demand for US dollar salaries coming from civil servants can only suggest that we suffer from collective madness which somehow enables so many to deny economic realities.

It is worth citing two views from the first story: that of Reserve Bank of Zimbabwe (RBZ) Governor Dr John Mangudya and that of the so-called Confederation of Zimbabwe Industries (CZI).

According to the same Sunday Mail, the RBZ Governor blamed the rapid deterioration of the Zimbabwe dollar on “…people manipulating the currency (exchange rate) for selfish reasons.” He was cited as saying:

“These are geniuses at currency manipulation and when we say there is a demon causing problems, we do not mean real demons, we mean the force behind these challenges cannot be touched, but it is there…

They just wake up and say the exchange rate (for the Zimbabwe dollar to the US dollar) is (ZWL) $70 today, but who buys at that rate? Probably no one, but they just want to push the rate up.

We have big companies (in CZI?) that are mere followers of this and so everyone becomes a follower, that is why I said there is need for  contact tracing to see who is causing it; that is treating it (the speculation) like COVID-19.”

In the same Sunday Mail, the CZI was quoted as restricting itself to abstract theorizing of the speculative behaviour even among corporates, in order to blame it on the RBZ in particular and the Government of Zimbabwe in  general.

There was no reference in the CZI response to real everyday conduct on the streets or in the banks or boardrooms and no reference to any actual research:  just theory, as paraphrased by the reporter:

“The Confederation of Zimbabwe Industries (CZI) believes that the rate management system is causing exchange rate volatility. The business lobby group opines that a two-tier exchange rate regime might help stem the tide.

CZI proposed a crawling peg, a variable rate system adjustable by the previous month’s inflation rate, and a truly floating rate based on an independent Reuters system.”

The theoretical posturing here was meant to throw off the reporter.

What came out clearly was that the CZI represented privileged entities who enjoyed access to foreign currency and were mainly interested in hedging their financial assets against inflation without being concerned too much with production and productivity which would be the most effective means of curbing inflation.

The point in the CZI position was captured clearly by the reporter and it has been the CZI’s stock response from as far back as anyone can remember:

“It (the CZI) added that any exchange rate regime needed to be complemented by an iron-clad grip on money supply.”

This is the typical classical response to inflation by entities who are not interested in production and productivity.

They are usually interested in maintaining their current dominant position, the status-quo, and this is seen as dependent on ‘an iron-clad grip on money supply’.

The corporate behaviour which the RBZ Governor hinted at and which anyone trying to do business in pursuit of productive activity has also noticed is reminiscent of what we saw in 2007-2008.

The CZI reply given to The Sunday Mail reporter cited in the preceding paragraphs was mere waffling.  It was meant to avoid any real reference to actual behaviour, to actual values or principles or to actual intentions or plans.

One exception to this waffling was an article by the late Eric Bloch, who was an outstanding member of CZI.

On March 30 2007, Eric Bloch published a piece which, among other things, referred to the destructive and irresponsible behaviour of some members of the CZI which fuelled inflation and destroyed the national currency:

“…Since the beginning of February (2007), much of commerce and industry has been pursuing operations in a manner that can only hasten the Zimbabwean economic collapse.  The captains of business…are apparently now driven to pursue self-destruction or, in other words, to commit hara-kiri, but to do so with the same philosophy as suicide bombers, being to destroy not only themselves, but also all others … ever greater numbers of industrialists, wholesalers and retailers abandoned the traditional approach of determining selling prices by aggregating direct costs of goods produced, the proportion of operational costs as attributable to the sale of such goods, and the desired profit margin.  Instead they have resorted to calculations based on anticipated replacement costs, plus a forecast inflation-adjusted profit margin.”

Some readers might feel that February 2007 is too far back; that the gross misconduct by business people documented then no longer represents their behaviour in 2020.

The truth is that the conduct of many members of the Zimbabwe National Chamber of Commerce (ZNCC) and the CZI has gone from bad to worse.

In the month of April 2020, the Government of Zimbabwe invited all key stakeholders in the economy, including the CZI and ZNCC, to a conference against speculative behaviour and price gauging.

Readers may have read The Herald newspaper’s editorial of May 27 2020 titled ‘Why we should be concerned’.  That editorial confirms that the corporate sector, for the most part, paid only lip-service to the consensus on pricing and speculation reached in March 2020.  That editorial also referred to concrete statistics demonstrating rampant cheating and deception in the business sector, including the manufacturing and selling of fake or defective personal protective equipment and sanitisers for combating COVID-19.

Dominant elites in Zimbabwe’s economic history have always relied on pushing self-fulfilling prophecies. They start with a position which favours their minority interests.  They then try to use the press to make this minority position sound like a majority view.  If it cannot be sold as the majority view, it has to be presented as the natural, inevitable and unavoidable position. Routinely, they have always depended on blaming someone else for their conduct, especially the Government.

Whatever damage the dominant minority wreaked on our land reform and its objectives, it could not reverse land reform because the land revolution was understood and accepted by the overwhelming majority of the people based on their organic value systems.  This is not the case with the struggle for our own money.

History shows clearly that money is not just an instrument used to create value; it has to be based on clearly understood values as well, in order to achieve resonance among the people.

The people have to be invited, encouraged, to embrace their own money and to defend it.

In a book titled The Spirit of Democratic Capitalism, Michael Novak elaborated the same concept of indigenous industry, agriculture and commerce as an extension of God’s creation, which view was an integral part of the Second and Third Chimurenga here.

The main thing still missing from the land revolution in Zimbabwe now is a national currency to free MaDzimbahwe from their total dependency on the US dollar, ‘mari yechibharo’.

“Gold, silver and materials of barter were largely supplanted by symbolic paper.  Moreover, this paper came to depend to an unprecedented degree upon public trust.  Thus, in our day, economists measure ‘consumer confidence’ ‘inflationary psychology,’ ‘business confidence,’ ‘investment climate.’  The stability of societies has become an important factor in the value of their public currencies and their economic assets.

(One’s own money) is in part a symbol of social health and confidence in the future, and it is regarded in a quite secular sense as an act of faith, trust, confidence, and even fraternity.  It has come to be seen as the key to development and peace and justice.

This ethos legitimated the completing of creation as it sprang from the care of providence.  The value of money springs from foresight into the future: from pro + videre.  This new conception of money, therefore, also altered the conception and value of time.”

To create one’s own currency is, therefore, an act of faith, asserting one’s belief in national independence, autonomy and sovereignty.

Unfortunately for MaDzimbahwe, our  finance and business leaders are totally removed from this history, this ethos.

They rely solely upon top-down pronouncements based on theory.

When it comes to the popular acceptance and defence of one’s own money, there can be no substitute to effective communication and people mobilisation in order to achieve mutual understanding and common ground.

We end this contribution with some reference to another period of capitalist (financial) crisis, the period of the Great Depression of the 1930s.

Marrinner Eccles, the man whom the US Congress and US President Franklin Delano Roosevelt agreed to appoint and confirm as chairman of the US Federal Reserve Board, had, in his hometown, come face-to-face with the power of public expectations and speculation before he was appointed.

One morning in Colorado, a big mob of depositors queued in front of one of his banks wanting to withdraw all their funds on the basis of rumours spread by speculators.

He gave his chief cashier and the bank tellers instructions to slow operations so that fresh notes would arrive from the Federal Reserve while most of the mob was still there at the bank.

He then jumped on to a high platform and addressed the mob as trucks were just entering the premises with new notes.  He told the mob that there was absolutely no need for all of them to have come to the bank at the same time for the same purpose of withdrawing funds.

There would be enough money in the bank for those who needed it when they really needed it.

There would be enough left over for those who would need money later and for many days and weeks in the future.  There was also enough money at the Federal Reserve for all necessary transactions in the future and people should come to the bank when and if they needed their money to meet their obligations and engage in daily business.

This underlined the importance of effective communication in any economy and about the public aspects of banking.

Those who were coming out of the bank also confirmed to those still queuing that they got all the money they had demanded.

As a result, the majority of those who had queued outside the bank decided to go back to their jobs and businesses, since they really did not need their money that day.

The bank then resumed normal operations at a normal pace and the stampede was neutralised. Communications are now more complicated that they were in the 1930s; but the basic principles remain the same.

Each depositor must be addressed, reassured. 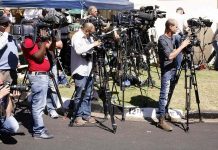 Danger of misreading US and Western politics 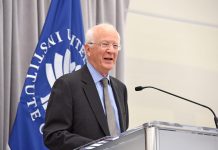 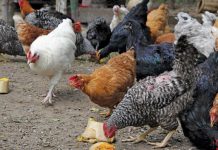