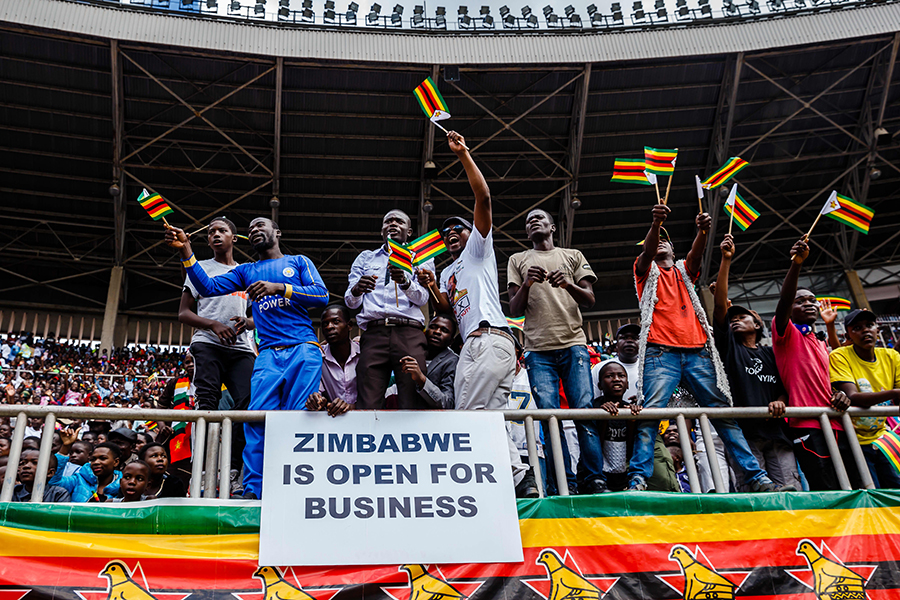 AS Zimbabwe turns 42 on Monday, it will not be hyperbolic after all to suggest that not only will be the celebrations unique, they might actually be the biggest in the country’s history and for good reason too.

Rarely do we get to commemorate an anniversary that coincides with the aspiration of a certain religion’s disposition, let alone celebrations that come on the back of visible progress both politically and economically.

There will be so much to celebrate on Monday – leaving no one and no place behind.

Going into Monday’s festivities, ZANU PF, the ruling Party, duly has a spring on its step, having thwacked the hopelessly out of sorts opposition parties in their numerous fragments in the March 26 2022 by-elections and sent a timely message to the West, the opposition’s handlers that this country is not about to be surrendered to their permeable hands.

The ruling Party retained all its seats and managed to grab two from the hopeless opposition, while crucially making significant inroads into the opposition traditional strongholds, urban areas which have been rendered almost moribund due to the country’s puppet parties’ breathtaking ineptitude.

And the new dispensation, which assumed power in November 2017, is going all out to attend to the damage wrought by the opposition’s councillors in local authorities through an array of interventions that have rendered the opposition’s fallacious claims that they will breathe life into the country’s sanctions battered economy.

Illegal economic sanctions which they called for in the first place, which they brazenly and guilelessly endorse, all in the wake of the damage they have caused to the lives of the innocent masses of this country and beyond.

This of course, is one of the few aberrations to the unity that has been exhibited by Zimbabweans since November 2017, unity which is manifesting itself through the development that is taking place in the country.

This development has not been seen since the turn of the millennium when Britain, led by its then Prime Minister the truculent Tony Blair, waylaid the Western world to impose illegal economic sanctions against a Zimbabwe that had, armed with logic and genuineness, decided to solve a key grievance of the war of liberation-land through the historic Land Reform and Resettlement Programme of 2000.

In order to understand the context with which the opposition, despite constantly making treacherous claims to the effect that there is no democracy in Zimbabwe, still has a life, it is critical to unravel the fact that it is a foreign-owned party, that is shamelessly fronting foreign interests.

They owe their continued but sickening existence to Zimbabwean politics to ZANU PF’s benevolence which they have time and again abused and squandered.

Consider the following statement by Blair in the House of Commons on June 4 2004:

“On the latter two points, we work closely with the MDC (now MDC-CCC) on the measures that we should take in respect of Zimbabwe, although I am afraid that these measures and sanctions, although we have them in place, are of limited effect on the Mugabe Regime.

“We must be realistic about that….it is important that we give every chance to, and make every effort to try to help those in South Africa – the Southern part of Africa (sic) to put pressure for change on the Mugabe regime because there is no salvation for the people of Zimbabwe until that regime is changed.”

Former US Secretary of State, the late Collin Powell, said in his July 4 2004 presentation that Uncle Sam wanted to replace ZANU PF with a pliant ZANU PF/MDC transitional authority, which could be relied upon to reverse land reforms and safeguard Western interests in Zimbabwe.

Equally revealing were the comments made by Powell that:

“And we (Bush administration) will continue to assist directly, in many different ways, the brave men and women of Zimbabwe who are resisting tyranny.

“If that happens (regime change), the US would be quick to pledge generous funding to the restoration of Zimbabwe’s political and economic institutions (which have been destroyed by the sanctions).

“Other donors (those Western countries that have imposed sanctions against Zimbabwe), I am sure, would be close behind (in restoring a Zimbabwe devastated by sanctions).

“Reading this, Robert Mugabe and his cohorts may cry, ‘Blackmail’.

“We should ignore them.

“Their time has come and gone.”

That is why ZANU PF which has weathered the storms from the West has every reason to celebrate on Monday.

Out of 28 Parliamentary seats that were up for grabs, 20 were won by the MDC Alliance or CCC in the July 31 2018 harmonised elections while ZANU PF won seven of those seats in those polls.

However, ZANU PF managed to reclaim Mutasa South and Epworth, in the process chewing heavily into the opposition’s bank.

And it is the recapture of the Epworth seat and council wards in Harare, Chitungwiza and Victoria Falls that is without doubt a huge statement of intent by ZANU PF that it will not sit on its laurels while the opposition destroys urban councils.

It is the reason ZANU PF will go into the celebrations armed with the knowledge that the country is in safe hands and that Zimbabweans have reason to believe that their country of blood and sweat is back to where it should be – right at the zenith as a franchise for total empowerment and emancipation of its citizens from colonialism induced poverty and suffering.

Almost every road in the local authorities that are being run by the opposition is in a sorry sight.

They are just out of depth and with absolutely no idea on how to run even a tuckshop.

Until the coming into office of the new dispensation, we had an ill-informed voter who made decisions based on the lies that were parroted by the opposition.

They have somehow managed to get away with it. However, as the rot has become deep rooted, voters are beginning to wake up from their slumber.

March 26 2022 was a day to cleanse the opposition mess and the voter responded in the manner that aids ZANU PF’s cause to bring sanity to local authorities.

Gone will be the perennial water challenges that have characterised the chaos in which our local authorities have been run by opposition councillors.

The same is seen in roads where for the umpteenth time the opposition has been an unmitigated disaster.

On road rehabilitation, Government announced last month that it had set aside ZWL$17 billion for the second phase of the Emergency Road Rehabilitation Programme (ERRP).

The massive strides on road rehabilitation are there for all to see.

Mozambique and Zimbabwe find each other again

The reason those of a progressive disposition embrace the month of April with all their hearts is because this is the month when we attained our freedom.

This is the month when painful memories of the country’s struggle for independence and freedom are evoked.

Early this month, President Emmerson Mnangagwa was in Mozambique, a country which hosted our freedom fighters as they took the enemy head on.

The visit was crucial in many ways.

“The upgrading of the relationship to cement the already existing friendship between Mozambique and Zimbabwe on Monday was a fitting reminder of the significant role played by our eastern neighbour in helping us attain our independence,” read The Patriot’s Editorial Comment last week.

“The timing, on the eve of our independence celebrations on April 18, could not have been more appropriate.

The presence of President Emmerson Mnangagwa, on a State visit, must have triggered nostalgic memories of the liberation struggle.

The President had fond memories of the friendship established during the liberation struggle while he was in Mozambique.

He recognised the much changed outlook of the then location of their accommodation and the party offices – all pointing to the memorable hospitality of their host.”

As we celebrate this unique Independence Day, let us do so with our heroes and heroines in mind and also armed with the knowledge that we still have puppets in our midst.

However, nowhere in history have puppets triumphed over the people. They always end up miserable.