THE American presidential elections have come and are about gone.

Most Zimbabweans who keep politics on their home screens were watching Donald Trump’s performance and hoping that he would stumble and fall from the presidency.

He did, but much as Zimbos believe in miracles, Trump’s fall from grace was largely of his own making.

After refusing to accept that the coronavirus was real and that even if it originated from China, it could kill a white person, Trump continued to think he was invincible.

And the American people made their choice; it was Joe Biden!

Zimbabweans are constantly haunted by the diabolical sanctions imposed by the US on their beautiful country.

At first, sanctions were understood by those Zimbabweans who could read and speak English.

They were part of the news bulletins.

They were targeted at a few ZANU PF politicians; the opposition loved them! And then? Well, we have all become aware that we are sitting in the stewing pot even as the Western countries are increasing the heat.

No targeting; all are being stewed!

Even those who flew to Washington with drafts of the sanctions law thought they were really smart, collaborating with the leaders of the ‘free world’ against a ‘government of terrorists’ who wanted to dispossess people with genuine legitimate title deeds for the most fertile parts of Zimbabwe!

The pseudo-opposition politicians have come to realise that sanctions place all Zimbabweans in one roasting pan and as they turn the contents we all are burning up slowly!

One whiteman who I had considered a ‘friend’ for years shocked me when he said that Africans had no right to agitate for the transfer of land from whites to blacks.

He responded: “Because you see, the blacks do not know how to run farms! They know nothing about agriculture!”

And so I wondered quietly how bunches of Second World War veterans whose only skill was to fire a rifle or fly a bomber over Germany in efforts to defeat Hitler, could have come as ‘farmers’ to the then Rhodesia.

I also recalled how, as a young boy growing up in the Midlands, I saw how thousands of Ndebele-speaking people who arrived walking on foot after being driven off their lands in Fort Rixon and other parts of Matabeleland South.

They were seeking a place to stay. The locals called them ‘amadingendawu’. The local chiefs accepted and integrated them into the local communities.

The whites who drove these blacks from their fertile lands knew nothing about agriculture. It took many years for the white settlers to be trained to become farmers. They were dispossessing Africans of their land and cattle by force of arms, not because they knew how to farm.

By force of arms, the blacks defeated whites in the protracted Second Chimurenga War of 1963-1980.

Twenty years after political independence in 2000, Africans repossessed their ancestral lands during the Land Reform Programme.

As punishment for taking back their God-given land, the British mobilised their kith and kin in the US, Australia, New Zealand and Canada and then all members of the white race in Europe to impose economic sanctions on the people of Zimbabwe.

Such collective punishment by so-called civilised nations is shameful and a travesty of the much hyped human rights of black people.

I am narrating this background so that Zimbabweans appreciate where the sanctions are coming from and why an American presidential election is unlikely to trigger their removal any time soon.

In Shona, they would say the Zimbabwean people slapped a lion (the Anglo-Saxon nations) with their backhand (Kurova shumba nembama).

By taking back their stolen land and literally kicking out the white farmers.

The Americans and their European allies are saying: “Murungu haatorerwi chaapamba.” This translates: ‘You cannot take back what a white person has stolen from you,’ hence the imposition of sanctions on Zimbabwe!

And the black Zimbabweans have already apologised and are mobilising billions to compensate the white farmers. Never mind that the whites never paid user fees or even interest on the zillions of dollars that they made while holding on to African lands by force of arms.

A lion so provoked will tear the offending animal to pieces.

This explains the unprecedented assault on Zimbabwe’s economy by the same countries that have continued to suck the very lifeblood out of black Africa.

Typical of witches who have killed a person with their magic, these same countries come with ‘chema’ or ‘funeral aid’ to assist the poor and vulnerable Zimbabweans dying from hunger and disease as a consequence of the destruction of the economy by so-called targeted sanctions.

Because of Chinese and Russian vetoes in the UN Security Council, the Anglo-Saxons have failed to force the whole world to destroy a tiny country whose resources they covet.

An outright military onslaught on Zimbabwe is an option that has been put on the table. They lost a long guerilla war but are using sanctions to exert maximum retribution on innocent Zimbabweans.

How cruel can fellow human beings be?

Sanctions are a brutal tool; they destroy lives — no medicines, no hospitals, no food, no jobs. And using the media and many misguided Zimbabwean citizens, they lay blame on the country’s leaders citing corruption and other social challenges.

Much of the corruption arises due to the sanctions which deprive Zimbabweans of legitimate means of living. It is not sanctions, stupid! It is your corrupt leaders! Right? Wrong! Sanctions are the single most destabilising phenomenon on Zimbabwe’s economy!

And so back to US President-elect Joe Biden.

They say he was born in Fort Victoria (Masvingo) and migrated to America with his parents when he was 10 years old, fact or fiction? If so, legitimately he can claim to be Rhodesian and by default a Zimbabwean. Then he would be one of us by birth. Would he empathise with the suffering black masses of the country of his birth?

Why, if he was still here he certainly would be standing with his kith and kin, the white farmers, who have scored the landmark victory to be compensated for exploiting and profiting from our land for decades.

Maybe unlike Donald Trump he would feel that ‘justice’ has been served with the compensation deal and remove the sanctions to show some compassion!

Does compassion exist in the cut-throat world of political and economic domination?

I have my doubts!

Zimbabweans will still give Joe Biden the benefit of doubt!

It is a merciless war where one can ‘keep his cake and eat it too’.

The Zimbabwean economy is screaming as one American under-secretary called for!

Even though everybody in SADC and across the world is watching and praying that Zimbabwe might get some relief, is Joe Biden the man for it?

Will Biden feel pity for the black Zimbabwean victims of European colonisation?

His parents were part of the colonial forces. Someone circulated on social media a clip in which Biden, in a 1986 political debate in the US, launches a scathing attack on the racist Boer regime in South Africa and berates the American Government for doing nothing to rein in the Boers while blacks are being victimised.

Then Biden spoke with such passion on the side of black victims of apartheid.

Will he find the same energy as the new American President to come to the rescue of besieged Zimbabwe and lift the debilitating sanctions?

The Government of Zimbabwe and the ruling Party ZANU-PF in the new dispensation have adopted whole-heartedly the policy of constructive engagement and re-engagement.

It is not a surrender of Zimbabwe’s legitimate claims to that which is ours, our land, our resources, our sovereignty and our independence and unhu/ubuntu within the framework of the family of nations.

Sometimes we have to make strategic retreats which should never be equated to surrender but be part of diplomatic maneuvering.

Will this noble policy of engagement and re-engagement being pursued by our President E.D. Mnangagwa get positive response from President-elect Biden?

And so the question remains: Will Biden be man enough to give Zimbabwe a reprieve from the diabolical sanctions?

Of course often it is about empire and not individual interests or inclinations.

Obama was of African and Kenyan descent and while many people of African descent expected him to defend or ease the plight of oppressed blacks, he was held hostage by the empire, that which America stands for and is about.

That refers to values that are higher than being Republican or Democrat.

You would expect empathy from her. But will that emphathy transcend the gut interests of white America and the British Empire?

For Zimbabwe it is wait and see!

Zimbabweans have been led by local prophets to believe in miracles or ‘minana’ although history shows that all our achievements have come from hard honest sustained sweat and even blood!

From Cuba to North Korea to Iran to Venezuela, to Palestine and elsewhere, American policy has been guided by its strategic interests more than individual persuasions.

And certainly sympathy with the victims of colonial oppression is not one of the virtues of colonising powers!

Meanwhile, Zimbabweans must work hard to build their economy and not rely on handouts! 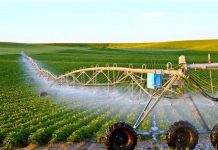 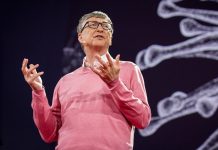 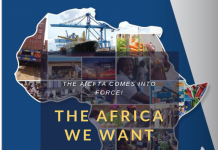