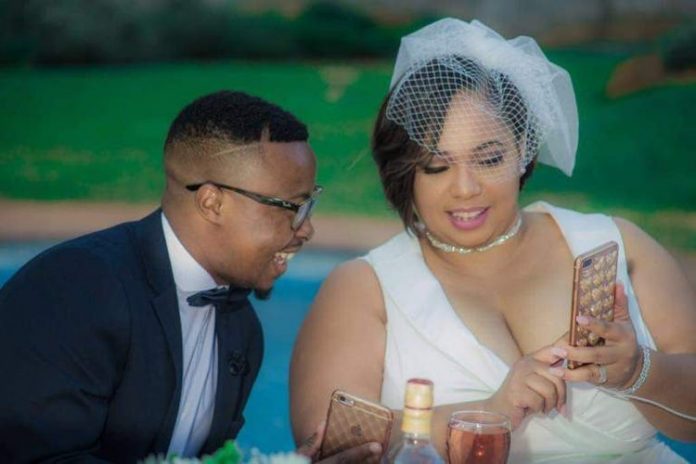 BIBLICALLY, when we talk of Samson and Delilah, it seems the trend has befallen our local arts industry — negatively.

Some of our musicians have fallen prey to local opulent women who flaunt their riches to gain popularity.

The young musicians have seen their promising careers go down the drain as these women have assumed control of their bands; names like Stunner, Tytan Skhokho and Andy Muridzo, among others, come to mind.

Tytan Skhokho, who was on the verge of making it into the music industry through his hit song ‘Mukoko’, saw his promising musical career nosediving as he was embroiled in a nasty love drama with Olinda Chapel.

The attention shifted from his career to the love affair with all it entailed; the wedding, the divorce, the visa issue and the HIV allegations.

Stunner had also suffered the same fate from Olinda as he was thrown out of the house after their affair went sour due to alleged infidelity. When she took her property from Stunner, which included cars, it painted Stunner as a gold digger and a directionless artiste.

When the grapes go sour, these ladies ‘rubbish’ the young artistes — from the bedroom to social issues.

The way they wash their dirty linen in public leaves the musicians’ careers and reputation in shambles. Even the recording stables will be ashamed to be associated with these artistes.

One example is Andrew Muridzo, better known in music circles as Andy Muridzo.

Andy is no doubt a talented artiste who rose to fame through his debut album Dherira, but was taken down by his love affairs with the raunchy dancer Beverly Sibanda and ‘rich’ socialite Nyarai Mukucha.

The cars, comfort and flamboyance made him ditch his wife and child Keketso.

His fan base later dwindled because they sympathised with his wife Chido Manyange, whom he had ditched through public ‘spats’.

The fact that he left her for a woman who lured him with riches earned Manyange respect and sympathy from Andy’s fans.

Mukucha had reached an extent of meddling in the management of Andy’s Jitters Band, resulting in the whole band disintegrating.

He even admitted his fan base had dwindled and regretted his lapse.

He is now missing the good olden days before meeting Mukucha. What is regrettable is that Mukucha achieved her goals, that is fame through the talented Andy. She probably is looking for her next victim.

Alick Macheso got a close shave when he married Tafadzwa Mapako, one of his fans who used to frequent his shows.

The marriage lasted for only a year, ending in an acrimonious divorce.

The affair it appears was meant to humiliate the talented artiste and destroy a career he had struggled to build for years. His strong brand name saved him from sinking although he went on to produce a mediocre album Zvinoda Kutendwa.

All those maintenance cases were meant to milk him dry and make the Orchestra Mberikwezvo machine ground to a halt.

Macheso had this to say to the press: “I am just human, dai zvisina kuitika kwandiri waida kuti zviitike kunaani? People are there to destroy but one has to be strong enough  as it is part of life.” What he didn’t put in words is that one has got to be strong enough to avoid all that in the first place to maintain a good corporate image.

It is expensive to rebuild an image rather than maintaining it.

At one time, Macheso and Tongai Moyo couldn’t see eye-to-eye because of a certain lady who is the daughter of a local businessman.That lady had an affair with both of them such that they could no longer share the stage.

Besides the musicians mentioned above, there are a lot out there whose promising careers have been ruined by ladies who seek to ride on their fame.

Social media has exacerbated that.

The likes of Romeo Gasa quickly learnt from others’ mistakes and quit while they were still ahead. Even Jah Prayzah has not been spared either but he managed to escape the clutches of  a prominent businesswoman seeking fame through music stars.