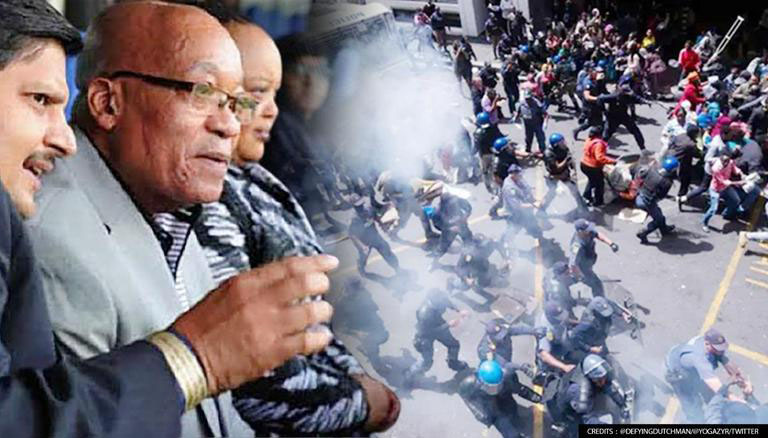 AS South Africa and the ‘rest’ of the world celebrated the International Nelson Mandela Day on Sunday, under a dark cloud of the instability that has rocked the nation emanating from unresolved colonial legacy, it was no surprise that in Zimbabwe a certain imprudent character who bears the name Tendai Biti was furiously pontificating and desperately trying to drag the country into the same murky issues that Harare’s neighbours are battling to contain.

It also did not come as a surprise that simmering tensions that South Africa had tried to mask over the years under the guise of ‘Rainbow Nation’ have finally unravelled in an uncouth fashion as many had predicted over the years.

The inescapable reality, which is now playing out in the full glare of the world is that South Africa has been sauntering dangerously on the rough edges of disaster born out of its failure to attend to fundamental issues of colonialism.

As the good neighbours that we are, we will share a lesson or two about humanity especially where emancipation of the masses is concerned.

Never mind the attempts to try and equate Zimbabwe to the disaster that is beckoning menacingly in South Africa if it does not address the aspirations of the masses.

The idea, which no longer has an audience is to try and project Zimbabwe as a ‘failed’ State on the basis of its resoundingly successful Land Reform and Resettlement and the Indigenisation and Economic Empowerment Programmes.

The successes of those programmes are there for all to see.

The steady progress that is being witnessed in all sectors of the economy attest to the ubiquitous fact that economic empowerment of the masses is the way to go.

We will first attend to the Mandela day, then unpack the South African economy before we take head on our own belligerent Biti.

There is this disturbing narrative that seeks, with failure, to cast Mandela as South Africa’s saviour but we will be brutal with some pervasive truths here.

While Mandela birthed South Africa to independence, the truth is that he did little or nothing to attend to the aspirations of his people.

The chaos that rocked his country has its roots firmly steeped in that failure to address colonial imbalances.

We leave it there and hear what South Africa President Cyril Ramaphosa said during the Mandela fete.

“We all admit there were lapses, we will gather ourselves and do a proper review,” said President Ramaphosa.

“People want to defend what we have in the form of democracy, our constitution and economy.

“But this Nelson Mandela Day was different to previous years. It took place in the aftermath of a week in which parts of our country were gripped by violence and mayhem.

“It was a week in which we were confronted by deeply unsettling images of desolate owners standing outside the shells of what was once a thriving business; of looted shops and warehouses; of burning trucks and buildings and streets strewn with debris; of anxious citizens barricading their communities; and of snaking queues of people lining up to buy food.

“Despite this, we observed Nelson Mandela Day not as country on its knees, but as a people who collectively embody the spirit of Nelson Mandela, perhaps as never before.”

That South Africa has one of the most unequal economies in the world is beyond dispute.

The majority in that country do not have access or control of the economy.

The report presents sobering lessons on how South Africa urgently needs to restructure its economy if it is to avoid instability in future.

“According to government statistics, control of the economy remains rigidly racilaised in favour of the 7,8 percent of the population who are white to the exclusion of the 80,8 percent who are black

African,” reads the report in part.

“The annual data released by the B-BBEEC in July reveals that black ownership in reporting companies across the economy was just 29 percent in 2019, compared to 25 percent in 2018 and 32 percent in 2016. No single sector of the economy has more than 50 percent black ownership in large entities, with entities in historically white-dominated sectors of the South African economy such as finance (25 percent) and agriculture (12 percent) particularly resistant to change. Construction (48 percent), property (42 percent) and ICT (36 percent) are deemed to be showing “relatively good” progress. Black women remain particularly marginalised, with their average ownership of large entities just 12,1 percent.

“Control of South Africa’s boardrooms remains similarly racialised. Black representation on JSE-listed boards is just 43 percent, 20 percent of whom are black women. According to the government’s Commission for Employment Equity report for 2018-19, 66,5 percent of top management in reporting employers are white, compared to 15,1 percent African, 5,3 percent coloured and 9,7 percent Indian, with the rest comprised of foreign managers. At senior management level the picture is slightly improved, but white managers still outnumber Africans by 54.4 percent to 23,2 percent, compared to 8 percent coloured and 11,1 percent Indian, with the remainder foreign.”

Biti represents no one in particular in Zimbabwe except his American handlers .

However, anyone of a sane disposition is coming to grips with the fact that Zimbabwe’s economy is indeed on a rebound.

The pugnacious MDC vice president who flaunts himself as the ‘best’ finance minister in Zimbabwe is stuck between the grim choice of going with the facts or continuing opposing everything Zimbabwean.

On Sunday the man was trying to steal the glow from Mandela, harping about how ‘dead’ the country’s economy is.

These were of course his usual but now nauseating lies intended to please the unconcerned master.

“We are now ranked by Transparency International-Zimbabwe as the 20th most corrupt country in the world. What is shocking is that we have overtaken countries that have been traditionally associated with corruption such as Nigeria. At this rate in which corruption is accelerating in the country, I have no doubt that we will overtake every country in Africa,” Biti said.

Someone should probably whisper to him that the Zimbabwe Anti Corruption Commission (ZACC) and the Special Anti Corruption Unit (SACU) are very much in play and doing their job diligently. 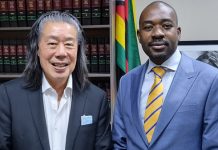