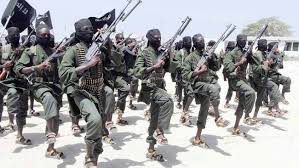 A SEETHING Islamist insurgence in Mozambique has intensified dramatically in recent months, with reports of attacks on passenger buses, Christmas Day village burnings, ambushes, beheadings, kidnappings and the brief seizure of two towns in the northern province of Cabo Delgado.

The deepening crisis has also cut hungry farmers off from their fields and livelihoods, heaping yet more misery onto communities still struggling in the aftermath of last April’s Cyclone Kenneth – the strongest to ever hit the African continent.

Known colloquially as ‘Cabo Esquecido’ or ‘Forgotten Cape’, Cabo Delgado is a northern province in Mozambique and borders with Tanzania.

Cabo Delgado is rich in rubies, gas and oil and a population that is 54 percent Muslim – whereas most of Mozambique’s population is Christian.

Mozambique has a Muslim population of about 18 percent.

According to the Armed Conflict Location and Event Data Project (ACLED), there have been more than 570 violent incidents from January to December 2020 in the province.

And the recent Palma attack saw a Zimbabwean also being killed.

The attack came hours after the Mozambican Government and French oil giant Total announced a resumption of operations at the vast Afungi project north of Palma, where work had been suspended since January after a series of insurgent attacks.

But the major question being asked is: Who is behind these insurgence attacks?

Islamic State (IS) says it’s a new ‘Central Africa Province’ branch – it claims this affiliate also includes rebels from eastern Democratic Republic of the Congo – is behind some of the attacks.

But a homegrown extremist sect – known locally as Al-Shabaab or Ansar al-Sunnah or Ahlu Sunnah Wal Jammah (ASWJ) – is also involved in the violence.

The connection between IS and Ansah al-Sunnah remains unclear, beyond occasionally attributed attacks, and the killers have not produced a Manifesto or put forward a leader with a clear religious message, leaving many doubting their jihadist leanings all together.

IS claimed its first attack in Cabo Delgado in June 2019 – seeking fresh pastures as it lost ground in its Middle Eastern strongholds.

In weekly magazines, members of IS attribute attacks by the youngsters to ‘soldiers of the caliphate’.

Militants with the black-and-white flag of the IS have been spotted around Cabo Delgado.

However, militant attacks in Cabo Delgado began as early as October 2017, which makes many think Ansar al-Sunnah is behind most attacks.

Who are Ansar al-Sunnah?

In Mozambique, the group’s origins go back to the 2000s when some young men within the Islamic Council of Mozambique began to develop a new reading and practice of Islam.

In Cabo Delgado, they created a sub-organisation within the Islamic Council called Ansaru-Sunna which registered legally with the State.

It built new mosques and preached a stricter form of Islam across the province.

Soon, a more radical and activist group formed within this sub-organisation and split off as a sect – what has become known locally as ‘al-Shabaab’.

This group initially concerned itself with religious debates, practices and opposition to the secular State.

In 2010, the villagers of Nhacole in the Balama district decided to get rid of the group and destroyed its mosque.

Sect members fled to the town of Mucojo, in the district of Macomia.

There, tensions flared with the local population and authorities.

The police had to intervene twice in Mucojo.

In 2015, they were called in because the sect tried to forcefully impose a ban on alcohol in the town.

Death and injuries ensued when a sect member fatally stabbed a policeman.

Following these spates of violence, government began to arrest and bring some group leaders to court across the province.

The men were accused of engaging in disinformation, rejecting State authority, refusing to send their children to school and using knives to protect themselves.

This seemed to have been the tipping point to resort to arms.

Another aspect is the group’s international connections.

Much has been said about links to Somalia, Democratic Republic of the Congo and Uganda.

Mozambicans call them Al-Shabaab, although it has no known link to the notorious Somali jihadist group of the same name.

Other researchers have documented connections pointing in different directions: to radical clerics and their followers in Kenya and Tanzania and to Sudan, Saudi Arabia, Libya, and Algeria, where some hardline Cabo Delgado residents completed religious scholarships.

But it seems most connections are with Tanzania and Kenya.

Mozambican Islamic clerics have trained in Tanzania for more than a century and exchanges have taken place for longer among religious communities on both sides of the border.

After Tanzanian radicals became violent and the State responded forcefully against them after 2015, and particularly strongly in early 2017, some of them took refuge in the Mozambican ‘al-Shabaab’.

This has reinforced and partially internationalised the insurgency.

However, some opine the group was reportedly formed in 2015 by followers of the radical Muslim Kenyan cleric Aboud Rogo Mohammed, who resettled in Mozambique.

The group has spent the past two years operating in the shadows, attacking remote villages across the province, ambushing army patrols on isolated roads, instilling terror in many rural communities, forcing perhaps 700 000 people to flee from their homes, but rarely giving any indication about its motives, its leadership or its demands.

The group has exploited poverty, land inequalities and unemployment to recruit youth in their fight to establish Islamic rule in the area.

Many locals complain they have benefitted little from the province’s ruby, oil and gas industries.

A resource curse in Cabo Delgado?

Discoveries of rich off-shore natural gas reserves and oil deposits in Cabo Delgado, by the Rovuma Basin, have triggered the interest of several fossil fuels’ multinationals.

In addition, vast deposits of rubies were discovered in northern Mozambique and now half of the world’s gemstones come from there.

In 2011, gas estimated to be worth more than US$60 billion was discovered off a major off-shore gas field, putting it just outside the top 10 producers in the world.

The Italian fossil fuels company ENI was the first, in 2006, to be granted an exploration permit of the area.

Total clinched the largest share in the deal’s liquefaction projects, but there is interest from other partners too.

However, before multinational corporations swooped in, there were a number of young artisanal miners working in the area.

Youths who needed jobs were kicked out and with some political analysts saying this rendered them malleable to the insurgency, and the external drive to make them join it has grown since.

Yet some opine the militant groups could be a proxy for international powers.

Could Cabo Delgado be on the same pathway as the DRC and Libya?

What is the role of US forces?

A week after the US State Department added the Islamist insurgents in northern Mozambique to its list of ‘foreign terrorist organisations’, the Pentagon had sent a team of military advisors into the conflict zone.

US Special Operations Forces will be in Mozambique for two months to train local marines to fight the jihadist insurgency in the north-eastern Cabo Delgado Province.

“US special operations forces… will support Mozambique’s efforts to prevent the spread of terrorism and violent extremism,” the US Embassy in Mozambique said on March 15.

Clearly, the US is trying to extend its influence.

Is it coming in to help the Mozambican government or to secure its Anadarko and ExxonMobil gas interests?

Remember in 2019, a US gas giant Anadarko convoy came under attack in northern Mozambique on a road linking Mocimboa da Praia to Afungi Bay in Palma.

However, it seems, for the US, the conflict appeared to reach a turning point at the end of December when the militant groups carried out attacks for the first time just a few kilometres from a multibillion-Euro gas project operated by the French oil company Total.

The liquefied natural gas facility at Afungi was forced to suspend operations.

On March 10, the US Government designated Al-Shabab in Mozambique a foreign terrorist organisation, describing it as an IS-affiliate.

Could this be the opportunity for the US to flex its muscle using the US Africa Command (AFRICOM) base in Botswana?

Headquartered in Botswana, it is reported AFRICOM has carried out more than 5 000 covert operations since 2013.

Billions of dollars are said to have been poured into Africa to build bases and gather intelligence.

The P100 million Thebephatshwa Airbase in Botswana has been rumoured to be housing AFRICOM.

From its inception, it was very clear it was far too big for the armed forces of a country of less than two million people.

With advanced underground bunkers for planes, it was very clear that even the funding came from outside.

At the heart of the surveillance operations are small turboprop aircraft disguised as private planes.

Equipped with hidden sensors that can record full motion video, track infrared heat patterns and vacuum-up radio and cellphone signals, the planes extend their flight range by thousands of miles.

And the US Embassy in Harare, Zimbabwe, is nothing short of the expansion of AFRICOM.

It seems the US has been busy fortifying and increasing their presence in Southern Africa.

Portugal, the former colonial power in Mozambique, has also committed to training the military.

Portuguese Foreign Minister August Santos Silva told State TV channel RTP that a team of “…around 60 soldiers were gearing up to be sent to Mozambique in the coming weeks.”

He added that the team would “…support the Mozambican army in training special forces.”

Lisbon is also petitioning the EU to send an international military mission to the region to back up the Mozambique Armed Defense Forces (FADM).

Although the Mozambican Government is discreet about acknowledging their presence, private military contractors have been reportedly operating in the region alongside its security forces.

But many would ask: Is use of foreign armies and mercenaries the required solution?

In situations such as the Lake Chad Basin, the Sahel Region, Libya and Somalia, the initial counterinsurgency responses, which resulted in a military stampede inclusive of foreign armies and mercenaries, have not, over the many years of their deployment, yielded the desired result – to break the back of the so-called insurgents.

There are concerns that the conflict, if mishandled, could spread into neighbouring Tanzania, Zimbabwe and perhaps even to South Africa.

The 16-nation SADC, a regional trading bloc, has said it is committed to helping Mozambique combat terrorism and violent attacks.

SADC has since convened a Double Troika Summit in Mozambique and agreed to urgently resuscitate and capacitate its Force Intervention Brigade (FIB) to facilitate deployment in Mozambique.

FIB was first conceived as an arm of the United Nations Organisation Stabilisation Mission in the DRC.

It is composed entirely of troops from South Africa, Tanzania and Malawi.

At the meeting, SADC resolved to immediately deploy in Mozambique as it prepares a proportionate regional response to terrorist attacks in Cabo Delgado.

Defence Ministers from Botswana, Zimbabwe and South Africa, which currently make up the Troika Organ on Politics, Defence and Security Co-operation, will meet on April 28 to prepare a follow-up extraordinary meeting of the Organ Troika the following day.

A communiqué at the end of the summit said the heinous attacks could not be allowed to continue.

But will an exclusively SADC military intervention in Cabo Delgado just cut it?

SADC should initiate, concretely, a deepened dialogue with other regions and countries in Africa to better appreciate what their experiences with stabilisation efforts have been, so that they, too, do not opt for policy responses that will result in them coming unstuck in a military confrontation that would have no end.

Patience Rusare is a Rotary Peace Fellow at Makerere University’s College of Humanities and Social Sciences. She is also an Institute of Economics and Peace (IEP) Ambassador.