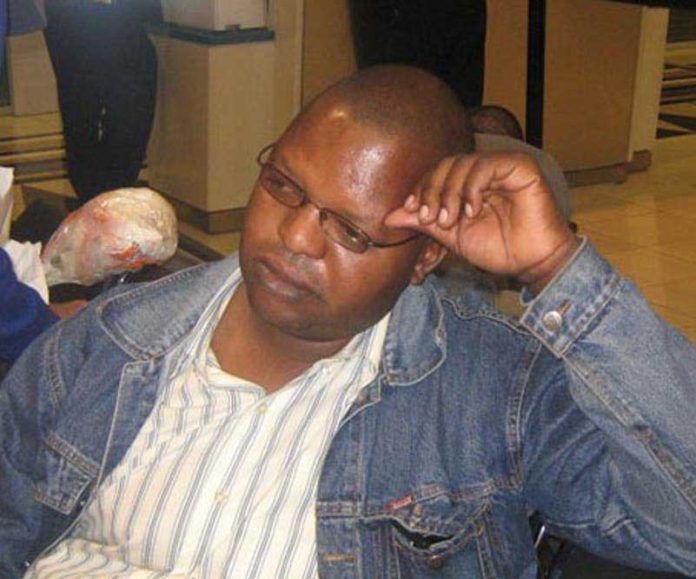 THE PATRIOT has, in previous editions, unmasked several NGOs in the country as agents of regime change.

Every year, so-called donors, particularly from the West, pour millions of dollars into NGOs purses in Zimbabwe under the guise of ‘safeguarding human rights and promoting democracy’, among other things.

Are the funds, however, being used by NGOs for their intended purpose because The Patriot can exclusively reveal there are reports that many NGO leaders are globetrotting, abusing donor funds, living luxurious lifestyles, including building posh mansions and driving expensive cars.

This, in fact, is an outright disgrace for NGOs which are supposed to play a critical role in advancing transparency and good governance in developing countries like Zimbabwe.

They are doing the exact opposite of what they purport to represent.

The latest case of Combined Harare Residents’ Association (CHRA) executive director Mfundo Mlilo, who was recently expelled for misappropriating funds amounting to US$1,5 million, is just but a tip of the iceberg.

Mlilo is also accused of allegedly failing to account for his continued stay at the plush Holiday Inn Hotel for several months in 2018, at a time CHRA owed workers salaries backdated to November 2018.

A huge chunk of funds was allegedly illegally channelled towards campaigns for Joanna Mamombe (MDC Alliance Harare West legislator) during the 2018 elections.

It’s alleged Mamombe is his ‘girlfriend’.

It’s public knowledge that NGOs enjoy a relationship with the MDC Alliance that has seen the former also back-channelling funds from Western capitals to that party.

And, in the shady dealings involving the opposition and NGOs, lots of money meant for projects has been diverted to funding lavish lifestyles of officials.

For example, last year (2018), Job Sikhala, an MDC Alliance MP, publicly thanked Dewa Mavhinga of Human Rights Watch for being one of his major campaign donors.

But back to Mlilo.

Mlilo allegedly dumped his wife and disabled child for the young politician (Mamombe).

Soon after the January 2019 violent protects engineered by MDC Alliance and NGOs, Mamombe and Mlilo, among other NGO leaders, were ‘fugitives’ in neighbouring countries’ posh hotels.

No wonder their lavish lifestyle earned them the label ‘champagne revolutionaries’.

It has been established that their stay abroad was being funded by Amnesty International Zimbabwe (AIZ).

The CHRA saga comes barely a month after AIZ was also rocked by allegations of serious fraud and mismanagement of funds.

An audit into the activities of AIZ unearthed serious fraud and financial mismanagement involving millions of US dollars.

Amnesty International, a so-called international human rights organisation that has been part of a phalanx of anti-establishment NGOs, joins a lengthening list of Western NGOs that have lost money to so-called local activists who claim to fight for civil and political rights in the country.

Musiyiwa is reported to have been implicated in another scandal involving ZimRights and USAID when he was vice-chairperson.

The organisation’s headquarters is reportedly keen to press criminal charges while a police report has been filed.

In response to these findings, the AIZ Board has notified the appropriate national law enforcement agencies and commenced the legal process of civil recovery in order to recoup lost funds,” reads a statement from the Board.

US Embassy acting public relations officer John Taylor was quoted in a local daily as saying:“We can confirm allegations of misuse of US funding by local Zimbabwean partners… Attempts to divert US funds from their intended use are unacceptable under any circumstances.”

A similar saga also rocked Crisis in Zimbabwe Coalition (CiZC) in 2014 after an adverse audit report had implicated the then director, McDonald Lewanika, in the misuse of the organisation’s funds, among other issues.

Mlilo was the then CiZC spokesperson.

That same year, the US Government cut funds to CiZC and other 14 NGOs after they failed to account for over US$850 million extended by USAID as part of the illegal regime change push between 2011 and 2014.

In 2005, Mlilo’s organisation, this time CHRA, was among 30 NGOs fingered over alleged misuse of US$87 million from international donors.

In the final stages of the ill-fated Inclusive Government, USAID donated close to a billion dollars to the NGO sector in pursuit of illegal regime change.

The money was squandered; in its place was a trail of fake reports, nepotism, lies and exaggerations.

The organisations were supposed to conduct civic education programmes using the money, but the donors discovered that no such programmes were ever undertaken.

Instead, the organisation directors were accused of writing fake accounting reports in cahoots with some Zimbabweans at USAID.

It was also revealed that the director for CiZC, McDonald Lewanika, sat on the board of his organisation’s affiliate, Youth for Democracy in Zimbabwe, led by Sydney Chasi.

At the same time, ZimRights director Machisa was the past chairperson of CiZC.

It is the same clique — same ‘thieves’ and, to make matters worse, they do not care who they hurt in the process of amassing their ill-gotten gains.

If crisis does not come by, they create one.

Last year, just before the harmonised elections, notorious regime change agent Mavhinga, who masquerades as a human rights activist based in SA, doctored a video on alleged threats of violence by ZANU PF supporters and peddled it on social media as fact.

Mavhinga posted the blurred video on his twitter handle, which was evidently targeted at election observer missions in the country.

The faint and very much old video was accompanied by a twitter caption: “Video evidence of #Zanu-PF intimidation to unleash soldiers ahead of 2018 elections — in Mt Darwin.”

Just like Mavhinga, most NGO directors earn a living through sensationalising events for donor attraction.

And not surprisingly, the EU announcement of US$5,5 million funding for NGOs will see these NGO leaders hightailing it to the grouping with doctored evidence and cooked up figures for donor attraction.

It is time Zimbabweans realise that people like Mlilo and company are not about serving the vulnerable and keeping Government in check.

They are just thieves — plain and simple!