Home Top News No time for violence in 2023 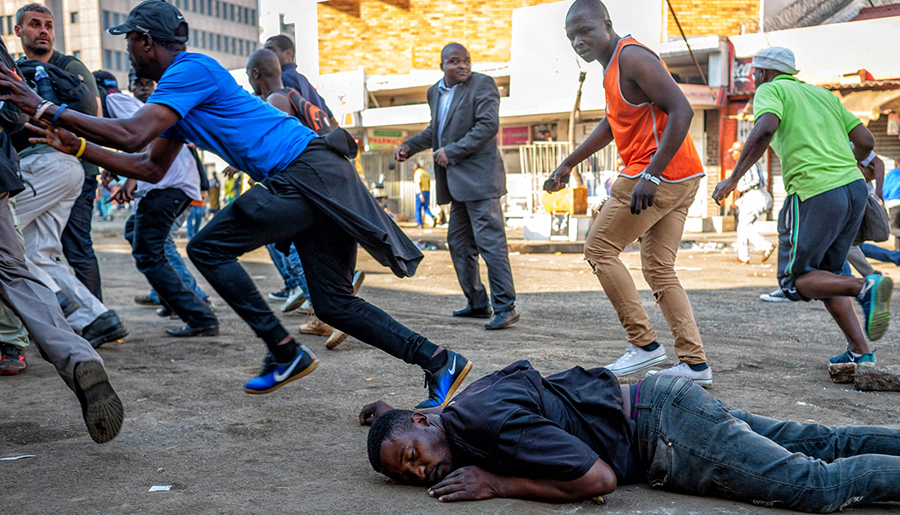 2023 is finally here, meaning the harmonised elections are around the corner.

One could mistake 2023 for just another year based on the silence and peace prevailing in the country. Ahead of the elections, in the past, the country was usually rocked with unrest and violent clashes.

But under the Second Republic, we can only talk of peace and achievements. It’s a different kind of politics; politics of action, service delivery advancement and much more. The Government is guaranteeing peace and tranquillity.

But some misguided elements have been trying to disturb that peace.

A disturbing video has been circulating on social media showing elderly people being mercilessly assaulted for allegedly participating in opposition politics. The goal of course is to tie the ruling party, Zanu PF and Government to acts of violence.

However, there are a lot of loose ends to connect this violence to the ruling party and Government.

First, the mere fact that a perpetrator would record a commission of this crime, hide the faces and then go on to post the video on social media is ridiculous.

The people who committed this atrocity have been confirmed to be neither members of ZANU PF nor known affiliates.

It is now an open secret that the opposition have this knack of stage-managing political violence ahead of important events both locally and internationally.

The poorly acted dramas and theatrics have known better days. And the Zimbabwe Republic Police have since gotten better at exposing these shameful antics.

Remember the November 2019 Nelson Chamisa kidnapping attempt in Marondera; where Chamisa was allegedly seized by State agents with one person recording and shouting that ZANU PF was attacking Chamisa.

This was prior to meeting SADC leaders to update them on the country’s ‘deteriorating political environment’ — it became clear why the stage had been set up with props to match.

Then there was Johanna Mamombe et al. The trio claimed to have been abducted and manhandled by State security agents. There were, again, a lot of holes in their story and so many inconsistencies that pointed to fabrication.

Hence now they face charges of fabricating their abduction.

We can go to town about an opposition party with no structures. We can talk about how they bring nothing tangible to the table except mischief and ideological bankruptcy.

We can even talk about their selfish leader who is making the whole party ungovernable — but It is not worth the while at this point.

What will not be tolerated, however, are those who continue to try and soil the image of his Excellency President Emmerson Mnangagwa and the Second Republic as a mere side show to divert attention from the real progress being made.

He has made it clear time and again that all attention should now be focused on fixing the country destroyed by more than two decades of illegal sanctions.

“I implore you all to declare that never again should the circumstances that have put Zimbabwe in an unfavourable position be allowed to recur or overshadow its prospects. We must work together; you, me, all of us who make this nation,” stated His Excellency in his inauguration speech five years ago.

At that time, he deeply expressed his will to rebuild Zimbabwe and restore it to its former glory and the results can be seen coming to life.

A new Parliament building was erected and along with it began the construction of the US$500 million Cyber City in Mount Hampden.

Beitbridge modern border post, with 250 houses for workers, was completed.

Mwenezi amarula wine plant was completed and is now operational while Zimbabwe’s first satellite, ZimSat-1, was launched into space.

Furthermore, manufacturing sector employment increased by 1,4 percent during the first quarter of 2022 compared to the similar period of 2021.

The usually forgotten social hazard, that is climate change, was even addressed. According to the Climate Change Management Department fact sheet, climate change is a global issue that concerns every individual, group, organisation, community and nation and has had adverse impacts on the lives and wellbeing of Zimbabweans. It is constraining or negatively impacting  progress in social and human development that Zimbabwe has accomplished so far.

Furthermore, the Zimbabwe Human Development Report (2017) noted that climate change was likely to exacerbate levels of poverty. In response to this outlook, the Government of Zimbabwe has intensified adaptation options in trying to minimise the impact of climate change and these options include; the construction of dams countrywide to mitigate effects of climate change. Chivhu Dam is now complete and ready for commissioning. Some of the dams were repaired or are under construction; these include Runde Tunde Dam, Vungu Dam, Marovanyati and Gariya Dam, among others.

The country is developing and adopting disaster risk management plans, among other things. These options were spearheaded by the Government through the Ministry of Environment, Water and Climate (MEWC) which embarked on the National Adaptation Plan (NAP) process which is on a patriotic mission to develop medium to long-term approaches for reducing vulnerability to the impact of climate change and also facilitating the integration of climate adaption into the on-going planning of national and sub-national processes.

As a result of the response strategy, the country managed to craft a bold approach to the impact of Cyclone Idai which devastated the country in 2019.

In the health sector, one cannot overlook the Government’s splendid COVID-19 response programmes that include vaccination and prevention programmes. thereby negating Western propaganda and false prophecies on Zimbabwe’s doom.

As His Excellency always says, we are striving towards Vision 2030 as a prosperous and empowered Zimbabwe. This can only be achieved if we stay united and peaceful.

Let us maintain the stability, harmony and peace that we have built under the Second Republic.

It is a very cold night for Chamisa and crew who have dismally failed to present anything tangible to the electorate.

So bad is the situation that the out-of-sorts Chamisa does not even have a credible message for the people.