Home Top News Quest for the youth vote…so near, yet so far for the opposition 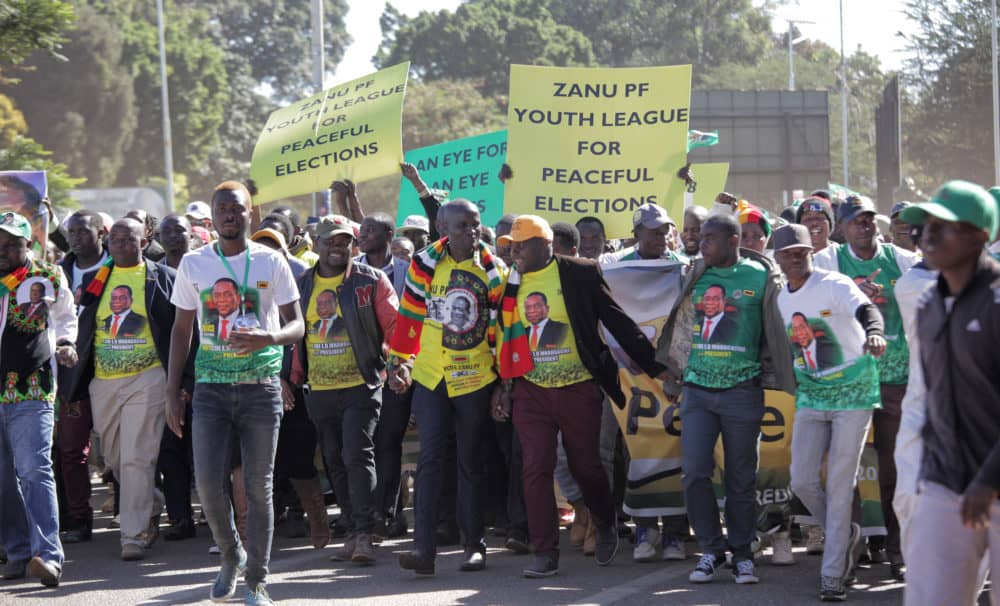 THERE is a growing misconception in the Nelson Chamisa-led MDC Alliance that they have ‘captured’ the youth vote as the 2023 elections beckon.

The opposition MDC Alliance, together with its surrogates, have no moral right to claim the youth as belonging to their ‘change agenda’ as it has been clear since their formation that they are bent on making people, including the youth, suffer until they vote for them.

This type of political grandstanding has no position in the African polity.

How does one purport to love by hurting first?

Today, the MDC Alliance clown over a drive to use the youth in unseating the ruling ZANU PF Government in the forthcoming elections, hence the same youth have been impoverished by their maggoty opposition politics.

One wonders why there is a lot of weight put on the youth vote by the opposition.

Other political analysts believe the Zambian example is being replayed or is replayable in Zimbabwe.

The answer is neither of the two.

The Chamisa-led political outfit knows it has been playing ‘suffer politics’ for too long to deserve a youth vote.

The MDC Alliance has, therefore, no moral, social nor compassionate claim to the youth vote as you shall learn hereunder.

The youths know what’s at play in the moribund opposition politics in Zimbabwe.

The September 2012 article began by a look at what caused the Zimbabwe problem between 2000 and 2009.

This affected mostly the youth in Zimbabwe and led to their isolation from accessing international financial markets and lack of foreign direct investment.

“To borrow (from)Walter Rodney’s words, the period had a posterity ‘of the development of underdevelopment’ in Zimbabwe.

During this period, Zimbabwe was driven and controlled by alien and weird economic and social values as a result of the sanctions, incessant strikes and industrial action instigated by the MDC.

These values were able to set standards by which people were to define their individual survival,” I argued then.

In 2001, Tendai Biti and other MDC officials travelled to the US where they unanimously called for sanctions on Zimbabwe.

“Empirically, some analysts, such as Peter Drucker, argued that ‘the essence of such political developments was to determine a bleak futurity of the present’.

In such a situation and scenario, a nation’s future, which in itself resides in the youth, would be doomed,” I argued further.

All what the MDC was doing was to make people suffer in order to pressure them into pursuing futile political alternatives.

Subsequently, the Zimbabwe Democracy and Economic Recovery Act (ZDERA) was enacted in 2001 by the US. The Government of Zimbabwe was unable to participate in programmes created by the International Bank for Reconstruction and Development and IMF to assist in the transformation as well as resuscitation of the country’s economy.

And what was the implication of this?

A value was being created on the unpalatability of the ruling Party.

A value, very alien and weird in nature, was intended to frame the people’s preferences and guide their choices while indicating what was immediately worthwhile at that time.

Thus, the period became known as an ‘era of a lost generation’.

The youths’ future choices were being shaped by the realities of the dire circumstances.

Youths’ mindsets were intendedly being shaped to denigrate ‘what is proudly’ theirs and embrace the neo-liberal political alternative.

It’s apparent that the MDC Alliance, by then MDC-T or whatever variant existed, invested in the destruction of formal thinking in terms of what constitutes a voting value to an informal reasoning that ‘what matters is now and today’.

The youth became sensitive to their circumstances and environment, but all this changed in 2013 when a landslide victory by ZANU PF reconfirmed that ‘no amount of political misgospelling’ would sway and swing the youth vote.

The political turmoil witnessed in the period between 1999 and 2009 was largely misunderstood as a battle for good governance, rule of law and democracy, when it was actually a war of dismantling, destruction and extinction of the country’s future, heritage and enduring traditions and values.

The illegal sanctions came and destroyed the fibre and fabric of the entire generation.

Now, the Second Republic, led by President Emmerson Mnangagwa, is restoring the country’s economic glamour destroyed by the opposition’s ‘politics of suffer’.

Equally, the illegal sanctions imposed on Zimbabwe were to create an illiterate generation, a generation of ‘mahwindi’, moneychangers and ‘mandimbandimba’ who would only think, not of the future, but the now and here.

A nation, that way, would lose its reliance on such a generation.

And this has been the machinations of the shrewd opposition tactics.

The loss would eventually render a nation useless in the event that that generation attained leadership of the country or became eligible to vote.

The revolutionary spirit of resistance to colonialism would have been nullified and, in its place, a sincere submission of rights would reside: A creation of soft targets for adaptation into the change regimes.

Ben Turok, in an article titled ‘The left in Africa today’, contends the African continent has been experiencing more instability and dislocation than at any other time since the end of colonial rule.

Many governments have been undergoing severe political crises, with revolutionary governments becoming increasingly targeted for discreditation in elections.

This is terrorism in another form; terrorism which is different from the widely known terrorism; terrorism known as neo-colonialism that replaced the colonial systems of yesteryears.

This type of terrorism, historically manifested in the ‘politics of suffer’ by the opposition forces in Zimbabwe.

This is a new brand of terrorism that seeks to disenfranchise hope, dignity, self-esteem and every sense of survival in the people of this generation.

It is terrorism that deliberately targets, and continues to target, and disregard the safety and political integrity of this generation.

It’s a terrorism of history, a past and a legacy.

It is terrorism against the people’s pan-Africanism, authority and ownership; terrorism of national pride, pride of place and livelihood.

It is terrorism that has become a means to an end, whose venom has created a black cloud over the people of this generation.

Far more profound is the amount of damage done to this generation by the opposition forces in Zimbabwe.

One thing that has become apparent is that the Chamisa-led political outfit knows that the destabilisation they caused since their formation in Zimbabwe through sanctions invitation made sure that life would be difficult for the youths.

The youth they mostly target is the same youth they attempted to destroy through their ‘politics of suffer.’ Hence, it is clear from all the discerning youth that what the MDC Alliance stands for are foreign interests.

Today, Africa’s youth represent an increasingly important constituency as demographic patterns skew their numerical weight, but for the opposition forces, it’s a matter of ‘so near, yet so far’.

History shows that the youth vote has always been eluding the opposition in Zimbabwe and that will not change in 2023 or beyond.