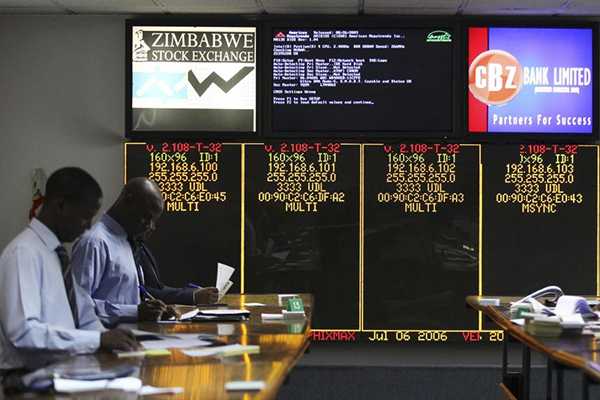 THE foiled attempt to bring the country’s economy to its knees on Monday last week through the so-called #shutdownzimbabwe by regime change proponents has laid bare heinous behind-the-scenes manoeuvres to cause anarchy in the country by the opposition CCC, some Western embassies in Harare as well as certain sections of the business sector, information gathered by this publication reveals.

After weeks of unrelenting pressure on the local currency, anchored on a thriving parallel market which saw the Zimbabwean dollar trading at 400 to US$1, coupled with huge increases of prices of basic commodities in both the local currency and the US dollar, pro-regime change agenda activists congregated to take aim at the Government, which it accused of pursuing what they claimed were anti-people policies.

They sought to resurrect the chaos of 2008 where basic commodities were either beyond the reach of many or simply disappeared from the market.

They then planned a shutdown which they anticipated would be the springboard to an uprising sponsored by the UK and US embassies in Harare.

Information at hand shows that some named activists have been operating from the US Embassy where they have been receiving instructions from Uncle Sam on mass mobilisation and anarchism.

Uncle Sam has already disbursed huge sums of money for the planned activities.

Each of the various groupings, ranging from the media, civil society, CCC and the business community were given specific instructions on how to galvanise the masses for the proposed uprisings.

For instance, some companies which have been collecting funds from the RBZ’s auction system have been offloading the money on the black market, putting pressure on the local currency.

The syndicate also involves the country’s telecommunication operators who have been making a killing through illegal money transfers thereby manipulating the exchange rate.

While the business sector has swiftly pointed accusing fingers at Government’s policies, calling for the abandonment of the Zimbabwe dollar, they have been conveniently mum on why they are increasing prices in their favoured currency, the US dollar.

Also, the same businesses have been charging prices of their goods in the US dollar while paying their workers in Zimbabwe dollars in order to frustrate the employees so that they revolt against the Government.

So intricate is the web that even the Zimbabwe Stock Exchange has been actively involved in the ruckus, systematically manipulating shares trading to render the Zimbabwe dollar useless and incite the masses to revolt while deterring investors.

With the stage supposedly set for a violent confrontation with the authorities, some people in the media were then tasked to propagate anti-Government narratives aimed at incurring the wrath of supposedly aggrieved Zimbabweans.

The civil society, together with CCC, had the task of mobilising the masses to take the Government head on.

But the alert Government was a step ahead, with President Emmerson Mnangagwa coming up with a raft of measures aimed at culling the madness in the economy on May 7 2022.

The measures included, among others, freezing of lending to both Government and the private sector by banks.

The borrowed money was being used to fuel the black market.

“In order to minimise creation of broad money that is prone to abuse for purposes of manipulating the exchange rate for financial gains, and to allow current investigations, lending by banks to both the Government and the private sector is hereby suspended,” said President Mnangagwa.

“Third party funding of client sub-accounts is no longer permitted. Transfer out of a client sub-account shall only be permitted to the customer’s bank account not third party and the ZSE will have powers to undertake regular and continuous monitoring of broker transactions, share trading and custodial changes.

To address this value erosion, the Government has resolved to compensate the loss of value on bank account deposits to individuals who had funds in their bank accounts of US$1 000 and below as of end of January 2019.

The compensation of amounts less than US$1 000 has begun and will continue. Currently a framework is also being put in place to compensate individuals with bank accounts of up to US$100 000.”

And soon, those who have been colluding with the West to sabotage the economy are going to feel the heat following yet another intervention by the Government to put an end to the madness that had gripped the markets.

On Saturday last week, the Minister of Finance and Economic Development, Professor Mthuli Ncube, announced that Government is now allowing those with free funds to import basic commodities.

Government, said Professor Ncube, had lowered tariffs to cushion the abused consumers from the rampaging whims of business in the country.

There was more good news for farmers who will now receive 30 percent payment for their maize in US dollars upon delivery of produce.

“To further ensure that citizens have access to affordable basic commodities in the face of recent substantial price increases in the shops, Government hereby opens up imports of basic commodities by citizens through lowering of import tariffs and other accompanying measures, this is with immediate effect,” said Prof Ncube in a statement.

“Those with free funds are, with immediate effect, permitted to make use of these funds and other resources to import basic commodities.

Government has taken the decision to pay maize farmers 30 percent of the amount due in United States dollars and 70 percent in domestic Zimbabwe dollars.

The US dollar payment will be calculated at the prevailing willing buyer willing seller rate published by the Reserve Bank of Zimbabwe on the date of delivery. The payments will be backdated to the dates of the first deliveries of this season’s maize to GMB.”

These measures will, without doubt, put saboteurs in their rightful place until they start to embrace the meaning of being Zimbabwean.

But that does not mean the enemy will rest on his laurels.

He is coming again in full force but the efforts will come to naught. 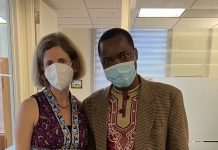 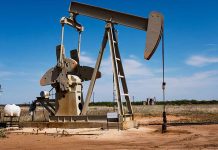 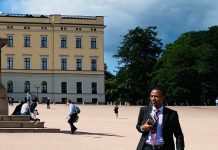