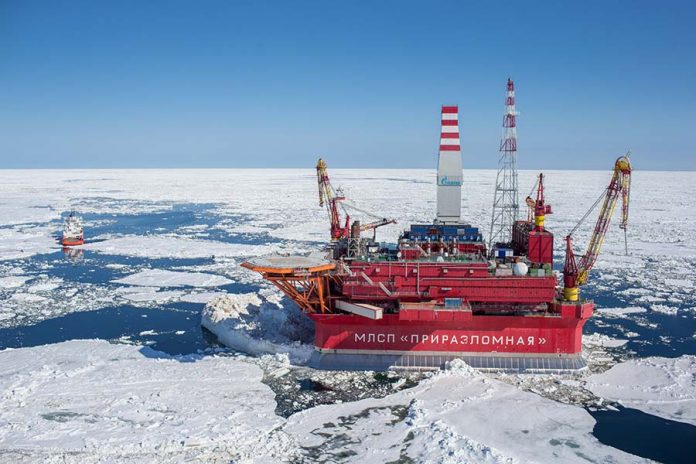 THE major reason the US and the EU economic sanctions on Russia are flatlining and not having intended effects on Moscow is that the people of Russia, unlike some reprobate characters in Zimbabwe, are bound by the same goals, values and ideals of defending and protecting their territory from any foreign enemy.

Russia has not only been able to withstand the raft of sanctions imposed by Uncle Sam and his EU cousins slapped on her following the February 24 2022 decision to protect its territorial integrity from the security threat by NATO using neighbouring and naïve Ukraine, but has managed to turn the tables against her enemies.

After failing, for the umpteenth time, to read the global political temperatures as well as its compass, Uncle Sam, in typical fashion, cajoled the hapless EU to slap Russia with illegal economic sanctions.

But, in Russia, they have a steadfast opponent who is ready, willing and able to go the extra mile in defending its economy, citizens and territory.

“President Joe Biden’s administration has sanctioned Putin and Foreign Minister Sergei Lavrov. It issued a ban on Russian oil and gas, forbids US people and companies from doing business with the central bank of Russia, a move that has immobilised nearly half of the country’s foreign currency reserves,” reads a March 31 2022 report by Bloomberg titled ‘Sanctions imposed so far on Russia by the US, EU and UK’.

“Biden ordered the banning of all US imports of Russian fossil fuels including oil, a major escalation of Western efforts to hobble Russia’s economy.

The US Treasury sanctioned Putin and Lavrov as well as the members of the Russian Security Council; Treasury also sanctioned Belarusian officials and State-owned banks.

The report goes on, laying bare the attempts by the EU to suffocate the Russian economy.

“The 27-nation bloc imposed four sets of sanctions against Russia, and also targeted Belarus (sic). The most significant include:

λ Shutting down EU airspace to all Russian planes, including the private jets of oligarchs

We emphasised that gone are the days when Uncle Sam and the EU would bully the world without any rebuke coming from the same.

As the chickens come home to roost, it is now a fact that Uncle Sam and the EU can no longer abuse and bully other nations willy nilly.

Already the markets have not responded according to the way Uncle Sam had planned when he slapped Russia with sanctions.

The US dollar, the IMF warned last week, would gradually lose its dominance in the global financial systems as the Russian rouble stands firm in the face of that embargo.

“The dollar would remain the major global currency even in that landscape, but fragmentation at a smaller level is certainly quite possible,” Gita Gopinath, first deputy managing director of the IMF, told The Financial Times late last week.

“We are already seeing that, with some countries renegotiating the currency in which they get paid for trade.”

On Thursday last week, Russian President Vladimir Putin said he had signed a decree compelling foreign buyers of his country’s products to pay in Moscow’s national currency, the rouble, from April 1 2022.

“In order to purchase Russian natural gas, they must open rouble accounts in Russian banks. It is from these accounts that payments will be made for gas delivered, starting from tomorrow (Friday 01.04.2022),” President Putin said.

“If such payments are not made, we will consider this a default on the part of buyers, with all the ensuing consequences. Nobody sells us anything for free, and we are not going to do charity either — that is, existing contracts will be stopped.”

The decision has been seen as Russia’s move to end dependence on the US dollar.

Crucially for Russia, cracks are beginning to emerge between the US and the EU, with its neighbour Poland saying sanctions on Moscow have been, at best, ineffective.

“I must say this very clearly: the sanctions we have imposed so far don’t work. The best evidence is the rouble exchange rate,” Polish Prime Minister Mateusz Morawiecki said on Saturday last week.

“The rouble exchange rate, this litmus test, has returned to the level it was before the Russian aggression against Ukraine. What does it mean? It means that all economic, financial, budgetary and monetary measures have not worked as some leaders wished. It needs to be said very loudly.”

Following an initial slump when the sanctions were imposed on Russia, the rouble has made spectacular rebound based on its leverage on oil and gas which have found serious takers from across the globe.

“In March, as Western nations started imposing sweeping sanctions on Moscow over Ukraine, the rouble plunged to historic lows of 132 per dollar and 147 per euro. However, by the end of March, the rouble was trading at around 85 per dollar and 93 per euro, almost the same as the rates before Russia launched its military campaign. The Russian currency recovered following a number of measures taken by the Central Bank, and Moscow’s announcement that it will require’unfriendly countries’ to pay for gas in roubles,” RT reported on Saturday.

There are many lessons that Zimbabwe can learn from how Russia has taken the bull by its horns.

The first is that, Harare urgently needs to expedite the enactment of the Patriotic Act in order to cull the naïve in our midst who connive with foreign powers to destabilise the country through such evil acts as calling for the imposition of illegal economic sanctions on their motherland.

Opposition activists, like Rhodesian kingpin David Coltart and Uncle Sam’s blue-eyed boy in Zimbabwe, Tendai Biti, have made little effort to deny their complicity in the calling of the of imposition of illegal economic sanctions on Harare.

Their allies in the so-called civil society have also done little to hide that they were at the forefront of calling for the imposition of those sanctions.

The second and most crucial lesson which the Government has emphasised, time-and-again, is the use of the local currency.

Few, if any, countries have developed using other people’s currencies.

Zimbabwe is no exception.

Third, and lastly, is that Zimbabwe must leverage on its resources to create a sound economy as is the case now where Government has been using local resources to embark on infrastructural development.

The results are there for all to see.

The roads, dams, mining as well as the rebound in agriculture speak to this fact.

That does not, however, mean that we should waver in our calling for the complete removal of those sanctions.

We can, and will, do extremely well without those sanctions.