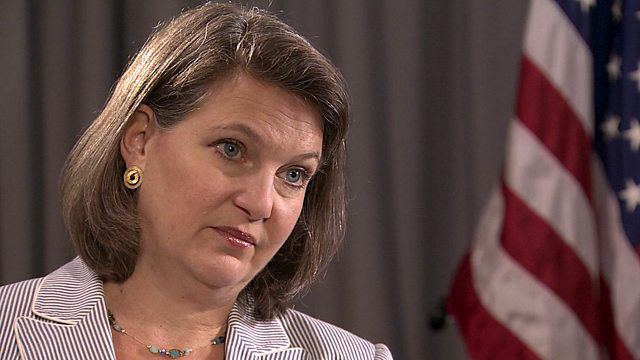 By Evans Mushawevato and Eunice Masunungure

WHEN one fairly observes, considers, scrutinises, seriously contemplates the achievements, developments, massive strides being made socially, economically and politically by the Second Republic, it’s easy to see why the great African Rhumba icon Kofi Olomide could not resist chanting: “ED Mna ngaaa gwaaa number One.”

President Emmerson Mnangagwa and his team are setting a sturdy foundation and solid pillars to anchor an edifice that will undoubtedly be a force to reckon with on the continent and beyond.

To the fair-minded and neutral, the current Zimbabwean narrative is much more than the negative submissions highlighting poverty, abuse of human rights and poor governance.

The Second Republic is open to all and no-one has been denied — except by choice.

Thus, one wonders why some woman from the US would visit African countries, some sharing borders with Zimbabwe, wonyenyeredza nyika yechipikirwa, chooses not to visit a land where she would be welcomed but go on to make unfounded allegations.

The answer is a simple one.

Visiting Zimbabwe would have exposed her to the developments taking place and would have utterly destroyed negative sentiments that she must, without fail, pronounce on the country.

Like we said in previous articles, WHO, the IMF and other institutions can produce factual reports highlighting the positive developments, yet the ‘master’, at the end of the day, and fully aware of the facts, would simply pronounce it a ‘failed State’.

Madam Victoria Nuland, US Under Secretary for Political Affairs, had she visited Zimbabwe and presented a bouncing healthy baby, she, without doubt, would have gone on to report that babies in Zimbabwe are suffering and dying of kwashiorkor.

After her travels, to South Africa, Botswana, Tanzania and Niger, the US Under Secretary for Political Affairs released only what can be termed verbal diarrhoea of the worst kind on Zimbabwe.

It is strange that a whole State official would declare that her country will not be shy to lambast a peaceful country, where citizens are going about their business without being harassed.

The US would want to keep going back to one incident where their sponsored thugs attacked property and peaceful citizens and were duly dealt with by security personnel of the country, citing it as violation of ‘human rights’.

While in their backyard they have not stopped killing blacks and other minorities even when a whole presidential candidate lied during campaign that when voted into power, he would stop the killings of non-whites by the police.

We still maintain that the senseless killings of black people and other races, who are not Caucasian, by American police is enough evidence to disqualify the US as a human rights prefect, anywhere in the world.

Statistica Research Department reveals that since the passing on of George Floyd, police have killed people senselessly at the same rate.

The difference of 86 is too minute after the inauguration of a president who promised an end to the spectre of racism.

The US reforms in response to the killings of black Americans as a result of police brutality are still insignificant.

We could certainly teach the US one or two things about policing.

It is the US that is violating the human rights of non-Caucasians.

The framework guiding Zimbabwe is not anywhere near the negative  narration by the West.

While Madam Nuland is entitled to her warped opinion, her negative narrative on Zimbabwe will not change the fact that the country is on a growth trajectory.

The Minister of Finance, Professor Mthuli Ncube, during the Mid-term Budget and Financial review revealed a new upward revised estimate of 7, 8 percent economic growth this year.

“Domestic Gross Domestic Product growth for the year 2021 is projected to remain strong at 7, 8 percent, slightly above the 2021 national growth forecast of 7,4. So we have upgraded it from (the earlier projection of) 7,470. The strong rebound of the economy is anchored on better 2020- 2021 rainfall season …,” said Professor Ncube.

The economic growth projection is the highest in the SADC region and these are not just mere figures.

The revised growth rate is attributed to bumper harvests and good rains experienced in the 2020-2021 farming season, which was adequately supported by well-planned Government programmes.

The Pfumvudza/Intwasa, the livestock growth plan and the farm mechanisation programmes and irrigation schemes have placed the country on a firm footing in the agricultural sector.

There is a hive of activity on the country’s roads which are being built and refurbished.

Construction work at the Harare-Beitbridge Road upgrade project is progressing well, with indications that work will be complete by December 2022.

The work has seen the widening and improvement of the two-lane road.

Fixing such an important highway is an important achievement for Zimbabwe and the entire region as the road connects Southern and Central Africa.

Zimbabwe is determining her path as exemplified by spending within means, containing the wage bill and using surpluses to finance public services.

The Government has been successful in fighting inflation pressures.

There have also been currency reforms, with Zimbabwean local currency being used to regulate cash flow in the society and to curb the issue of foreign currency dollar shortage.

Bilateral investment promotion and protection agreements (BIPPAS) have been observed.

Regarding the devolution thrust, there has been increased budget allocation to support provincial developmental programmes.

Provinces have been coming up with various development projects meeting specific needs for their areas.

The democratisation processes are progressing well.

One of them is the realignment of laws with the Constitution, with over 400 laws having been aligned already.

This re-alignment is part of the Second Republic’s effort to mordenise Zimbabwe on all fronts.

The Public Order and Security Act (POSA) was repealed and replaced with the Maintenance of Peace and Order Act (MOPA).

The revision of the laws is meant to increase citizens’ freedom.

The Government has been fostering national unity, peace and reconciliation through the Political Actors Dialogue (POLAD).

This is a platform for political parties that fielded presidential candidates in the 2018 harmonised elections and it was launched in May 2019, where all political parties are  represented, with the exception of  the MDC-Alliance which has chosen not to be part of the dialogue.

The negative comments by the likes of Nuland and her regime change agents cannot do away the good that the Government has attained.

During this period when the country remembers and celebrates the immense sacrifices of the heroes and heroines as well as our defence forces, we must  remember our many achievements.

There is no room to be taken back by the negativity the country is still receiving.