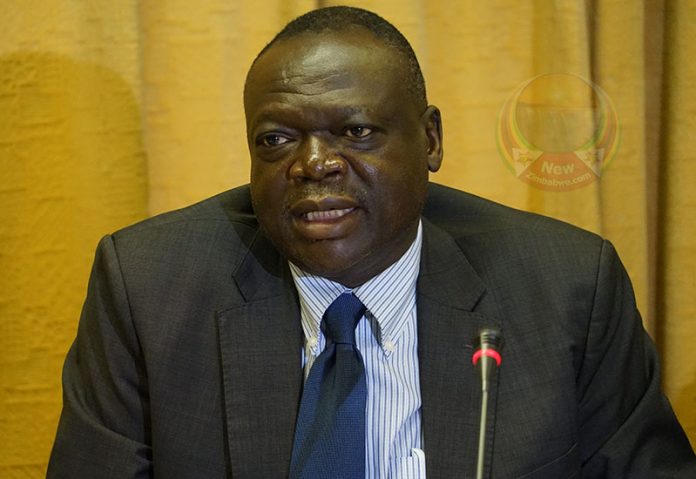 You saw what was wrong, you saw the suffering of your people, your heart broke and you decided to offer your life, so that others might be free, might have life and life in abundance.

He was only 18, still a boy at school when young Perrance decided the Rhodesia tyrant had to be brought to an end; 47 years ago he left school on a mission to end terrorism in Rhodesia.

Kuve munyaradzi, he fought for so long hoping and trusting that something so evil and so vile would come to an end, and he triumphed, with many others.

It is the story of someone so caring he could not leave his people to suffer without doing something about it.

His fellow freedom fighters and fellow commanders in ZANLA have told of his military prowess, of his courage and fearlessness.

Training at Mgagao in Tanzania, becoming a military instructor at Mgagao, taking his gun to the front and rising through the ranks to become commander of Tete Province, he proved that he meant it when he left school.

Rhodesia had to end, and to this purpose he committed his mind and heart, he was not found wanting.

His fellow commander, ZPC Commisioner General Comrade Paradzayi Zimondi tells that he was a man who led from the front.

When you lead from the front you put yourself in the line of fire, you don’t try to preserve your life while sacrificing the lives of others, you mean it when you say I will die for this country.

You survive not because you attempt to preserve your life so that you can live it up after independence, but because it is not yet Musikavanhu’s time, you are still on duty.

Zimbabwe, in Perrance Shiri, found a grand son to protect it and retrieve it from the jaws of the shark.

After the war of liberation some fighters felt it was time to quietly slip into private life.

Coming back home he joined the ZDF, later Air Force of Zimbabwe, the military giant continued to set pace, to set the standard.

The post independence period had its own challenges which threatened the very existence of the nation of Zimbabwe, threatening the very independence for which he and thousands others had fought for.

For these grave reasons he chose to be integrated into the Zimbabwe National Army, to secure Zimbabwe and its people and all its interests.

For nearly 40 years, Comrade Shiri was one of the chief architects of Zimbabwe’s defence and security system, a mammoth task given that the country had been in enemy hands for 90 years.

How do you rescue the nation and build a credible defence and security system, one loyal to the country its people and all its interests, after those many years of bondage? lt requires serious dedication.

Following in the footsteps of Comrade Josiah Tungamirai, the first Chief Air Marshall of the Air Force of Zimbabwe, he strove to uphold the legacy of this illustrious son of Zimbabwe. He fought to build on the foundation his commander had laid; albeit under extremely difficult circumstances.

No sooner had he taken the reigns as Commander Air Force of Zimbabwe than the British imposed sanctions on Zimbabwe, to punish it

for participating in the DRC campaign and carrying out a daring Land Reform Programme.

In addition to British aircraft inherited from Rhodesia, Zimbabwe had acquired fighter aircraft from Britain and the British placed an embargo on the purchase of aircraft spares so the aircraft would be grounded.

Despite these challenges he kept the airforce of Zimbabwe in the skies so that its wings would ever be the fortress of the nation.

His officers proudly tell you of a commander who was so innovative, conscientious and committed that despite the punitive sanctions, he was able to forge links with other countries and institutions so that our Airforce would never run out of spare parts.

Despite hardships during his tenure at AFZ, he still managed to acquire new aircraft, an unparalleled feat indeed.

He charted a path for the engineers of the AFZ, which left them believing in themselves.

Not only did they receive training in progressive countries but he empowered them to be creative and innovative.

No one would ground the Wings of Zimbabwe, he did not allow it and it did not happen. Those who faced Airforce of Zimbabwe in the DRC, felt the force of a well-oiled machine. Today the Airforce of Zimbabwe remains a fortress of the nation, securing its air space which is what the sanctions were meant to permanently deny.

When a country has dedicated and committed sons and daughters no problem is insurmountable.

Comrade Shiri wanted Zimbabwe to have the best air force in the world, to that end he, not only further his education so that he could more ably run it, ( he acquired two Masters’ Degrees in Business and Development) but he encouraged his officers to also reach for the skies.

His officers joyfully tell of the classes he organised for former ZANLA combatants who like him had disrupted their studies to join the struggle.

He was not content to rise through the ranks and be the most highly educated while his officers remained at the bottom; he fought that each of them attained the best they could in their education.

Aive munyaradzi, he had been a fellow combatant with them in the struggle, he did not forget them when he got home. He never said: ‘Zvangu zvaita’, he wanted the best for his comrades, those with whom he had fought for the liberation of this land, those with whom he was now working with to protect this land.

He thus made arrangements with local universities to create classes for his officers.

Today many officers in the AFZ are proud holders of degrees which have improved their capacity to serve their Zimbabwe.

While he was committed to the education of his officers he knew that their ideological education was of critical importance because this is what distinguished them from the enemy they had fought and defeated.

He therefore instituted a Civic Education programme to ensure that his officers were ideologically on track.

Aive munyaradzi, many in the AFZ testify to the caring and humane side of Comrade Shiri.  He ensured that the majority of his forces had service accommodation, that there were buses to take them to and from work and that they were fed and clothed amid the constraining economic sanctions.

A caring commander, Comrade Shiri was a fair commander, when you worked diligently, and he was satisfied with your performance, you got what you deserved.

There was no favouritism, you worked hard, you proved yourself, you got promoted. He was that fair.

To that end he had no tolerance for corruption.

He hated corruption and uncouth practices.

A good number of soldiers lost their jobs for what would seem like minor offenses such as theft. One of his officers put it succinctly ‘You could lose your job for a kg of meat’.

He could never turn a blind eye to the suffering of others, aive munyaradzi.

Passing through one of his former operational areas, Mt Darwin North, 30 years after independence, he came across a school that was still steeped in abject poverty, still built of pole and dagga.

His heart broke, but this is where I operated, how can this still be? he was anguished. These are the people who had fought with him to liberate the country, people who had looked after him during the struggle.

A man of action, his huge heart responded there and then and the result was a state of the art Murongwe clinic, primary and secondary schools,  and electricity for the area.

The people of Murongwe were able to watch the 2018 World Cup from a large Screen TV, which was part of his package to his former operational area.

The funds for the project came from Charity fundraising of the AFZ, from the Airforce of Zimbabwe coffers, from his own pocket and from well wishers.

Comrade uyu akasiya anyaradza mass yedu yeZimbabwe as was and is the calling of each freedom fighter.

Comrade Shiri was always thinking of the contemporary challenges of the nation beyond his military responsibilities.

In 2008 the Reserve Bank of Zimbabwe was in a drive to mobilise people to grow Jatropha an important ingredient in the processing of bio-diesel.

Comrade Shiri encouraged his soldiers to grow jatropha to contribute to this all important project, in one of the meetings he said:

A friend who knew Comrade Shiri when he was still Air Commodore at the Zimbabwe Air Force in Gweru characterised Comrade Shiri as  intelligent, astute, diligent tenacious, disciplined, a disciplinarian, a hard worker who persevered against all odds. To cap it all he was approachable, affable, a great guy to befriend. These same qualities are echoed by friends and fellow comrades from all walks of life.

Air Chief Marshall Shiri was a rare breed of revolutionaries, whose immense contribution to the nation of Zimbabwe cannot be satisfactorily explained in a single article.

This eulogy, however, seeks to distil the qualities of this larger than life character, whose simplicity and love for his fellow Zimbabweans made him the darling of patriotic Zimbabweans.

He was loved by revolutionaries and hated by imperialists in equal measure.

If you can abandon school at 18 and pursue the same course for the next 47 years without deviating for a moment, still preserving the same ideological fervour, undaunted until you leave this material world then you are a true comrade.

We salute you comrade, Air Chief Marshall Perrance Shiri, some have long abandoned the cause though they still pretend to be with the people of Zimbabwe, we know who they truly are.

As Comrade Pritchard Zhou said:  “This is no ordinary death in our revolutionary history.” Indeed one we cannot afford nor bear. Fare thee well commander, caring commander.