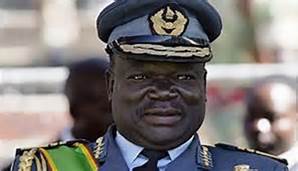 This story was originally published on July 3 2014.

IT was while standing in for the late national hero Josiah Tungamirai, the ZANLA High Command’s political commissar that Air Marshal Perence Shiri, the current (then) commander of Zimbabwe Air force, found himself among the legendary men and a woman who mooted the idea to deliver a fatal blow to the Rhodesians and provide a defining moment of Zimbabwe’s war of liberation.

And not many know that in the place of the raging fire that engulfed the then Salisbury main fuel depot in 1978 and raged on for five days with smoke that could be seen from more than 50km away could have been sludges of sewage, were it not for a bored woman whose alert and brilliant mind proffered another suggestion that proved a masterstroke.

“One day in 1978, I was tasked by Cde Tungamirai to go to Chimoio on his behalf to attend a meeting of the High Command that was chaired by Cde Josiah Tongogara,” said Cde Shiri in an interview.

The meeting’s main agenda, in July, was to strategise a way of penetrating Rhodesia’s capital city, Salisbury and carry out an attack that would bring the Rhodies to their knees.

ZANLA forces were now equipped with heavy and sophisticated weapons and advanced in military training as evidenced by the actions of a crack unit that would stay in Mbare, right under the nose of Rhodesians and attack the fuel depot cutting the vein that fueled the Rhodies war machinery.

Cde Shiri, who had received his first political orientation in Wedza, at Mt St Mary’s Mission, Rusunzwe, while doing his Form Three under the tutelage of the late liberation war hero cde Martin Mwale, a teacher at the school, was now the Provincial Field Operational Commander of Tete Province and could attend High Command meetings.

Arriving for the meeting in Chimoio little did the man, who five years back in 1973, had spent a fortnight heading goats in Moraka Village, Botswana, waiting to be connected to ZANLA officials to join the war, know that he would be instrumental in executing the order to cripple the Rhodesians.

“The agenda of the meeting was to identify Rhodesian strategic areas to attack and inform the world that we were determined to liberate ourselves and show that Rhodesian forces had become porous,” said Cde Shiri.

“The late General Vitalis Zvinavashe came up with the first target, a place called Mazai, which was Salisbury’s main sewer treatment plant in Mufakose.

“The idea was to make the whole city stink sending a message of how serious we were and to show that the Rhodesians were not as secure as they believed.”

It was Teurai Ropa, former Vice President Joice Mujuru, who was not even part of the meeting who came up with the suggestion to attack the Salisbury Fuel tanks.

“As we were discussing Mai Mujuru who was a member of the Central Committee asked Cde Tongogara to sit in as she felt lonely, after her fellow officers had left the camp and she promised to be quiet and not participate in the discussions,” Cde Shiri said.

“But after the suggestion to attack the sewer treatment plant, Cde Mujuru interjected and asked participants if she could be of assistance by making a contribution and Cde Tongogara gave her the go ahead.

“Cde Mujuru said if we were talking about a strategic place to attack then the fuel depot in Salisbury would be the best target. We were stunned and clapped, I did not know the depot myself, I thought it was some filling station in town,’ said Cde Shiri.

Immediately logistics and preparations for the attack began.

To increase the chances of success each of the three operational provinces that is Tete, Manica and Gaza had to send a unit to carry out the attack on the same target.

“Each province was asked to come up with a team that would attack the depot, weapons to be used included RPGs and 60 mm mortars. Gaza Province which was furthest was the first to be given its allocation of weapons for the mission, followed by Manica and Tete two weeks later as it was closer to Harare.”