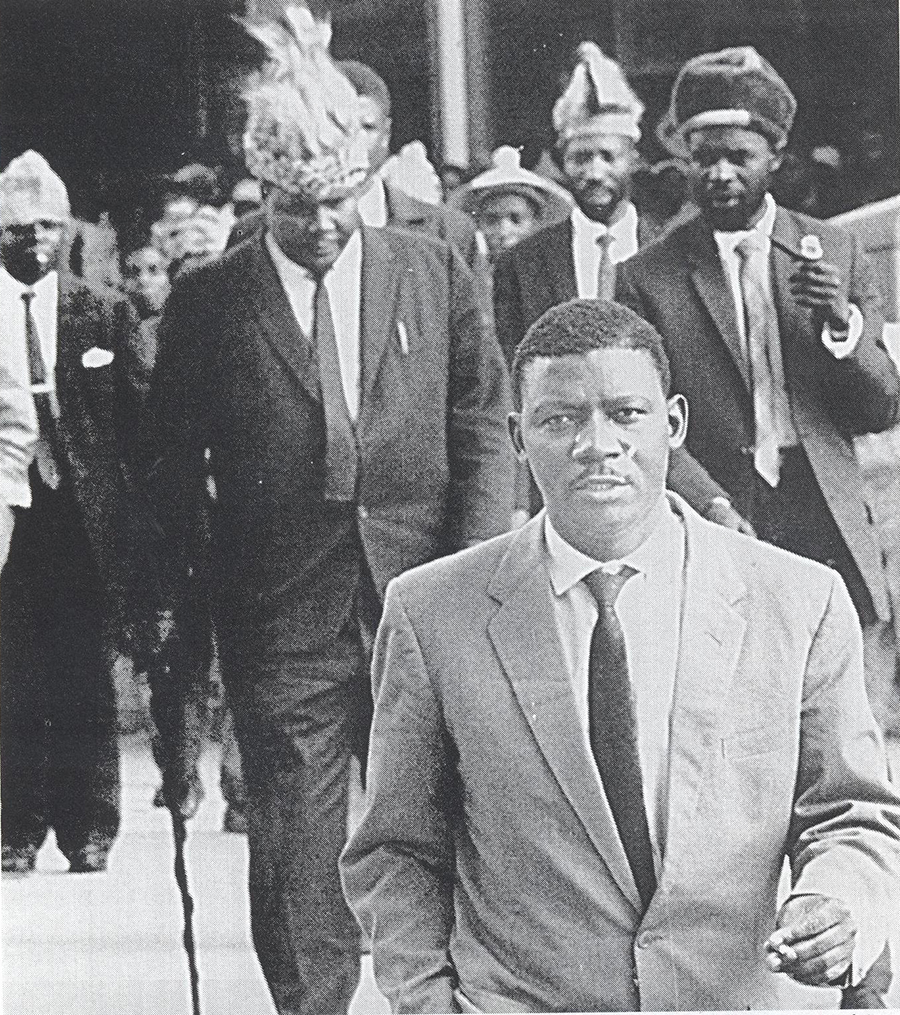 IT is not possible to measure the magnitude of Cde Hebert Wiltshire Pfumaindini Chitepo’s contribution to the liberation of our land.

Cde Chitepo was murdered by Rhodesian settlers in Zambia on March 18 1975.

And yet we appear to have forgetten him, so soon, but we never forget about the Boston Tea Party or the Battle of Waterloo or any of the so-called epic battles fought in the West by our erstwhile colonisers!

We are so schooled in the affairs of the West, its victories in its wars of attrition and yet we forget our own.

It took the bravest of men, one full of courage and love for Zimbabwe to accept the commission of the jailed ZANU leaders to implement the Party’s 1964 decision to wage war against the British imperialists.

Cde Chitepo was the first black African lawyer in our beleaguered land which they had named Rhodesia after Cecil John Rhodes, the architect of British imperialism in the land of our forefathers.

This qualification could open many doors to an African who belonged to the race of the marginalised, but Cde Chitepo would not sup with the devil.

He decided to fight side-by-side with his compatriots in the war to free his country from the shackles of the colonisers.

According to political analyst Richard Mahomva:

“Ironically, today the post-colonial university is producing lawyers who are emotively attached to colonialism. With this avid propensity to neo-colonialism, this new breed of lawyers has chosen the path of being imperialist consultants for the continued Western amputation of Zimbabwe’s sovereignty through the illegal Anglo-American sanctions. While Chitepo stood against grotesque laws of the Rhodesian regime, aimed at preserving the bedrock of colonial hegemony, today we have lawyers who have used neo-liberal loyalties to be part of the West’s anti-land reform agenda in Zimbabwe.”

The new breed of intellectuals, as exemplified by these lawyers and one dare say even doctors, have rejected the legacy of self-sacrifice, the liberation ethos — they have embraced the privileges of ill-gotten gains accruing from singing the song of the colonial master.

Comrade Chitepo chose to be on the side of his people, defending the liberation cause in the courts and beyond.

He defended the late Cde Simon Muzenda when he was arrested for reciting the poem ‘Nehanda Nyakasikana’ by Solomon Mutsvairo.

He also defended the late Cde Joshua Nkomo and other nationalists.

He proceeded to engineer the launch of the Second Chimurenga; to build and direct ZANLA operations until the Rhodesians murdered him on March 18 1975.

Without the liberation war ethos, the nation has no moral compass, no conscience and when there is no conscience, it is dog-eat-dog, the reign of capitalism.

We see a declaration of war on the State, an accreditation with the West, to bring the Zimbabwe State to its knees.

To their credit, the MDCs and their trail of lawyers, have ruined the cities and they shamelessly use this pillage to mobilise their ‘followers’ to rise against the State, against the  ZANU PF Government.

On their part, the junior doctors are also waging their war against the State.

And yet the young Chitepos and Parirenyatwas made Zimbabwe possible. They gave up their lives for Zimbabwe at Nyadzonia, Chimoio, Freedom Camp, Mkushi, Kamungoma, Mboroma, all over Zimbabwe and in many other places.

The legacy of these brave freedom fighters has not become the dominant consciousness among those who have become privileged because the self-sacrifice of many brought home a Zimbabwe in which they can become lawyers and doctors, something that was near impossible under colonialism.

No doubt our education curricula is hugely responsible for the failure to culture this consciousness among the nation’s young.

The fact that some people follow Western-sponsored parties hatched and funded by the British and the US is a rejection of the liberation ethos, a sign that the liberation consciousness has not germinated at all.

But it is the choices we make which shape our destiny. We cry foul when these lawyers blow the trumpet of the British and insist on sanctions against their kith and kin.

Yes, this is the opposite of the consciousness of the sons and daughters of Zimbabwe who sacrificed their lives for their Zimbabwe.

It is the new consciousness we have embraced, one which says that there is nothing special about dying for your country.

And we pay the price; the cities don’t work, they are in the hands of those who are paid by the British to destroy the nation.

We have doctors who value their self-privileges more than the lives of the people of Zimbabwe — to them, Parirenyatwa is too remote.

The salutary lesson is: Zimbabwe, we got the greatest gift of our lives, the gift of thousands of thousands of lives dedicated to free us, it was a free gift but we have not accepted it as such.

We did accept to enjoy the gift but we did not think it worthwhile to protect this legacy.

When each one looks out for himself/herself, things don’t work, too many remain in a vulnerable state, but the liberation consciousness, if cultivated in all, would become the consciousness of the nation and everyone would be secured.

As we remember Cde Hebert Wiltshire Pfumaindini Chitepo, let us examine ourselves and realise that forgetting his legacy and that of all those who suffered and died for us and our land is to our own detriment.

“The process of decolonisation must no longer be celebrated only for trampling colonialism to death,” (Mahomva: 2022) it must be part of our consciousness, thus the conscience of the nation.