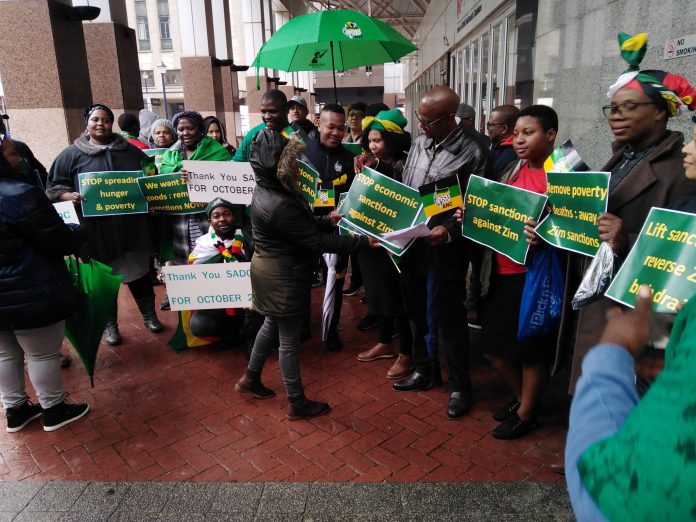 WHILE there was nothing surprising about the extension of illegal economic sanctions on Zimbabwe by the EU, there are several issues that Harare can consider going forward such as the need to adopt inward looking policies that will capacitate locals as has been the case since the assumption of office by President Emmerson Mnangagwa in November 2017.

First adopted on February 18 2002 at the behest of Britain’s aggressive politics on Zimbabwe, the EU sanctions, in violation of the Cotonou Agreement, have since become a permanent fixture in Zimbabwean politics.

The Cotonou Agreement brings together the EU and the Africa-Caribbean-Pacific bloc.

The EU had been railroaded by Britain to join what was, and still is, a bilateral dispute between Zimbabwe and its former colonial master over the Land Reform and Resettlement Programme that began in 2000.

It is important to keep this critical bit of history in mind when unpacking Britain, the EU and the US’ continued aggression on Zimbabwe.

Never mind the human rights violations, lack of reforms and squeezed democratic space sound bites that the West throw around in justifying their continued extension and maintenance of their sanctions on Zimbabwe.

The reality, which we have consistently unravelled, is that Western countries, led by Britain, are still driven by a bizarre desire to recolonise this country 41 years after its independence.

Early this month, Britain tellingly announced that it was slapping the country with sanctions, its first business after its shambolic and ill-advised exit from the EU.

This was despite cameo pretenses on the part of Britain that it was ready to work with Zimbabwe after years of frosty relations between the two nations.

Britain latched on to the old and tired song about human rights violations, among other issues, as it imposed those sanctions.

Not wanting to be left out of the anti-Zimbabwe fete, the EU followed suit on February 17 2021, adopting the British template, with spurious claims that Zimbabwe had allegedly ‘failed’ to meet their expectations from the malicious scorecard that the Western nations have crafted for Harare.

“The purpose of the EU restrictive measures is to encourage a demonstrable, genuine and long-term commitment by the Zimbabwean authorities to respect and uphold human rights and the rule of law,” the EU’s statement in part.

“The lack of substantial reforms has allowed the continued deterioration of the humanitarian, economic and social situation. Violations of human rights and limitations on the democratic space are also persisting.

“These measures do not affect the people of Zimbabwe, its economy, foreign direct investment, or trade.”

This is where the West just cannot seem to get it right when it comes to Zimbabwe as we have indicated in the past.

This government is for the people of Zimbabwe.

It was put in office by Zimbabweans to meet their expectations, not those of the West.

The country has gone on an intensive reform programme spanning economics and politics.

A land audit was completed and it has unearthed several issues that will be addressed in the near future.

Currently, land barons are being nabbed by the authorities while corruption is being nipped in the bud.

All these processes are being done for the people of Zimbabwe, not the British, the EU or the US.

On the land issue, which is where the West’s anger reposes, the country is on course to achieve a bumper harvest after successive years of unreliable weather patterns.

All this is because of the new policy interventions by Government which gave birth to the hugely successful Pfumvudza Programme.

Crucially, Government last year saved millions of dollars from grain and wheat imports due to the notable success, especially from the Winter Wheat Programme.

A successful farming season does not bode well for the West’s expectations hence the continued existence of their sanctions.

Recently, Government announced it was taking over road repairs and funds for the initiative have been availed.

These inward looking policies are beginning to bear fruit in all sectors of the economy and they weaken the widely discredited sanctions.

This is why it is also important to heed President Mnangagwa’s statement at the burial of former Zimbabwe Republic Police (ZRP) Deputy Commissioner Moses Griffiths Mpofu at the National Heroes’ Acre last Saturday that Government will soon give land to productive young people both in the country and outside.

Young people have proved to be productive and this is not good news for the West.

We can only render the sanctions ineffective if we are productive on the land and this is the direction that the country has taken.

“I am aware that our youths are crying out for pieces of land and are eager to work the land,” he said.

“The inquiry we launched on agricultural land has identified lots of land which is vacant, underutilised and belonging to multiple owners.

“Government will repossess that land for on-leasing to the landless, foremost among them the youths.

“The land must, therefore, be worked on, made to produce like never before.”

As the country forges with its development agenda, time has come for Zimbabweans to come together and come up with strategies that will consolidate the gains that have made so far.

We have the resources and the manpower to fully develop the country and indications so far are that we are on the right track.