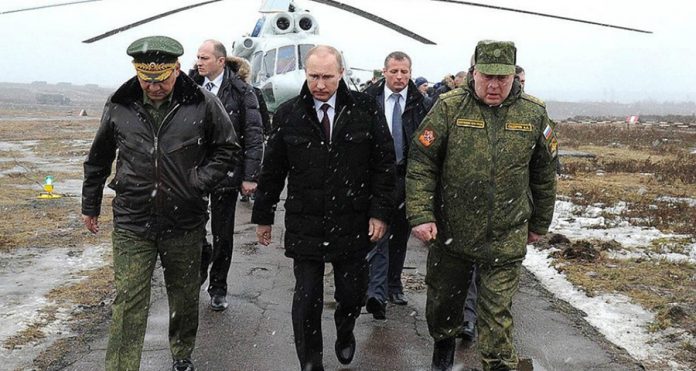 STUNNING revelations by President Emmerson Mnangagwa that the US recently made overtures to this country seeking support for the imposition of illegal sanctions on Russia after Moscow embarked on a special military operation in Ukraine early this year confirms that Uncle Sam will stop at nothing in his bizarre bid to divide the world and disregard other nations’ sovereignty.

The US has been taking aim at Russia for going after its neighbours who were openly having a cosy relationship with Uncle Sam, which Moscow said posed a serious security threat to its nation.

NATO, a coalition of Western warmongers had moved closer to Russian borders with the tacit approval of Ukraine, prompting Russian President Vladimir Putin to take stern action to protect his country’s sovereignty and territorial integrity.

That move has triggered an avalanche of reactions, particularly from Western countries, as usual led by the bellicose Uncle Sam, to impose economic sanctions on Moscow.

But an assertive Moscow has stood its ground, with President Vladimir Putin calling NATO’s expansion ‘menacing and the prospect of Ukraine joining it a major threat’.

Frustrated by Russia’s tenacious resistance to Western-imposed sanctions, Uncle Sam has resorted to old tactics, reincarnating scenes from the old book and trying feverishly to cajole the world to endorse its move to impose more sanctions on Moscow, which in essence is an attempt to engage on a full scale war with Russia.

Zimbabwe, itself a victim of Uncle Sam’s illegal economic sanctions, has since refused to be part of the mess, reminding him of the viciousness of his embargo on this country.

But Uncle Sam has no shame, with recklessness and arrogance that knows no bounds.

Which is why it is imperative to revisit its tainted past, to understand its shameless attempt to cajole one of its victims to support its malicious move to impose sanctions on Moscow.

Uncle Sam has, over the past decades, been on the rampage, turning the world upside down, destroying other countries and stealing their wealth.

Now, Russia’s operation has spurred an enraged Uncle Sam into action, with the all too familiar bully tactics very much at play.

As has been the norm in the past, countries which Uncle Sam deems weaker are once again being railroaded into endorsing the shameless attempt to paralyse Russia.

Zimbabwe has not been spared from the madness.

The simple fact is that the dispute between Russia and Ukraine has absolutely nothing to do with Zimbabwe.

It has nothing to do with the rest of the world, as insisted by Uncle Sam, except to expose the hypocrisy of the US and NATO.

And this explains why the desperate Uncle Sam now wants to pressgang so-called weaker nations to be part of the issue in Ukraine.

We will not be part of Uncle Sam’s insanity.

“You wrote me a letter, you Americans, saying there is a war between Russia and Ukraine and you want Zimbabwe to support Ukraine, to support the Americans, to support the British, to support the EU to impose sanctions on Russia,” said President Emmerson Mnangagwa while addressing Glen View residents who have been denied access to clean water by Uncle Sam’s useless acolytes in the opposition in Zimbabwe.

“So I said, you are forgetting that, as Zimbabwe, we are under the same sanctions that you have imposed on Russia. So you want us to support the imposition of sanctions on Russia when you imposed sanctions on us? No! No!

That is your own matter. We actually wish that you remove the sanctions that you imposed on Zimbabwe.”

The illegal Western economic sanctions on the country have cost close to US$50 billion since they were imposed on Zimbabwe by the US on December 21 2001 and the EU on February 18 2002 over the Land Reform and Resettlement Programme of 2000, according to a 2019 Cabinet report as well as findings from experts.

Senior members of the opposition have colluded with the West in imposing sanctions as a way of trying to reverse the Land Reform and Resettlement Programme as well as catapult the opposition into power.

The country has since taken steps to nudge those who collude with foreigners to cause instability through the Patriotic Bill.

Typical, but not surprising, is the fact that Western countries that have similar laws have been wailing more than the bereaved, with spurious claims that the proposed law will ‘further’ suffocate democratic space in the country.

Western powers deftly skirt around the Land Reform and Resettlement Programme when attacking this country, claiming that Harare was slapped with economic sanctions over what they say were, and are, ‘gross human rights violations’ by the ‘regime’.

But the world now sees through these lies.

Our message to Uncle Sam is that Zimbabwe will not sup with its enemies.

We know our friends.