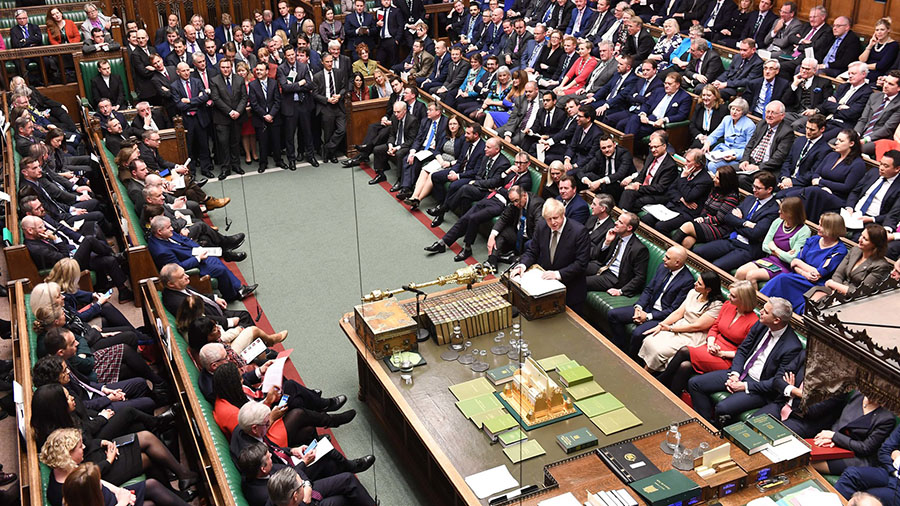 ALL too familiar remnants of British arrogance and blatant disregard of Zimbabwe’s independence and ongoing economic revival and development efforts once again came to the fore last week when Harare’s former colonisers spent hours ‘discussing’ what they claimed was the ‘deteriorating’ situation in the country.

Britain still believes that it has a say on Zimbabwe’s affairs and can determine the course that the country takes.

Clearly, Britain thinks that Zimbabwe is still its colony.

The debate, which, for the umpteenth time, sought to convict Zimbabwe as a pariah and failed State that requires the intervention of Britain, highlighted that faltering empire’s colonial delusions as more and more of its former colonies break away from its hegemonic grip.

Barbados, the eastern island in the Caribbean and, for long, an abused nation under the British monarchy, this week broke away from almost 400 years of British control as it started in earnest the long awaited journey towards asserting its sovereignty.

During their session on Tuesday last week, in what they say is the House of Lords, the fake, manipulative and abusive Lords said they were ‘concerned’ with the situation in Zimbabwe and that Harare will only be readmitted into the Commonwealth if it respected the rule of law and stops what Britain said was political persecution.

No one cares about a Commonwealth that has failed to create any wealth for anyone except the British looting and plunder machinery.

They can stay with their purported wealth-creating entity while Zimbabwe creates for its citizens through the sustainable land wealth.

“My Lords, in the government’s view, which country has the clout to bring effective pressure on Zimbabwe on political oppression? We probably have less influence than China, which is most unlikely to bring any such pressure,” Lord Anderson of Swansea asked in relation to MDC ‘activist’ Makomborero Haruzivishe who is in prison for inciting public violence and resisting arrest.

Now, for all their self-proclaimed assertions that they are the paragons of democracy, which they are nowhere near, it is disappointing that the British want to export their lawlessness to Zimbabwe that has done good in preserving peace and tranquillity.

No sane country can harbour criminals to please the British who have failed the democracy test on numerous occasions.

“Zimbabwe’s conduct clearly tarnishes the image of the whole region. Is this recognised by its neighbours, particularly South Africa, and are they playing a positive role in this regard?” Lord Anderson went on, trying to cajole SADC members to interfere in Zimbabwe’s internal affairs.

Commonwealth Minister Lord Ahmad of Wimbledon responded in the affirmative, speaking on behalf of South Africa which he said wanted Zimbabwe ‘to be progressive and inclusive’.

“My Lords, the short answer to the noble Lord’s final question is that we are engaged very much with South Africa and, yes, it wants to see a progressive, inclusive Zimbabwe as part of the region and the wider world,” said Ahmad.

“Zimbabwe holds ambitions to join the Commonwealth as well. I don’t think that one country alone can influence the progression and inclusiveness of democracy. It is, therefore, important that we, together with key partners, continue to play this role.

What more can we do? We continue to work with key partners on ensuring that human rights are upheld according to the (Zimbabwe) Constitution.”

The ‘lords’ were aggressive, questioning Zimbabwe’s move to enact the Patriotic Act into law.

Lord St John of Bletso chipped in, questioning the signing of the proposed Patriot Bill last week by Zimbabwe’s Cabinet.

“Last week, the Zimbabwe Cabinet signed off on the Patriot Bill which would make it a criminal offense for anyone to criticise President (Emmerson) Mnangagwa and for any member of the opposition to speak to any foreign government in a negative way about Zimbabwe?

At a time when Zimbabwe is considering rejoining the commonwealth, can the Minister make it clear that our government will only support this when the rule of law is restored, and the freedoms of speech and political freedoms are protected?”

While the arrogant ‘lords’ were questioning Zimbabwe’s laws, unsurprisingly lost to them was that they, in fact, have stiffer laws in their own backyard.

Britain has strict laws that prevent its citizens from embarking on acts of terrorism.

“Terrorism means the use or threat of action where

(a) the use or threat is designed to influence the government or intimidate the public or a section of the public, and

(b) the use or threat is made for the purpose of advancing a political, religious or ideological cause.

The same Act provides that an action falls within this definition of terrorism if it:

(a) involves serious violence against a person,

(b) involves serious damage to property, and

(c) endangers a person’s life other than that of the person committing the action.”

And the racist lords were too absorbed to let go of Zimbabwe, with Baroness Ritchie of Downpatrick saying:

“Will the minister outline what discussions Ministers have had with their Commonwealth counterparts about the continuing political repression in Zimbabwe in a point of need to build local economies and political democracy?”

“Zimbabwe will only become a democracy when the people have a genuinely free and fair election. We have seen that recently in Zambia.

Can the Minister go further and say what more could be done to get Zambia and other countries with SADC to put pressure on Zimbabwe? It must come from those countries. We can help but we must make sure that they do their best so we can get back to a situation where the people of Zimbabwe genuinely have a free and fair election in 2023.”

Ahmad responded to the questions saying SADC and the AU ‘had key roles to play in making sure that human rights are restored in Zimbabwe’.

“I agree it is quite right to say that the importance of SADC and other organisations and, more broadly, the Africa Union has a key role to play, and they must lead in these discussions as people want to see an inclusive, progressive Zimbabwe.

Within Zimbabwe, we must see rights restored, constitutions respected and human rights which includes the rights of other political parties to participate fully in the democratic process guaranteed. Those will form part of our current and future discussions with key partners.”

But there was nothing surprising or unusual about this latest episode of madness by the British.

Since 2000, the British have been on Zimbabwe’s case, trying frantically to impose their inimical will on the country’s affairs.

In 2000, the Blair government admitted to working with the opposition MDC, a party they helped form on September 11 1999.

The British government also revealed that they were sponsoring the MDC through the Westminster Foundation for Democracy (WFD).

The Foundation then received £4,1 million from the Foreign and Commonwealth Office (FCO) although it claimed it was ‘an independent public body’, which had, in its 13 years of existence, worked “…to achieve sustainable political change in emerging democracies.”

Its goals and methodologies were to work ‘with and through partner organisations to strengthen the institutions of democracy, principally political parties, parliaments, NGOs, trade unions and free media’, all of which, in its view, ‘must be strong for democracy to flourish’.

Details of the funding were published on the Westminster Foundation’s website.

On June 11 2010, Lord St John of Bletso moved a motion on the need for a full debate on Zimbabwe.

“My Lords, I am extremely grateful to have the opportunity to debate current developments in Zimbabwe.

The last full debate in your Lordships’ House on Zimbabwe was in March 2005.

Since then there have been several Questions for Short Debate.

The other place recently debated the all-party group’s report, ‘Land in Zimbabwe: Past Mistakes and Future Prospects’, on the vexed issue… I pay respect to the contributions of the late Lady Park of Monmouth and Lord Blaker, both of whom were ardent campaigners for democratisation and for human rights protection in Zimbabwe.

They are sorely missed and their contributions were greatly appreciated by all.”

In addition to these House of Lords debates on Zimbabwe, the UK Parliament has an All-Party Parliamentary Group on Zimbabwe, which is chaired by Hoey.

What is it with these Lords, Ladies, Barons, Baronesses and Sirs, with regard to Zimbabwe?

The island referred to as ‘Little England’ of the Caribbean became a republic this week, replacing Queen Elizabeth II as its head of State with Governor-General Dame Sandra Mason.

“Mason’s new role was approved by both houses of Barbados’ Parliament last month. The transition comes after more than 40 years of debate, and 55 years to the day after the island nation went from being a colony to an independent state in 1966,” nationalgeographic.com reported last week.

“The move to a republic is the final step in the island’s journey that began in the early 1600s when English settlers claimed it for the British crown, which maintained control over its politics and trade. Even after it declared independence from England and became a parliamentary democracy, Barbados still recognised the British monarch as head of State, therefore, making it a constitutional monarchy.”

While the British continue to project themselves as a solid empire, the truth is that their wretched record has been sullied by their childish antics which has seen their stranglehold on their colonies loosening.

No one takes them seriously anymore.

Zimbabwe will never bow down to their preposterous demands.

We are a sovereign State that is determining its current and future course.