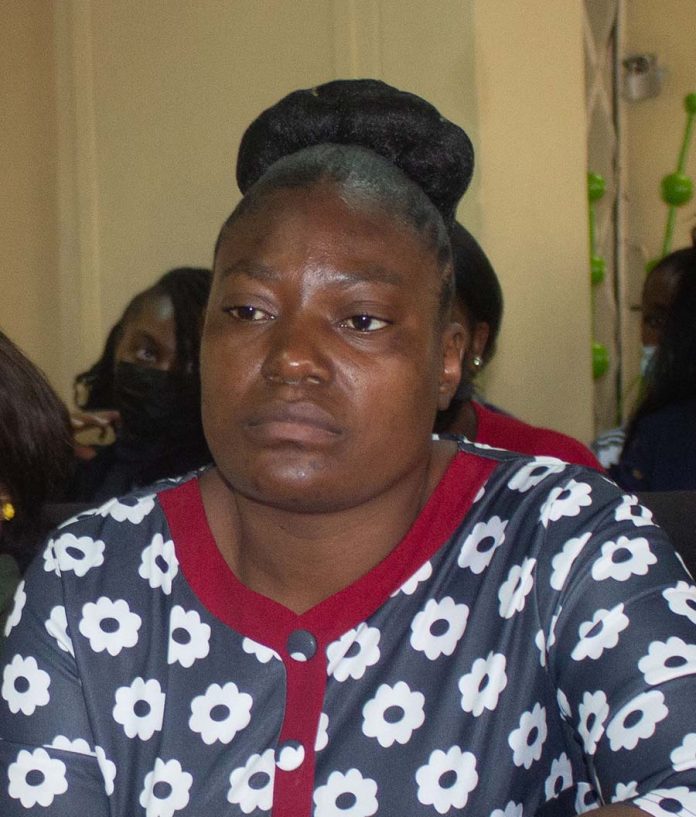 THE room is abuzz with almost palpable positive energy.

Smartly dressed ladies and gentlemen, in white and green, spouses, parents and guardians tell a story of conquering.

The odds were stacked against them but they beat them, they did not fold.

And Evangelista Mwale-Kamtande, the woman behind it all, could not be  prouder.

“When l embarked on this empowerment journey, many did not believe I could do it or last the mile,” she said.

“My first classes were conducted in public spaces, under trees and in homes.

“I had confidence in the skills I was imparting and simply transferred this belief to my first students.”

And today, her organisation, Network and Support for Youth Empowerment and Skills Trust (NEYSES), has become one of the leading and preferred trainer of nurse aides and other business skills.

“Well, we have not gone around marketing ourselves, instead we have just gone out into communities to do the work we registered to do,” said Mwale-Kamtande.

“Our work may be invisible in mainstream development circles and is not reported or written much about but, trust me, we have impacted communities in a significant way and that is all that matters to us.”

One thing you can be assured of the 36-year-old mother of three is that she doesn’t back down from a fight.

And for the last decade, she has been fighting to ensure that her programmes are the best and put her students in a position to land lucrative jobs.

“The demand for our students from medical institutions, old people’s homes, ordinary families or people in the Diaspora needing our assistance is now overwhelming,” she said.

The strong belief and conviction that everyone, no matter their circumstances, given the opportunity, has potential to become the best they can be drives Mwale-Kamtande.

“The feeling of powerlessness can be strong among the poor and disadvantaged because of their everyday struggle to survive, fighting big economic and social forces,” she said.

“Our empowerment programmes, especially the nurse aide one, is playing an important role allowing the powerless to feel that they can change their conditions and control their lives.”

Among her most inspiring accomplishments are the number of women who are now gainfully employed after passing through her institution.

“We are an organisation fully registered with the relevant authorities and not a fly-by-night institution,” said Mwale-Kamtande.

“Our training is thorough and when our students leave for attachment, most end up being engaged on a full-time basis because of their excellent performance.”

Through her foundation, Mwale-Kamtande seeks to make communities better by empowering not just girls and women but boys and men as well.

As we celebrate women, she is a typical example of: ‘What a man can do, a woman can do better’.

She has shown her mettle by engaging the powerful and influential in society to strike best deals and opportunities for those under her care.

“For example, we have made it a point that each and every one of our students goes for attachment,” she said.

“We have, for instance, negotiated with public and private hospitals around the country to take our students to further sharpen their skills in a practical environment.”

“There are many benefits and opportunities that businesses and other organisations are missing out on by not engaging women in leadership roles,” she said.

“But the reception and support we have received from our ZNA is heart-warming.

“While some people may not fully appreciate the role of the army, I will be the first person to say the army is presently responsible for empowering many youths we could have lost to vices such as prostitution and drugs.”

According to Mwale-Kamtande, the programmes offered by her organisation had significantly improved the lives of women who could have been condemned to a life of toil.

“We are also very much present in rural areas,” she said.

“People in rural areas risk remaining where they are, ultimately ending in a worse-off position or come to cities for menial jobs, hence our training programmes in the so-called marginalised areas.”

To be a nurse aide or a healthcare worker, trained and certified to assist nurses in a hospital or nursing home in providing basic patient care and services such as bathing, feeding or measuring vital signs of patients, one just needs to be able to read and write.

In recent times, the medical fraternity around the world has been decimated by the COVID-19 pandemic and there is a huge demand for health professionals, including nurse aides.

“Sadly, there are bogus organisations fleecing people of their hard-earned cash, purporting to be training nurse aides,” said Mwale-Kamtande.

“To say the least, this is immoral as it is people lives that we are dealing with (sic).”

She said her satisfaction was leaving her students empowered and ready to face the world.

“When I see these ladies and gentlemen and their guardians happy, inspired and motivated to get more out of life, my job is done. I could not be any happier,” said Mwale-Kamtande.

A nurse aide, Pamela Mashaya, who graduated at NEYSES recently, said her life had been transformed for the better.

“In my household, I am the mother and father and if it were not for Mwale-Kamtande, maybe I could have ended up a prostitute or engaged in other vices. But through her organisation, I am an empowered woman supporting my family,” said Mashaya.

Another graduate, Rumbidzai Gatsi, commended male partners who are supporting their spouses to uplift their lives.

“So efficient is NEYSES that my husband just went to their offices and paid fees for me to attend classes,” said Gatsi.