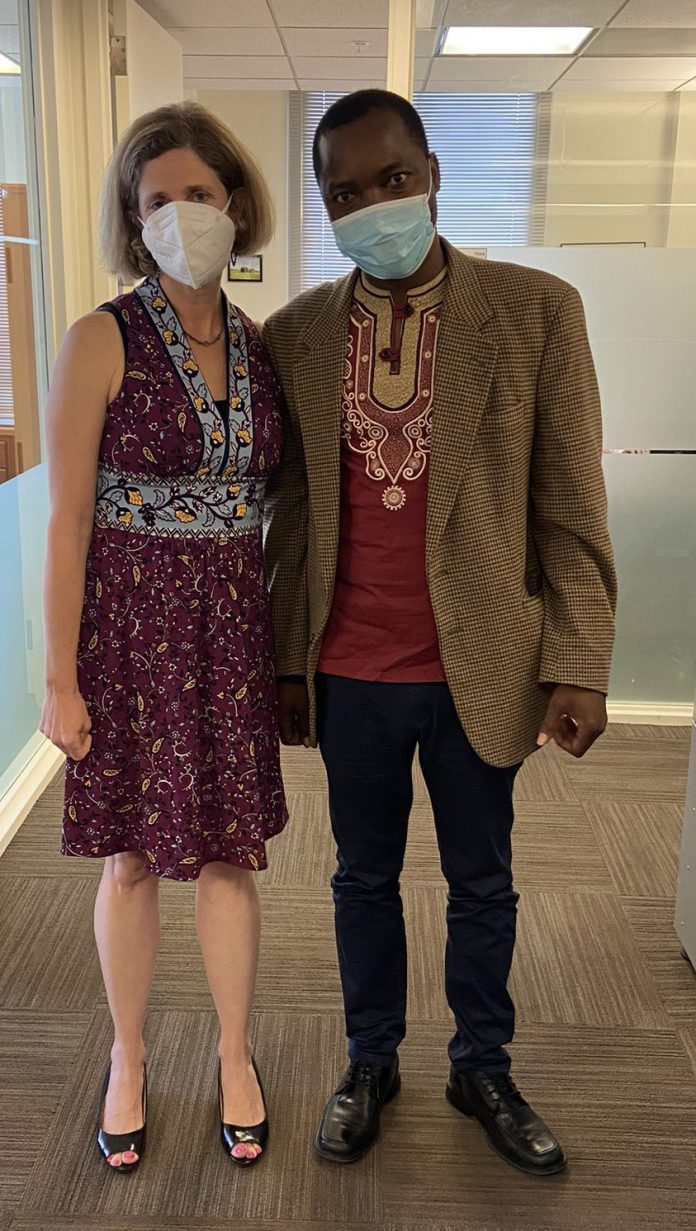 NO-ONE is above the law, not even spies or regime change agents are exempt from the laws of the land and no amount of backing by their UK and US handlers will get them immunity for crimes committed.

The noise being made by the US over the arrest of Obert Masaraure clearly shows the hand that has been feeding him.

The European Trade Unions, the American Federation of Labor and Congress of Industrial Organisation (AFL-CIO) as well as the US Embassy in Zimbabwe have all come out in ‘solidarity’ with Masaraure.

The West has accused the Government of Zimbabwe of arresting him on trumped up charges just because he won a ‘Human Rights’ Defenders award and tried to organise a June 20-24 teachers strike that was a monumental flop.

The West is consolidating it’s regime change activities ahead of the 2023 elections and have a bone to chew over the arrest of one of their players.

Masaraure is the president of ARTUZ, spokesperson of the Crisis in Zimbabwe Coalition and chairperson of FOZEU. All are known for being funded to implement activities meant to sabotage the Government of Zimbabwe.

According to a police report, on June 1 2016, at around 22 hours, Masaraure and Robson Chere were in the company of Roy Issa at Quill Club, Ambassador Hotel, Harare, where they were drinking. At around 22:30hr, they all left Quill Club and proceeded to Cresta Jameson Hotel where Masaraure was booked in Room 712, on the 7th Floor.

They continued with their drinking spree.

It was at this point that an argument arose, leading to Masaraure and his accomplices ganging up on the late Issa and assaulting him on the head with unknown weapons along Park Street adjacent to Jameson Hotel.

In order to conceal their offence, the group misrepresented that Issa had jumped out through the window which resulted in his death.

Masaraure then misrepresented that Issa had died as a result of jumping from his room (712) on the 7th Floor.

A post-mortem report and the pathologist concluded that the cause of death was brain damage, compound skull fracture, head trauma and further commended ‘police to investigate’.

Further investigations identified witnesses who pointed to Masaraure and his accomplices as the perpetrators.

The US should acknowledge that their activists are criminals.

On June 23, ARTUZ secretary-general Chere was pictured in America with his handlers, apparently lobbying for the release of Masaraure.

Chere, who is also on the wanted list in connection with the alleged murder case, is on the run, with the arm of the law waiting to catch up with him.

Chere’s escape to the US is a clear indication that he knows the duo have a case to answer.

The ARTUZ secretary-general went on the run depending on his handlers to make the noise they always make when their proxies are under police investigation.

But what is more disturbing is the fact that America is harbouring a fugitive. Chere was pictured in the same frame as the American Federation of Labor and Congress of Industrial Organisation (AFL-CIO) international director Cathrine Feingold whose organisation wrote to President Emmerson Mnangagwa demanding the release of Masaraure on Wednesday last week.

The AFL-CIO condemns the ongoing human rights violations by security agents and recognises them as part of an effort to clamp down on freedoms, specifically against human rights defenders fighting for the right to education in rural areas, labor civil rights in Zimbabwe.”

The US Embassy would not be left out:

“The United States remains concerned with the lack of freedom of association in Zimbabwe, including the rights of independent trade unions to organise and bargain collectively and government cracks down on labor activists around the globe the United States stands in solidarity with labor leaders working to ensure governments worldwide uphold internationally recognised worker rights. We will continue to meet with local labor leaders as they defend workers’ rights in Zimbabwe.”

Is the US part of the Zimbabwe justice delivery system?

Are they the legal representatives of Masaraure?

The US wants to be judge, jury and executioner in a matter being handled in a country thousands and thousands of miles away.

This is interfering in domestic issues of a sovereign country.

America is very much known for its crimes against humanity, human rights infringements and war crimes. Black people are killed every single day in the US by their police officers in broad daylight and everyday those crimes are covered up.

We have documented some of these extrajudicial killings in this paper.

Many of the black people in the US today are incarcerated over trumped up charges.

Because black lives do not matter in America.

Why then does the arrest of a black Zimbabwean have them so concerned?

This is even more ironic, considering the deafening silence by members of the organisations Masaraure presides over, teachers have been mum on the issue, civil society groups that Masaraure works with have all remained silent.

And there is Uncle Sam, wailing more than the bereaved!

Hopewell Chin’ono noticed this and went on to write: “Obert Masaraure the Artuz teachers president was arrested and jailed. He is a civil society leader and is marked because he controls a powerful rural teachers Union. I am disappointed with civil society, why are you quiet when one of your own is inside. Where are the other voices.”

To which @LeroyMadhosi responded by saying: “Civil society space has been saturated with individuals hell bent on earning a living rather than advancing the freedom gospel. Pity most of us aren’t ready for that conversation since most of the space occupiers vanyarikani.”

The politicisation of the arrest of criminals will not hold water, criminals should be bought to book for the crimes they have committed.