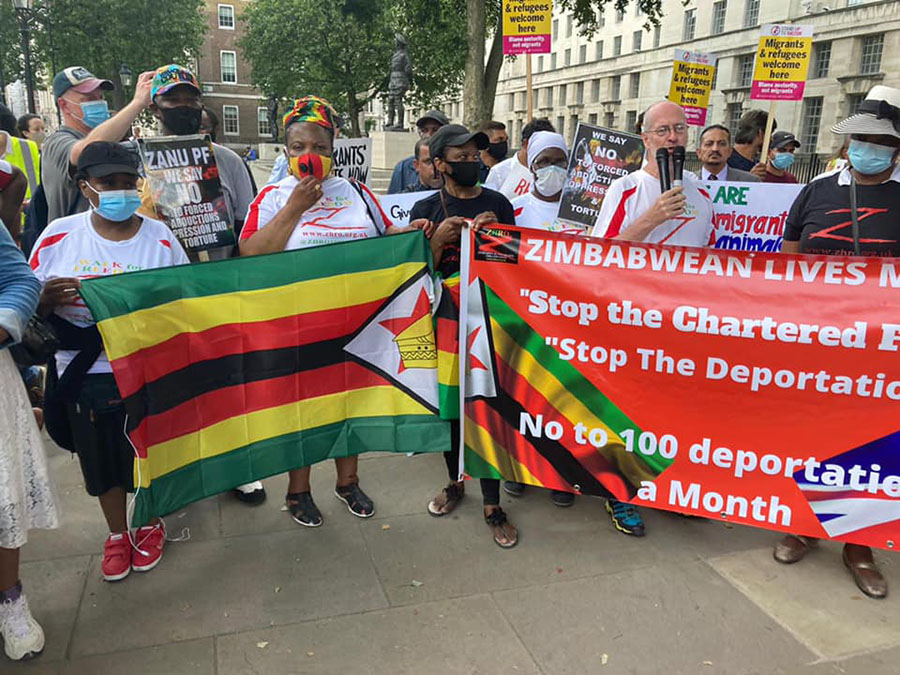 DEAR deportees, only this once shall I refer to you by this not-so glamorous title, welcome home.

There is no shame or reason to be angry or be sad for you are sons and daughters of the soil who have returned home.

I am writing this piece to give a word or two of advice, to update you on what has been happening in our beloved country.

While you feel you are up to date and abreast with developments here, I assure you some of the information you have consumed on social media, in particular, does not reflect the situation on the ground as you shall soon see when you leave quarantine.

You arrive at a time we have lost a number of heroes and heroines.

During your quarantine, as you reflect on your next steps, take a moment to remember the fallen heroes and get some inspiration from their lives of service.

I feel it is critical to address you because you are not returning home, a majority of you, heroes and heroines.

My fellow Zimbabweans, you have returned home from the land of the Queen through faults of your own, some of you.

You have been sent packing because of mischief.

“Those being detained for return on this charter are all foreign national offenders (FNOs) who have been convicted of serious offenses including murder, rape, sexual offenses against children, robbery and violent crime….I remain entirely unapologetic about the need to protect victims and remove dangerous foreign national offenders who have caused harm on the streets of the United Kingdom,” wrote Pritti Patel, Secretary of State for the Home Department and Member of Parliament for Witham.

You committed, according to Patel, ‘heinous crimes’ that made you unpalatable to the Britons.

And now we receive you, hoping and praying that the British correctional facilities reformed you to be beings who will no longer be a danger to fellow citizens.

I also understand that among the returnees are those returning home voluntarily, home is best, we embrace you with wide open arms.

We pray that you return committed to serving your country.

The Second Republic is unfolding in an exciting manner.

The naysayers among us would want you to believe otherwise.

It is no surprise, the regime change agenda continues to roll on full throttle, with local stooges furiously shoving in the coal running its engine.

However, as a nation we continue to fight and move on ahead, also at full throttle, undeterred.

No one is being abused in Zimbabwe.

No one is being persecuted on political, economic or social grounds.

Those who desire so much to remain in Britain, please plead your cases using other stories and means, but definitely not fear of persecution in Zimbabwe.

The UK has made it clear that it is deporting criminals, people it does not want in its streets because of their undesirable elements.

And the British acknowledge that Zimbabwe presently is a safe destination.

“By definition, they do not need protection and are not at risk on return,” said Patel.

“Each individual assessment is made against the background of the latest available country of origin information.”

Protesters of relatives who messed up and being deported should not try to sully Zimbabwe’s name in their bid to not get separated with their kith and kin.

We do appreciate the candidness by some of the deportees who arrived home and simply asked the Britons to forgive them for their misdemeanors.

“We acknowledge that we committed terrible crimes but we paid the price (by imprisonment), its not as if the British themselves are clean they too have committed serious heinous crimes against humanity,” said one of the deportees.

It is sad that many are returning home with nothing but the clothes on their skin.

Some of the returnees have spent decades in the UK but did not get the opportunity to wind up their affairs and businesses as they left prison and headed straight to the plane bringing them back home.

“I come home carrying nothing but a ‘tshangani-bag’ yet I have a property and a bank account teeming with thousands of pounds and I don’t know if I will ever recover them,” said another deportee.

That is why we continuously urge our people to invest back home.

Massive projects are currently happening in the country.

Even booming economies like China are impressed with developments in the country.

A top Chinese official, Assistant Minister of International Department in the Central Committee of the Communist Party of China (CPC) Li Mingxiang has hailed Government for its effort to turnaround the fortunes of the country.

“The economy has recovered steadily, inflation has declined, GDP has grown against the trend and you have achieved remarkable results in development…Zimbabwe can overcome various challenges on the way ahead and realise the beautiful vision of building a prosperous and strong middle-income country by 2030,” said Li in a statement.

Plans for exploration for gas and oil in the Muzarabani area are at an advanced stage.

If countries like Invictus from Australia are ready to come to Zimbabwe and work with us, investing millions of dollars why do sons and daughters of the soil not see the light and continue denigrating their country.

The long-awaited development master plan for Tugwi-Mukosi Dam in Chivi South, Masvingo, is now complete and will soon be tabled in Cabinet, to pave way for the country to extract full economic benefits from the vast water body.

Tugwi-Mukosi, Zimbabwe’s largest inland water body, with a full capacity of 1,8 billion cubic metres, was initially billed to irrigate around 25 000 hectares, but advances in irrigation technology over the years have pushed estimates for irrigable land to over 40 000ha.

The dam is expected to bring a hive of economic activities, as apart from irrigation, tourism can also become a major source of income at the dam and in areas surrounding it.

All these are oxpportunities waiting to be exploited.

There is so much to come home to.

Do not be distressed.