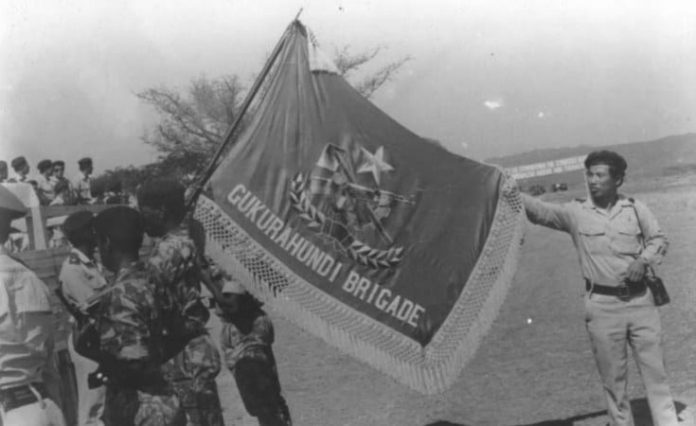 ACCORDING to News Hawks, a Zimbabwean lawyer by the name of Siphosami Malunga, has written a book in which he concludes that the Matabeleland unrest or civil war, which killed less than 1 500 people in seven years, according to the Catholic Commission report, was a genocide.

What Malunga seems not to appreciate in his write up is, in South Africa alone, 1 500 people are murdered every month by fellow South Africans and that is not considered a genocide.

Additionally, Malunga seems not to know the legal definition of a genocide.

A genocide is systematically killing people with the intent to destroy a part or a whole of an ethnic, religious or race group.

Surely it must have occurred to Malunga that if the Zimbabwean government intended to eliminate 1,5 million Ndebeles from 1980 to 1987 with all the tanks, jets, bombs, land mines, artillery, rifles and non-Ndebele population our army had at its disposal, he as a Ndebele wouldn’t be here writing his drivel today.

It’s obvious that a battle hardened Zimbabwean army that had been at war for 17 years, would have easily annihilated more than the 1 500 people who died on all sides in the seven years of Gukurahundi.

Moreover, more competent lawyers than him, like those who researched and wrote reports on the Matabeleland unrest for the Lawyers Committee for Human Rights New York, Bulawayo Legal Project Center which is affiliated to David Coltart, the Catholic Commission For Justice, the CIA, the United Nations and the South African Truth and Reconciliation Commission; would have already declared the Matabeleland unrest a genocide in the last 35 years.

But they didn’t because that civil unrest was not by any stretch of the imagination, a genocide.

Malunga wants us to believe that the Zimbabwean army – which possessed such superior military prowess as the Rhodesian Rifles, commandos, Fifth Brigade and others- only managed to kill less than the 1 500 people killed on all sides in a seven year war.

Surely, even in a common man’s thinking, such a theory is faulty, if not stupid at best.

Using modern history, Malunga should have paralleled his illusion of a genocide with the Rwandan genocide, to fully appreciate what a genocide is so that he would stop trying to make such false equivalence in Zimbabwe.

In April 1994, powerful Rwandans intent on destroying ethnic groups of people, murdered 1 million people by machete, hoes, grenades and guns, between April and July that year.

The Hutus are said to have murdered over 300 000 Tutsis while the Rwandan Tutsi army (RFP) murdered and incinerated over 700 000 women, children and unarmed Hutus in those three months, in a plan to enable Tutsis to take over land and reduce the Hutu population to ensure that none of those people would be left to revenge in future.

That is a genocide!

But, all the same, as efficient as the RPF were, the Zimbabwean army defeated that same RPF in the Congo War.

Now, let’s imagine what would happen if such a killing machine that destroyed RENAMO in Mozambique and then demolished the RPF in Congo, went out with the intention to destroy unarmed civilians in Zimbabwe to ensure that no one was left to take revenge in future.

They would have decimated the Ndebele population in short order and we wouldn’t be reading Malunga’s tribal diatribe now.

The Matabeleland unrests or Gukurahundi, can never qualify as a genocide because the Zimbabwean army had no intent of eliminating its own people, whom it took an oath to protect.

Instead, that army went to Matabeleland to defend Zimbabweans who consisted of Ndebeles, Nambians, Tongas, Vendas, Sothos, Zulu descendants, Karangas and other ethnicities who called for help from Government after being terrorized by apartheid sponsored tribal fundamentalists called the Matabele Brigade and another group of defectors who were not willing to be ruled by a democratically elected Government they erroneously saw as Masvina or as they would say, izinja (Shonas or non-Ndebeles).

My conclusion is, a few toxic Ndebeles like Malunga still have the same separatist thinking of the tribal fundamentalists who brought us Gukurahundi.

They premise their arguments on stereotypes and tropes that are divorced from facts because their issue is not really about Gukurahundi, but it’s about restoring Ndebele nationalism in opposition to Zimbabwe.

They live by the Mthwakazi desire to reestablish Ndebele dominion over the MaDzimbabwe that they believe is their territory by conquest.

The problem, however, is intellectuals like Malunga are too cowardly to directly take up weapons of war to restore this colonial entity (Mthwakazi) and free themselves from the non-Ndebeles they disdain for governing them now.

So to avoid violent confrontation, they choose to use false intellectual arguments and the poisoned pen to stoke division and separatism through deceptive literature and propaganda, thus giving life to this false genocide as a tool of war by lies.

But let it be clear to people like Malunga, that propaganda and lies aimed at undermining the Unity Accord, our multi-tribal leadership in an attempt to establish separation, tribal domination and sentimental subjugation, are tools of war.

And as such, Malunga is at war with the Zimbabwean leadership and people by creating this patently false narrative of genocide and an imaginary dichotomy of Ndebele versus Shona, when our country has always been multi-ethnically governed.

I urge Malunga and all those like him to choose peace and reconciliation over war – be it secession, psychological, sentiment or emotional war- because wherever there is war, there is retaliation.

Malunga is attacking, fighting a war for separation by other means, with the intention of pacifying the non-Ndebele psyche, Zimbabwean nationhood and moral standing of our nation, by the pen.

But, is he ready for retaliation targeting on the mere fact that his assertions are false, an attack on the spirit of our nation with the intent of extracting the bounty of conquest and this can be argued to be treason? 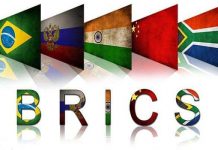