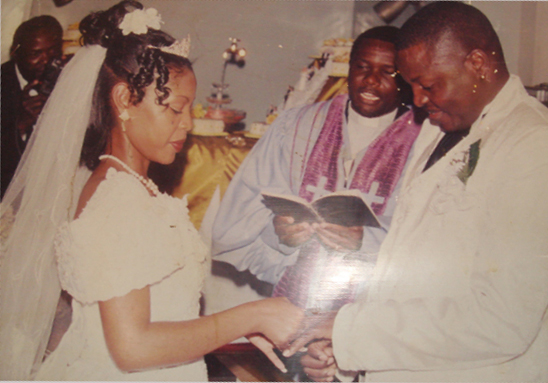 LIKE the biblical Judas, the incarnation that has come to be associated with the name Learnmore Judah Jongwe has gained ‘a two dimensional’ symbolism.  Just like Judas, Jongwe was an early propagator of a false, foreign-sponsored opposition political allegory which was, and still is, geared at selling a revolution for ‘30 pieces of silver’.

There have been commemorative functions organised by the MDC to glorify and remember Jongwe for his contribution to the party’s formation.

In doing so, the MDC Alliance and its bunch of power-hungry leaders have continued to vilify and deny Rutendo Muusha, the late Jongwe’s wife, a ‘back-to-humanity’ narrative of the events that took place in July 2002.

Within this token, Jongwe remains a pacesetter for having ‘two-sides-of-the-same-coin’ character that graced this plateau.

On one side, his colleagues in the MDC saw and viewed him as a vibrant asset while on the other, his wife and family viewed and saw him as representing a ‘social rights suppressor’, an oppressor of human and women rights, a beast who found bullying his wife as a suitable and personal enjoyment isometric.

The competing narratives of Jongwe’s murder of his wife and his subsequent death in prison remain shrouded in political connotations and contestations. The MDC today still chooses to ignore why Jongwe was put in remand prison and concentrate more on the conspiracies around his death in custody therein lies the dualism.

It’s both politically amusing and socially inexplicable while it remains morally indigestible.

The writer noted that the commemorative messages, from time immemorial, in solidarity with Jongwe’s life and death by most members of the opposition, ZINASU and other political sympathisers, suffer and cannot pass on a human and moral scale.

Virtually, Muusha does not exist and the Muusha family has no right to ‘consolation’, scream all these messages.

Chamisa wrote on twitter that: “Learnmore Judah Jongwe 28/04/74- 24/10/2002 Honouring and Celebrating a Brother, Friend, Comrade and Leader.”  A leader choosing to concentrate on a segment, a portion and insensitive part of a very touching sad story.

Evidently, there is a deliberate non-mention of Muusha in all the commemorative posts by the MDC Alliance leadership on the life and contribution of Jongwe on the emergence of MDC as a political opposition party.

The question is why the MDC is ignoring a competent version of the causative developments of Jongwe’s imprisonment.

To begin with, MDC is a party whose histology indicates a trend of its resistance to unity of facts.

It’s a party that irrigates controversy and nurture absurdity as a political strategy.

It’s what sells in the West.

This is a party that chooses to ignore the plight of the Muusha family whose daughter was stabbed eight times with a knife.

This is a party that chooses to commemorate what is morally, culturally and socially wrong and create a ‘hero’ out of a murderer; posturing Jongwe as a victim rather than a villain, a martyr of political circumstances rather than a social renegade and fugitive.

They have the audacity to go along with Jongwe’s ‘manufactured’ version that he found Muusha intimate with another man in an office.

They ignore the sheer fact that Muusha was killed for filing a divorce affidavit.

She had no peace in her life.

She was followed and shadowed by Jongwe who paid thugs and street children.

Muusha, at one point, is said to have ‘expressly stated that she did not want to marry Jongwe because of his abusive tendencies’.

She disclosed ‘being pushed out of a moving vehicle and had horrific injuries consistent with this’.

She also disclosed that, at some point, Jongwe hid a knife under her pillow and threatened to kill her if she ever left him.

In a long article by Brighton Mutebuka, a lawyer based in the UK, a plethora of eyewitness accounts were revealed.

Contrary to Jongwe’s narrative, prior to her death, Muusha had been to Muskwe & Associates several times to process her divorce papers.

On each of those occasions, it was reported that Jongwe would follow her.

“On one such occasion, whilst walking with Jackie (a friend) in Harare’s city centre, Rutendo alerted her to this and asked her to look at a figure walking a short distance from them holding a newspaper to his face as part of an elaborate attempt at subterfuge.

Rutendo proceeded to call him on his mobile phone and, on attempting to answer the call, the paper fell to the pavement, effectively rumbling him.

Rutendo also disclosed that Jongwe had, on other occasions, paid street kids to follow her.

They would take turns to call him to update him using the old ‘PTC’ phone booths.” (Mutebuka 2015).

This shows the extent Jongwe was prepared to go to frighten Muusha off the divorce.

How then do we reconcile the ‘forfeited’ truth about what really happened to the churned misinformation and conspiracies around Jongwe’s death?

Many pundits have tried to write the ‘violent traits’ that dogged Jongwe since his student activism days at the University of Zimbabwe.

Because the likes of Job Sikhala, Daniel Malokele and Nelson Chamisa were part of Jongwe’s lieutenants, their role is to find strength in creating a cultism around ‘the innocent blood’ of Muusha.

A growing section of the academic society are now of the belief that ‘the continuum in commemoration of Jongwe’s murder(ous) life’ is a clear show of the consolidation of an established political cult system whose sacrificial lamb has been Muusha at the hands of ‘their most promising’ politician, Jongwe.

This assertion is actually plausibly believed and coincides with a growing machination of the Chamisa ‘obsessions’ with purporting violence to the extent of naked fabrications and sometimes creating political dramaturgy.

Jongwe had a lot of insecurities, imagined and real, over his wife Muusha and allegedly killed her under gruesome, horrific and grisly circumstances.

The alleged murder shook the nation.

A lot of people were stunned and the said murder traumatised many of our peace-loving citizens.

But this does not mean that Jongwe should not be mourned by those with such a disposition.

It means that they have to do so honestly, juxtaposing whatever they think he represented with his obsessive, controlling, violent and murder tendencies.

Lest we forget, the MDC, as a party, should know that the Muusha family are their in-laws.

They should know that Jongwe left a daughter and that, much as they try to denigrate, sweep under the floor and obliterate the death of Muusha and its implication to the daughter, history shall judge them harshly.

Muusha must have a voice.

She must be mourned with dignity.

Her tragic role as a victim of domestic violence at Jongwe’s hands must not be buried under the false rubric of attributing Jongwe’s death to ZANU PF.

Ultimately, Chamisa and his cult should know that, ‘only by looking at ourselves in the mirror do we come to terms with who we truly are, and only then can we learn from our mistakes’.

It should be quickly highlighted here that, if they continue to worship flawed heroes without honestly acknowledging their mistakes, they risk repeating the same mistakes over and over again, making fortunes hostage to our past.

There is greater work to be done by women, human rights and gender pressure groups to stop this women rights patronage by the MDC Alliance.

They should work to enforce Muusha’s death to be a martyr for the gender and women’s rights.

After seeing the violence that was espoused by Jongwe, Muusha’s dissertation at the University of Zimbabwe faculty of Law was on domestic violence and if the MDC Alliance cult leaders feel that it was mere coincidence that she chose to make this delicate subject the focus of her dissertation, they should think twice. She actually undertook this enterprise as a therapeutic exercise.

The savage machinations from Jongwe meant that Muusha was effectively reduced to a pale shadow of herself, with her self-esteem and dignity effectively torn to shreds.

Hence she died seeking a divorce from a man who abused her.

The question now and here is: Is MDC Alliance a cult as purported?