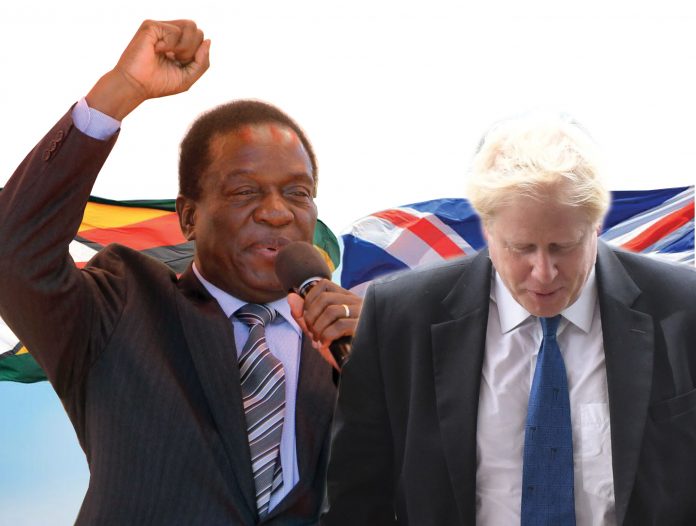 THE most outlandish aspect of Britain’s past and recent actions is that, despite its hollow posturing on Zimbabwe, the beleaguered former European giant desperately needs Harare for its economic revival efforts, especially after its rather inglorious exit from the EU (Brexit).

Having accosted the EU and the US to impose illegal economic sanctions in 2000 over the Land Reform and Resettlement Programme, Britain was back to its usual dirty politics early this month when it slapped four Government officials, including a diplomat, with fresh sanctions.

And the lie that the sanctions are ‘targeted’ at certain Government officials no longer holds water.

The reality is that the sanctions are targeted at ordinary Zimbabweans in order for them to rise against their Government.

This is where Britain is, for the umpteenth time, losing the plot in as far as their infantile politics on Zimbabwe is concerned.

The brutal reality check is that whereas in 2000 the Land Reform and Resettlement Programme was maligned as mere political gimmick, in 2021, the same programme is showing signs of a resounding success, with other sectors showing similar positive results.

Herein lies the problem with Britain.

While the sanctions were meant to punish the people of Zimbabwe, they have instead emboldened them so much that the country can go it alone in terms of development as shown by the progress that has been recorded thus far.

On the other hand, Britain will have to search for new sources of raw materials which are in huge demand from friendly nations which have stood with Zimbabwe since the days of the liberation struggle.

And already it has made a false start to post-Brexit ‘strategy’.

A January 28 2021 report by Reuters titled ‘First flashes of Brexit trade trouble appear in UK data’ brings to the fore the many challenges that will confront Britain going forward.

“Manufacturers and services firms have been hit hard by supply chain and export disruption, according to data company IHS Markit,” reads the report in part.

“A Confederation of British Industry survey published last week showed British manufacturers’ confidence in their ability to compete in the EU market has fallen to its lowest level since records began 20 years ago.”

The colossal reality is that Britain has sought to deflect with little Zimbabwe’s agonising past in which it was complicit.

According to the House of Commons Select Committee on Foreign Relations report titled: ‘The Background to the Crisis in Zimbabwe,’ Britain claimed, with no shame, that Zimbabwe was ‘hiding behind its past to mask its failures’.

That is far from the truth.

Let us hear what the report says:

“The imperial past is a convenient scapegoat for subsequent failings on the part of the post-colonial regime, which might with benefit recognise that much of the responsibility for the problems of Zimbabwe rests not in the past but on themselves. In this Report, we consider how the United Kingdom has affected and responded to the present crisis in Zimbabwe, and whether the Government’s policies are the right ones.

Initially, relations between Mr Mugabe’s government and the United Kingdom were good. Trade between the two countries was high; Zimbabwe was a full and active member of the Commonwealth; military co-operation was extensive. Throughout the 1980s and 1990s, the United Kingdom sold arms and other military goods to Zimbabwe and provided training and aid to the Zimbabwean armed forces.”

What the report did not mention is that Zimbabwe also provided Britain with raw materials, beef and agriculture-related products.

This explains Britain’s actions against Zimbabwe on the following pervasive issue.

“Between independence in 1980 and 1997, 3,4 million hectares of land in Zimbabwe was transferred from the ownership of mainly white farmers and landowners to black commercial farmers and to the ‘rural poor’.

Based on the willing-buyer, willing-seller principle enshrined in the 1980 Constitution, this process was predominantly peaceful and relatively uncontroversial.

Some white families no longer felt comfortable in the new Zimbabwe and preferred to sell their land and emigrate to South Africa, Australia, the United Kingdom or elsewhere. However, no white farmers were compelled to leave, and most wished to remain.

A more far-reaching distribution of land therefore required financial incentives, combined with an element of compulsion, which was provided by the Land Acquisition Act of 1992.

In 1997, however, the Government of Zimbabwe claimed to lack the funds to offer adequate compensation to those whose land was to be taken away from them and, impatient to make swifter progress, announced its intention to introduce a new ‘fast track’ programme of acquisitions.

However, some £3 million of a total of £47 million UK funding for the farm transfer scheme remained unspent at this point.

In May 2000, the then Minister with responsibility for Africa, Peter Hain, told the Committee that this was because that government was running ‘a corrupt, inefficient land reform programme. We cannot put British taxpayers’ money into that’.

The Commonwealth Human Rights Initiative suggested to us that ‘The one area where the UK could have been more effective was in making it clearer that it wished to see equitable land redistribution in Zimbabwe. The Mugabe regime has claimed that the UK reneged on promises made at independence. Although this is not entirely true, the UK could have done more in the 1980s and early 1990s to fund land transfer to black farmers’.

The underspend of the sums which were offered casts some doubt on this claim.”

The inescapable reality is that Britain is angry over the Land Reform and Resettlement Programme.

They still dream of Rhodesia where only five percent controlled the economy, but that dream is gone.

It is now in the hands of the majority who are doing wonders in their respective sectors.

Equally important is the fact that Zimbabwe has managed to repair and create new roads using local resources.

That shows a country that is determined to make good use of its resources without undue influence from outsiders. 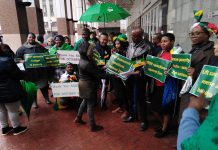 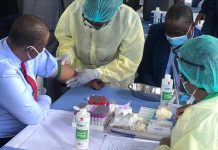 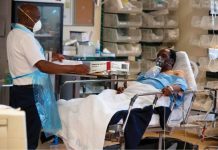