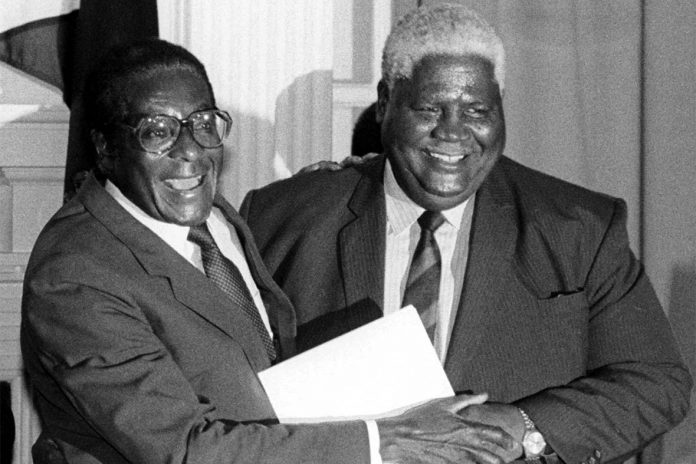 NARRATIVES of achievements of African warriors are often misrepresented.

For instance, narrations of Zimbabwe’s liberation struggle are suffocated by Rhodesian writings.

One would think Rhodesians won the war while in reality they were walloped by the indigenes, in the battle field; never mind the genocides they committed, they just could not break Africans.

However, the onus is on us to write our story otherwise the narrative that will dominate will be from the vanquished.

War veterans like Professor Charles Pfukwa opine that Heroes’ Day must be “…a moment of celebrating, reminiscing, constructing, rewriting and paying tribute to all known and unknown sons and daughters of Zimbabwe, who sacrificed their lives for Zimbabwe’s independence in a protracted liberation struggle.”

While some, like the former US Ambassador to Zimbabwe, Charles Ray, would argue that where you are going is more important than where you are coming from, this is just not true.

For instance, America has not abandoned its past; even in business, the principles and ideals of founding fathers, such as Abraham Lincoln and Benjamin Franklin, are still repeated and advocated.

Thinkers, such as Hutchins, contend that heroes “retain power long past their lifetime as symbols incarnating national values and character … in the national consciousness.”

Professor Pfukwa argues that we can never repay the debt we owe our heroes and heroines.

“More significantly, quite a lot of these people who died lie unburied or never received proper burial. Their departure speaks to the living of the wickedness of the Rhodesians. Moreover, there is no closure for the families that lost them.

They were not accounted for and are celebrated on Heroes’ Day. Heroes’ Day is time to reminisce the horrific experiences of unsung soldiers represented by the Tomb of the Unknown Soldier at the National Heroes’ Acre,” he said.

Thousands of guerilla fighters lost their lives while over 20 000 civilians, mostly unarmed women and children were killed.

Some fell at Nyadzonya, on August 9 1976, where thousands of unarmed schoolchildren in the refugee camp were massacred by Rhodesian forces.

Heroes’ Day remains important besides just recalling sacrifices made across the country; there is significant experience of anger, pain and questions yet to be resolved.

Many a fighter, a mujibha, a chimbwido continue to carry raw psychological wounds that have not healed.

Naturally that is why there is resistance to interference from countries such as the US.

Efforts to effect illegal regime change takes indigenes back in time to that horrible period of colonialism that brought untold suffering.

Our heroes and heroine stories evoke both pride and anger and trigger resistance to all machinations by our erstwhile colonisers to put back the yoke of colonialism on us.

While the West would want to tell us that where we come from is not important they teach their children and constantly remind each other that a nation constructs its identity by selectively binding their chosen and memorable achievements into a ‘national story’, which is reflected in the national heritage.

It is a truth they cherish that they live within a context of cultural and social contours, which

have been shaped by the past and yet Africa is urged to disregard its past.

The West features prominently in Africa’s  past and not in a good way at all, it raped and plundered Africa, so they would rather we forget the past.

It is also a past where we demystified the white man and showed that he was not invincible.

For instance, the story of late national hero Perrance Shiri, who spearheaded a major operation of the bombing of the Salisbury fuel tanks which brought Rhodesia down to its knees, is one they would rather forget and not have told.

Another one is the Mavhonde Battle story.

In telling such stories, vivid images of liberation struggle are painted against the stories that seek to project a superior white man.

“It is evident in the story of bombing Salisbury tanks that the guerillas were steadily marching to Harare and the Rhodesian forces were losing the struggle; such an attack brought Rhodesia to its  knees,” said Professor Pfukwa.

The destruction of  the petrol storage tanks by an elite ZANLA Commando Unit in  1978 was the turning point in the liberation war.

Another epic battle that sealed the fate of Rhodesians is the Mavhonde Battle of September 1979.

The Mavhonde story is about how Rhodesians tried, to the end, not to surrender but a walloping in the battle served as a reminder that they were done.

Rhodesian forces attacked the Mavhonde ZANLA guerilla  base near the Rhodesian border expecting victory but ended up realising that it was a terrible mistake on their side.

By celebrating our heroes, Zimbabwean resistance to evil foreign machinations is asserted.

Heroes’ Day reminds all of us of the nationalism that brought together fearless men and women to shake off the yoke of the colonial rule and gain independence.

Most of these were beheaded by British invasion forces at the climax of Zimbabwe’s First War of resistance against  white settlers  around 1897.

Heroes and heroines of the First Chimurenga and Second Chimurenga signify that in different spaces and at every point there was   resistance  to evil from the West.

And we shall continue to resist its as a people, as a country.