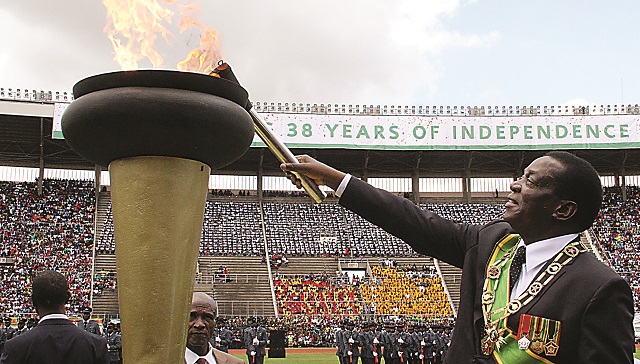 IT has been said the notion that life begins at 40 implies that when one reaches the age of 40, life becomes better, maybe because at that stage one has the skills, experiences and means necessary for an enjoyable life.

And Zimbabwe has attained 40 years of independence.

The milestone comes amid a plethora of challenges, chiefly COVID-19 which has put the whole world in a lockdown.

For the first time, since the mother of all celebrations in 1980, Zimbabweans will not gather to celebrate the day that was preceded by so much violence and death.

It was not a pyrrhic victory, but a bitter one nonetheless.

At 40, have we attained the skills, experiences and means necessary for an enjoyable life?

This is a question that might send one into a tailspin.

But the simple answer, unvarnished, is that yes, we have.

Words and booming voices from some corners of the world,to be specific the West and from minions of these, will want to tell us that we are a big failure.

This unprecedented independence anniversary presents us an opportunity in our corners and spheres to reflect.

Without the pomp, without the dizzying glitter but within our four walls, let us take a moment to reflect.

At this 40th anniversary, at home, let us look inward, examine our own ideas, thoughts and feelings.

Being cynical will not help us.

Talk to yourself and ask yourself questions.

We have been taught, encouraged and urged to disregard our history, to disparage it even, to treat it as a non-event without a bearing on our everyday life.

One who talks of the liberation struggle today might be looked at with scorn and derision.

However, we should never forget that sacrifice, loss, pain, trauma, mental breakdown, broken limbs, scarred psyches is the lot of those who ensured we attained independence.

So brutal was the liberation struggle that some had their faith in the Creator strengthened while others totally lost it.

The late liberation war hero and prominent author Alexander ‘Gora’ Kanengoni would, at Nyadzonia, hold a little dying girl, with a gaping wound on her chest, in his arms, and saw life seeping out of her.

The little girl asked him: “Cde ndinorarama here (Cde will I survive)?”

The battle-hardened Kanengoni, who had lost friends in combat and seen untold suffering, for the first time, wept and asked himself: “Why did I join this war?”

Indeed, there are several things about the war for independence that got lost in the magical celebrations of the independence of the country in 1980; but perhaps the most serious is how we have belittled and ignored, almost forgotten, the role played by the combatants in the struggle and the ideals they fought for.

In our ‘anger’, despondency and suffering, induced by Western forces who have not stopped fighting us at every turn, we find it easy to hurl insults at each other, to disrespect one another.

Post-colonial heritage studies expert Dr Tony Monda notes:   “Sometimes my perception of us as a nation is of a rootless people; aimless and feverishly searching for our identity. I recognise, in us, the lack of a singular approach to our problems and the lack of a common heritage and purpose. While we may differ, according to old colonial tribal divisions of Shona, Ndebele, Tonga, Venda and Ndau, among other ethnic groups, most of the aspects of our physical existence do not differ at all.

We eat the same food, wear the same clothes and live in very similar abodes.
Even our traditional religion is the same. We worship one God, Mwari; yet somehow we lack that necessary cohesion as a nation.

…as we celebrate…independence, let us reflect on our culture which embodies the tangible vision of what independence and indigenisation should mean for Zimbabwe.Independence should remind us of these symbols of hunhu/ubuntu.

Each individual must be able to stand up and say: ‘Though I am somebody,

an individual soul, an important somebody, I am also part of the nation’.

Every individual must agree to be part of the nation, with his rights, privileges and corollary obligations.”

As we celebrate our 40th independence anniversary, what memories are carried by the survivors of the protracted war that brought the freedom we enjoy today.

There were corpses of young men and women. And the corpses had all sorts of mutilations; decapitated heads, shattered jaws, crushed or missing limbs, disembowelled entrails, scattered brains, gouged eyes, everything. There were corpses everywhere.

And as we walked away from the horrible place, I was afraid to turn back and see a thousand or more sobbing shadows, following us, refusing to be left behind and be forgotten.”

As I write I cannot help but feel the exasperation among some still questioning why the liberation struggle matters.

The young, through no fault of their own, are totally bewildered by the liberation war narrative because we have not given them its ownership, yet they too must be its custodian and pass it on to their children who will also deliver it to their own offspring.

What then is our duty and obligation as we begin life on this 40th independence anniversary.

Dr Monda notes: “Of special importance would be the need to target our efforts in this most urgent work (developing a Zimbabwean consciousness) on the most malleable of our people – our youth. Our youth must be taught our history, ethics, civic decorum and public responsibilities. They must know we did run our own affairs before the colonial aggressors, who proceeded to brainwash us into doubting our own capabilities. Youths must know we were, and are, capable of moulding our own destiny. They must know the history of our recent revolution inside-out. Larger-than-life images of our heroes must be created for them so that the residual visions of such heroes will remain sharp in their minds…Education, posters, badges, art, pictures and recordings, electronic and other media that reinforce a deep sense of our Zimbabweanness must be freely availed to young people. Let us be vigilant in the task of creating the Zimbabwean consciousness, for it is from this seed that the tree of independence will blossom in our youths, our future.”

In spite of the difficulties that the country faces, can we really wish for the return to the biblical Moses’ Egypt — Rhodesia!

Indeed, claims for desire to return to Rhodesia are nothing but a message intended to convey the inadequacy of the black man to manage his affairs and the futility of the liberation war.

“They are intended to carry the subtle message that we need the leadership of the whiteman to move forward. And more often than not, they are sponsored projects paid for by our former colonial masters. Some people will argue that this backward looking approach will not put food on our tables. While that may be true, until we begin to see it as the major reason there is no food on our tables, we will never be able to put food permanently on those tables,” opined the late Kanengoni.
With our 40 years of independence, what must we do as a nation?

The late Dr Vimbai Chivaura perfectly summed it up:

“The triumph of independence in African nations today continues to depend in great measure on the resoluteness of the people and their leadership, never to give up the struggle, or surrender the gains of independence to the enemy, for the price of money or false glory that the enemy of the people may promise to bestow upon African states or nations.
The betrayal of African independence today lies, to a significant degree, in taking advantage of the uninformed youths on the sacrifices their people made in bringing about the freedoms they now enjoy and making them believe in looking up to the same West that we fought yesterday to get the so-called human rights and individual freedoms which, in actual fact, are meant to lead them into perpetual enslavement and surrender of their heritage to the West.

Let us begin life invigorated and inspired to create the Zimbabwe we all want, based on our ethos, without interference.

We shall never allow the torch of freedom to be blown out, however, high the wind or stormy the tempest.

We prevailed in all the Chimurengas we fought.

And this time, like all the times of the past, is no different; we will prevail, ultimately the Zimbabwe we are striving for will be achieved.

It just requires us all to put our hands on the plough and not look back.

We cannot afford to pull in different directions.

Zimbabwe at 40 and still counting!