OPPOSITION and self-proclaimed MDC Alliance leader Nelson Chamisa was recently on South African Broadcasting Corporation (SABC) saying Africans ought to copy Zambia while juxtaposing himself alongside the new President of Zambia, Haikande Hichilema.

Chamisa did not want African leaders, particularly from ruling parties, to attend the inauguration of President Hichilema and even complained that SADC is shortchanging the populace by not recognising the will of the people.

He has proved to be a failure in housekeeping issues, projects twisted definitions of democracy and, unlike the new dispensation, has not presented any sound programmes to Zimbabwe.

However, MDC opposition’s shenanigans cannot obliterate the positive image that Zimbabwe has painted under the leadership of President Emmerson Mnangagwa – achievements that are recognised even by critical Western institutions like the IMF and World Bank.

The opposition cannot stomach that the economy of Zimbabwe has been growing in an unprecedented manner as evidenced by the current leap from the earlier projections.

The IMF doubled economic growth forecast for Zimbabwe at six percent from the previous projection of 3,1 percent; citing bumper harvest, improved power supply and increased manufacturing and construction as reasons.

In a rare praise of the authorities’ policy reforms, the IMF said during this mid-year, attempts to contain the nation’s budget deficit, reserve money growth and the introduction of a foreign exchange auction system signaled that Zimbabwe is moving in the right direction.

“Further efforts are needed to solidify the stabilisation trends and accelerate reforms,” IMF said in a statement.

The economic growth projection even leapt to as high as 7,8 percent as the Minister of Finance and Economic Development Professor Mthuli Ncube recently revealed during the mid-term budget review.

Only lack of objectivity can make one ignore the new dispensation’s sound programmes that are inclusive of all sectors and fast transforming the image and outlook of Zimbabwe.

It is owing to her efforts that Zimbabwe is receiving the Special Drawing Rights (SDRs) that are supplementary foreign exchange reserve assets defined and maintained by the IMF. Professor Ncube said the IMF’s declaration that Zimbabwe will have access to almost US$1 billion in SDRs is an encouraging vote of confidence.

Said Prof Ncube: “This move is a truly encouraging vote of confidence from the international community in the new Zimbabwe, its reforms and its positive direction.”

The IMF’s SDRs to Zimbabwe is a clear sign that the country has regained a lot of international confidence under the leadership of President Mnangagwa.

It is not a coincidence that this stimulus is coming at a time investor trust in Zimbabwe is vastly improving.

This package will accelerate the new dispensation programmes already started in the health sector, fighting the COVID-19 pandemic, agriculture, education, mining and other sectors.

In a joint statement by Prof Ncube and the Reserve Bank of Zimbabwe (RBZ) Governor Dr John Mangudya, the funds will support key sectors.

Reads part of the statement: “The funds will be used prudently with utmost accountability to support the social sectors, namely health, education and the vulnerable groups; productive sectors that include industry, agriculture and mining; infrastructure investment covering roads and housing; and foreign currency reserves and contingency fund to support our domestic currency and macro-economic stability.”

The SDRs for Zimbabwe open many opportunities for the nation to realise the aspirations of Vision 2030 and satisfy the targets specified in the National Development Strategy 1 2021-2025 (NDS 1).

It must be understood that SDRs are units of account for the IMF, not a currency per se.

Some describe SDRs as ‘an international reserve asset which can be exchanged for a basket of currencies’.

The SDRs can optionally help as a low cost alternative out of foreign currency shortages.

They were created in the 1960s and are essentially a line of credit that can be cashed in for hard currency by member countries of the IMF.

They are intended to help countries bolster their reserves and make the global economy more resilient.

In 1969, IMF member-states authorised the organisation to issue the SDRs.

The SDRs could help overcome the inevitable problem of having countries not being able to obtain enough dollars to meet their trade and financial needs which would affect the global economy.

To encourage states to hold SDRs, the IMF decided that there would be policy conditions attached.

Approval of the SDR allocation by the Board of Governors requires an 85 percent majority of the total voting power of participants in the SDR Department (currently all IMF members).

In the early days of the COVID-19 pandemic, the fortunes of most countries were mostly influenced by the actions of the world’s key central banks and by private investors than by the IMF.

In March 2020, investors panicked due to the COVID-19 pandemic and withdrew from domestic and international financial markets, thereby reducing the financing available to sovereigns, corporations and households.

The major central banks responded by injecting over US$10 trillion and other convertible currencies into financial markets, and taking action to support other central banks.

This action provided support to commercial banks and other financial institutions which, in turn, decided how to allocate the trillions among their many sovereign, corporate and household clients.

The IMF responded in a weaker way from the advent of the pandemic by providing about US$115 billion to 85 countries and US$727 million in debt relief to 29 low-income member countries.

African countries that needed help most did not adequately get it, which means that the continent must call for reforms that will make the poverty-reduction and growth trust more responsive to Africans.

Without mentioning other areas, there is need for more African representatives on board since only two seats are held by Africa (sub-Saharan Africa) on the 24-member board of IMF.

This is a step towards creation of an effective voice in IMF policy matters for Africa.

Be it as it may, however, Zimbabwe is not going to be defined in exclusionary terms forever despite all negative publicity.

The train is moving and Zimbabwe is back where it belongs — in the community of nations. 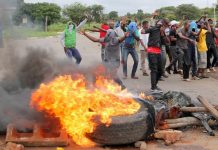 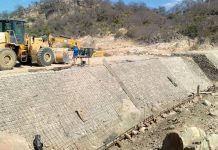 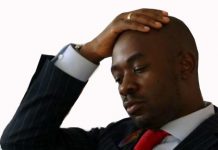