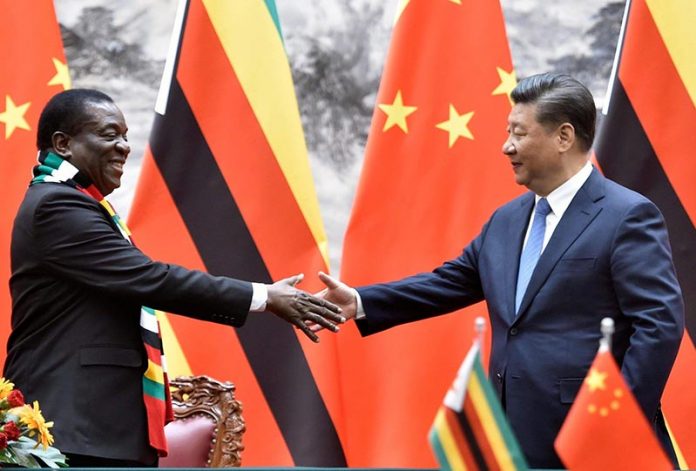 I REMEMBER quite vividly the day Zimbabwe removed itself from the Commonwealth.

I felt it was an advent worthy of celebration.

I was living in Pretoria, South Africa, at the time.

There, I witnessed the High Commission transforming into an Embassy overnight, owing to the exiting of our nation from the Commonwealth.

It was explained to me that Commonwealth member-nations can only have high commissions not embassies.

Yet the UK has embassies around the world.

This implied that, by agreeing to be Commonwealth members, each nation would have forgone some of its sovereignty in terms of foreign representation, with the UK acting as the product owner and its former colonies as sales representatives who receive commission for bringing in business.

On the other hand, a former colony which abrogates its Commonwealth membership retains complete sovereignty as far as foreign representation goes.

But it does not end here; the implications of leaving the Commonwealth are as serious as those of Brexit; that is the UK leaving the EU.

This is because, functionally, the Commonwealth is a platform for the UK and its former colonies to share markets, resources and provisions among each other.

It is because of platforms like the Commonwealth that the UK had the courage to leave the EU. Having numerous former colonies is a safety net but having those colonies still within reach and under its external jurisdiction and hegemony is an added safety belt.

This greatly benefits the UK which can access labour and natural resources in Africa and Asia, even after those lands have acquired their independence.

But on the other hand, member-nations that are productive and influential have a larger market to serve than non-members.

Non-members will have to reintroduce themselves as entities independent to the Commonwealth and, thus, no pre-existing provisions with the UK or Commonwealth will apply to them.

Trade and travel rights will be revised and may not be as favourable when dealing with the UK and Commonwealth member-nations.

Thus, Zimbabwe’s decision to leave the Commonwealth should have been coupled with a programme to establish such vital links before or shortly after doing so.

Zimbabwe’s Commonwealth exit had a strong symbolic gesture pertaining to sovereignty, that even I felt at a young age. But the ramifications, coupled with the economic sanctions from the US and the EU proved devastating.

When one leaves his father’s house, he has to be prepared to fend for himself.

It is that preparation that we still lack today and the solution is not to  become Commonwealth members once more, but to establish these independent international links and markets of our own. To this day, Zimbabwean goods are heavily under-sold.

When whites were still in power, they would not allow Zimbabwean commodities to be undersold.

That is in terms of quality: Zimbabwean goods, such as gold, beef, tobacco and almost everything indigenous or exogenous grown in Zimbabwe, were regarded as either optimum or premium quality.

This has not changed simply because many whites opted to leave Zimbabwe after the Land Reform Programme.

It should be noted that the Land Reform and Resettlement Programme did not chase whites away, but simply redistributed the spacious farm lands which they forcibly took from our ancestors.

They were told to keep the lands they were cultivating and to give up the rest, which they had reserved for future generations and was largely unused, to the black masses.

The white farmers would not swallow their pride and arrogantly left for Zambia, South Africa, Nigeria, Australia and the UK, among other places.

This was because land reforms had not yet taken place in Africa and they were optimistic that former President Robert Mugabe and his regime would fall as a result of it.

Some of them went to the SADC Tribunal in Namibia while others resorted to hiring mercenaries from South Africa.

Both attempts were ineffective and only led to Namibia and South African blacks also demanding land reforms to be carried out in their countries.

Besides economic sanctions, a war effort was proposed and denied in the UK, which is the last international relations resort in conflict resolution after diplomacy and sanctions have failed.

Whites also closed down their factories to worsen the economic instability by consequently reducing the production of goods and also employment opportunities.

All these acts of sabotage should have been considered before initiating the otherwise empowering programme.

Indigenous farmers and entrepreneurs should have been engaged by Government to be prepared to replace key settler-farms and enterprises.

The acts that Zimbabwe has taken in recent history have been bold.

These include the liberation struggle which led to our independence, the land reform programme and leaving the Commonwealth.

If my article is saying anything, it is this.

We ought to be prepared for the worst when making such moves. Technical knowhow ought to have been desperately sought along with machinery, be it from the East or the West, before breaking away from the former coloniser.

Now Zimbabwe stands alone and isolated yet under-productive and heavily reliant on imports.

Goods, even basic commodities, are therefore expensive because of transportation and duty.

Unemployment, particularly among the youths, is also a result of the low productiveness.

Beyond Zimbabwe’s borders, no functional changes have been made to distinguish the new embassies from the old high commissions.

Yet the nation must make strides to establish new territory and settle for new provisions world over.

China, under Mao Ze Dong in the 1950s, was in the same ditch we are currently in; sanctioned and isolated by the US and Europe.

The measures they took to become what they are today are as follows:

λ They sent their citizens to study abroad and acquire modern skills and technology.

λ They then tasked the scholars to return, establish and modernise the local industry.

λ They also sold China’s size, resources and cheap labour to the West after Deng Xiao Ping’s opening up policy in the 1970s.

λ The West found that it would be cheaper to produce in China as the costs of labour and raw materials were relatively low.

λ They set up factories in China and the problems of unemployment and production were settled, along with that of foreign direct investment.

λ The locals then used reverse engineering to find out how the goods they were producing for the West were made. They then began making their own products knowing that they had a market in the West, and they also began marketing the goods locally.

Now we find that China produces almost everything the West produces and has become the largest trading partner with most of the nations on earth, including the US. 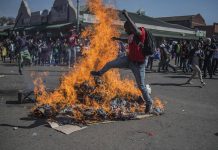