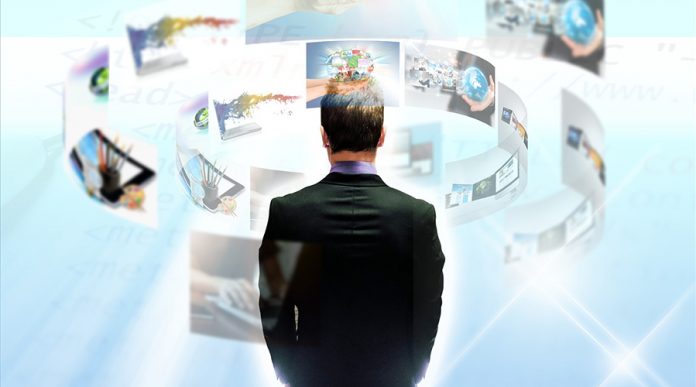 THE first reason why the collapse of investigative public journalism has happened is the wide acceptance of journalists as ‘imbeds’ in the security apparatus.

It started with journalists being imbedded during the wars against Yugoslavia, Iraq and Syria.

But it also now involves a degree of embeddedness in the Homeland Security structure, at least in terms of narratives justifying the so-called ‘war on terror’.

This embeddedness ensures that the selling of the Western neo-liberal brand excludes Abu Ghraib, Guantanamo Bay and the killing of George Floyd as well as many others within the same Homeland to which Afghan collaborators, with occupying forces, now seek to escape.

“The US Defence Department’s policy of embedding journalists in Iraq has won broad support in government and the (private US) media. Reporting from embedded media during the spring of 2003 reduced the potential for Iraq disinformation (on civilian casualties) that could have undermined political support for the war in the US and in other countries. (Imbedded media) coverage during the march to Baghdad may have influenced the political will of Iraq military and civilian leaders. From the media’s perspective, journalists gained unusual access (at the tactical level), … and a better understanding of the military.” (US Department of Defence, Report of the Defence Science Board Taskforce on Strategic Communication, 2004:23)

The other cause of the collapse of investigative public journalism is what scholars have called ‘Rhetorical Convergence’ or ‘Convergence of Genres.’

These consequences include the rampant violation of ethical standards and principles forbidden in Section 6 (5) of the Zimbabwe Constitution.

The effects of the fast collapse of conventional journalism into social media include the following:

This means higher salaries for those who achieve notoriety via social media than for conventional journalists. The latter are often forced to join or imitate the former.

Two views with a bearing on the future of the media

The first major viewpoint is that of the military: The US military did not stop with the offer to imbedded journalists covering military conflict.

They also took a clear position on the so-called ‘free-flow’ of information celebrated at the turn of the millennium.

According of the Report of the Defense Science Board Taskforce on Strategic Communication, the ‘free-flow of information’, now typical of the internet and social media, presented a paradox:

“The US has always operated from the proposition that in ‘the war of ideas’ and the competing ideologies, one form of governance and society functions best when the bright light of free-flowing of information is pulsing — among free and democratic societies — while another — the tyrannical and fascistic — functions with difficulty, if at all, under those [same] circumstances. Yet the paradox today (in 2004) is that our enemy (who is far, far from being democratic) is thriving in an environment of free and open information flows (from which it is benefitting immensely).” (Page 39).

The study went on to point out that the theory of free-flow of information was based on the Cold War in which it was assumed that oppressed masses were so oppressed for lack of information.

The struggle for hearts and minds then had to tackle the scarcity of information.

But in the digital age, information was no longer scarce; it was too much. What had become scarce was quality attention to one’s message in a situation of too much information.

(The) Cold War template was almost mythically anointed in the decade before 9/11. Thus, with the surprise announcement of a new struggle, the US Government reflexively inclined toward Cold War-style responses to the new threat, without a thought or care as to whether these were the best responses to a very different strategic situation.) (Page 34).

Digitisation, convergence and the future of media governance

Media laws, including constitutional provisions, assume first that the media can, and should, be governed predictably and consistently; second, that in ‘democratic’ societies, this governance should aim to promote peace, diversity and ‘development’ through universal access to media and to information. The slogan summing up these ideals in Zimbabwe is ‘Leaving no one and no place behind’.

Contrary to those ideas, the net effect of the changes celebrated by the under-40 generations and regretted by the US Defence Department is the phenomenon popularly called ‘polarisation’ but much deeper than that.  It is the creation and entrenchment of a new class system based on a digitised media system. This is the emergence of a financially and technically privileged nexus of media practitioners and their listeners or readers whose exclusivity has since been tightened by the COVID-19 pandemic and its promotion of a minority culture of zooming.

It is, therefore, not surprising that in the place of universal access, social cohesion and tolerance, the world is witnessing polarisation and highly mediated riots, for instance in Europe, the US, South Africa, Myanmar, Lebanon, Brazil and elsewhere.

In those societies, the zooming class and governments in general are cutting themselves off from ordinary people, even through the efforts they make to ‘communicate’.

What is clear is that most public officials’ views are not strategically considered. For example, when we hear politicians urging poor people to embrace technology, we should quietly remind them that in the world of capitalism and, specially under conditions of the illegal sanctions regime imposed through the Zimbabwe Democracy and Economic Recovery Act, …no technology has ever been made and sold for the purpose of embracing it. Our ancestors, foremothers and forefathers, have always advised that we harness technology after strategic consideration.

Zoom meetings and the simulation of democracy, accountability and access

In 1995, Mark Slouka published a book called The War of Worlds: Cyber Space and the High-Tech Assault on Reality.

In the introduction, Slouka wrote this:

“We’ve come a long way, very quickly. What surprises us now, increasingly, is the shock of the real: the nakedness of face-to-face communication, the rough force of the natural world. We can watch hours of nature programming, but place us in a forest or a meadow and we don’t know quite what to do with ourselves. We look forward to hanging out at the Brick with (fictitious) Chris on Northern Exposure (a show) but dread running into our neighbour while putting out trash. There has come to be something almost embarrassing about the unmediated event. We’re more comfortable with its (media) representation…”

The ‘shock of the real’ is exactly what Western elites experienced over Afghanistan in August 2021.

Now, 1995 was long before COVID-19 and the new political economy of social distancing which is already being dubbed the new normal. But in many ways it is neither new nor normal. Digital technology was preparing us for it for more than twenty years, even without COVID-19.

The celebration of zoom meetings and other forms of digital mediation for public institutions represents a brutal, secular application of the Book of Matthew Chapter 21 verse 14.  “For many are called but few are chosen,” or simply: Many are called few are chosen.

This means, first, that availability of something on the market is confused with its accessibility or broadcasting a message or sending out a message to the masses is mistaken for its on-the-ground resonance.

Second, it means that the media representation of an experience is treated as superior to the experience of those being symbolically represented. More graphically, feeding a few selected hungry people in the glare of digital TV cameras is superior to feeding hungry masses where one might risk a deadly stampede or riot. So, we resort to symbolic and selective media feedings. The exclusionary digital term for those not chosen is PONA, people of no account!

Third, zoom meetings and other digital communications use a brutal application of Linear Perspective Vision which, for lack of space, can be characterised in general as based on exclusion.

Zoom meetings do not only imply distancing; they are a virtual version of the transportation theory of communication. But as author Tony Schwartz has pointed out in his Resonance Principles, “We seek to strike a responsive chord in people, not to get (or transport) a message across.”

According to Schwartz, “Man has never before experienced a world of visual sensation patterned in an auditory mode.  In communication at electronic speed, we no longer direct information into an audience, but try to evoke stored information out of them, in a patterned way.”

In this sense, most zoom meetings for public organisations are a waste of time and effort because the exchange often is just among like-minded officials digitally hooked up and completely by-passing the povo in two ways: Because the povo are not online or because the officials are evoking only the information and experience which is privy to themselves and is not part of the povo’s prevailing mindset and current experience.

COVID-19 has merely widened this gap and that is why there are public riots in so many countries.

The second major viewpoint or response is that of the younger generation (under 40 years) who were the subject of the book Tuned Out: Why Americans Under 40 Don’t Follow News, by David Mindich.

These young people in essence said ‘news’ was no longer a presumed public good to invest in or subscribe to as heavily as its promoters suggest.

Jeff Jarvis quoted one representative of the group who said: “If the news is that important, it will follow me.” 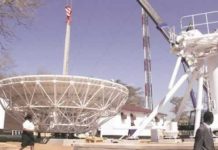