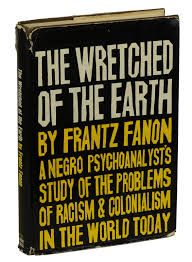 The Wretched of the Earth

ACCORDING to Frantz Fanon, national culture is the collective thought process of a people describing, justifying and extolling their actions.

Fanon argues that national culture in the underdeveloped countries must lie at the very heart of the liberation struggle these countries wage.

In The Wretched of the Earth (1961), Fanon analyses the psychological effects of dehumanisation the colonised suffered.

He emphasises the individual, the national as well as the broader social, cultural and political implications of colonisation.

Fanon argues that the indigenous have suffered cultural emasculation from the colonial monolithic discourse that glorifies Western cultures.

“The native has assimilated the culture of the occupying power,” says Fanon.

The native has acclimatised to colonial discourse and even produces literary forms that bear semblance to the monolithic literary traditions of the colonising country.

Squashed by traditions that do not even speak to his/her experiences, the oppressed is suffocated.

He is moulded by traditions that elevate the oppressor, muting the oppressed.

He has been taught to be deeply rooted in philosophical traditions and aesthetic conventions borrowed from the world of the coloniser.

Fanon argues that given this status quo, the subjugated remembers authentic identity and attempts to fight assimilation.

The culturally alienated native intellectually attempts to glorify denigrated traditions which were condemned by the colonial discourse.

He attempts to turn to “…cultural reaffirmation characterised by unbridled traditionalism,” Fanon says.

Return to past glories is a defence mechanism by native intellectuals.

Fanon argues that such nationalisation must be applauded for making the colonised remain strong.

Shrinking away from Western culture is to avoid “…being swamped,” says Fanon.

However, this “…cultural reaffirmation…” stops at glossing over by-gone days and does not save from realities of colonial domination, Fanon argues.

Fanon adds that the indigenous intellectual then make efforts to redirect himself from the unsatisfying romantic traditions by reminding himself and the people about the need to fight the coloniser.

In this revolutionary phase, the native, ex-colonised or subjugated, ‘yearns’ to alter the present material conditions of life.

He has realised that colonialism teaches the colonised to consider his past as an unworthy evil that must be changed.

He has also noticed that elevating culture only is not enough.

There is need to be assertive in dealing with the effects of colonialism and working on the grains of assimilation which has made the colonised part and parcel of the colonial culture.

Fanon argues that national culture, at this stage, is recourse to history combined with liberation struggle.

The struggle is anchored on revolutionary narratives that facilitate in pulling back the colonised from the discourse that grounded him on “…imperialist identities and psychologically mould the slave and master roles,” Fanon argues.

It “…(highlights) the necessity for each generation to discover its mission and to fight for it,” Fanon further argues.

The relevant point from Fanon here is that national culture must be built on the ‘material resistance of a people against colonial domination’.

Delving into the past of a people gives coherent elements that “…counteract colonialism’s attempts to falsify and harm but we must work and fight with the same rhythm as the people to construct the future and to prepare the ground where vigorous shoots are already springing up,” Fanon says.

The essence of national culture lies in the realities of the people; their “…whole body of efforts…to describe, justify and praise the action through which that people has created itself and keeps itself in existence.”

According to Fanon, national culture must condemn colonial enterprise.

National culture must refute the lies that the colonial enterprise was aimed at serving. It is the return to the pre-colonial culture not only to glorify continental identity but going deeper to negate racially inflicted insults and psychological injuries caused by colonialism.

It is ‘not folklore’ but connecting to history to underline national “…struggle as its bedrock of existence,” argues Fanon.

National culture is post-independent man’s effort to struggle against every form of colonial oppression.

It is an intellectual struggle that dwells on building larger political unions.

These unions must emphasise the national. National culture is a ‘poetry of revolt’. It exudes the lived experiences of the colonised.It recapitulates insider narratives as a process of ‘self-immersion’, argues Fanon.

Whilst Fanon is accused of failing to underline the feminine agency in his analysis of national culture, there is need to appreciate his stance on national culture as self-liberating efforts. 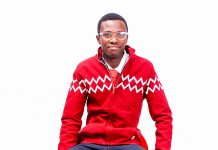 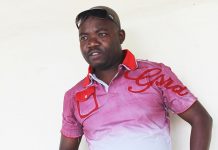