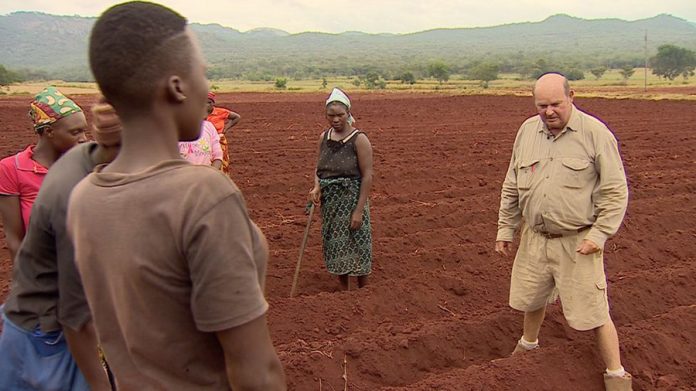 THE heart of the 2010 Supreme Court ruling on  whether compulsory land acquisition without compensation was constitutional or not was Constitutional Amendment Number 17 of 2005, Sections 16A and 16B, particularly the former, which reads as follows:

(1) In regard to the compulsory acquisition of agricultural land for resettlement of people in accordance with a programme of land reform, the following factors shall be regarded as of ultimate and overriding importance–

(a) under colonial domination, the people were unjustifiably dispossessed of their land and other resources without compensation;

(b) the people consequently took up arms in order to regain their land and political sovereignty, and this ultimately resulted in the independence of Zimbabwe in 1980;

(c)  the people of Zimbabwe must be enabled to reassert their rights and regain ownership of their land; and accordingly;

(i) the former colonial power has an obligation to pay compensation for agricultural land compulsorily acquired for resettlement, through an adequate fund established for the purpose; and

The constitutional amendment cited here and the subsequent Supreme Court judgement based on it were the result of the overwhelming African majority’s  re-learning of African living law especially as a response to the Rhodesian white minority’s so-called Unilateral Declaration of Independence (UDI) in 1965.

Unilateral Declaration of Independence and the worsening oppression and dispossession of African people since 1965 destroyed all illusions among the African petty elite that colonial racism could ever be ended through reform or that the African majority could ever achieve self-rule through negotiations.

The disillusionment of the petty elite made it easier for radical nationalism to gain influence by assuming what I call the ‘Mwana wevhu’ approach going back to the teachings of the First Chimurenga.

In other words, what comes through the Zimbabwe Parliament as Constitutional Amendment Number 17 is a watered-down paraphrasing of African living law as taught outside the Rhodesian system and against Roman-Dutch Law and English Common Law particularly during the Second Chimurenga and deriving from the history lessons of the First Chimurenga.

The only courts remotely related to African living law were now called (African) Customary Courts and they were now the lowest in the land.

They were not allowed to handled so-called constitutional maters.

Therefore, the land revolution after independence, especially on paper, had to assume the form of ‘reform’ and to fit the Roman-Dutch or English straight-jacket because any challenges to its application would have to be settled by a neo-colonial judiciary.

In fact, in 2000 leaders of the Law Society of Zimbabwe sponsored demonstrations opposing even the clearly mild  provisions for ‘land reform’ during the tenure of Chief Justice Anthony Gubbay.

Chimurenga mobilisation and the armed struggle based on it were direct responses to the teaching of African living law; and by the end of the war the mindset of the majority was for compulsory land acquisition as part and parcel of overall reparations, not reforms.

Based on this understanding, liberation war veterans and landless peasants combined to occupy white farms directly and challenge the administration to evict them by force.

Through the late former President Robert Mugabe, the Government of Zimbabwe recognised that written law in its Roman-Dutch and English Common Law formats would have to adjust to a de facto land revolution driven by war veterans and peasants.

There was no way in which the Government would mobilise the Zimbabwe Republic Police and the Zimbabwe Defence Forces to evict war veterans and landless peasants from so-called white commercial farms because all these so-called ‘land-invaders’ had collaborated in the guerilla war against the same white settler-regime in the belief that after victory they would institute the African living law of reparations rather than incremental ‘land reform’.

The military and police forces were by then made up of mostly war veterans and war collaborators who had fought in the same war of liberation in order to reclaim the same stolen African land.

Why Chidyausiku was declared a National Hero

He was a legal genius who navigated the boundary between the intent of African living law and private property law inherited from colonialism and deriving from Roman-Dutch Law and English Common Law. Chidyausiku provided an erudite judgement which could be shown and read in Western fora as proof that Zimbabwe abides by ‘the rule of law’ and follows so-called ‘international best standards’.

He succeeded in buying a temporary peace and saved the neo-colonial system so it could fight another day. And that system still continues to fight for the rights private property even on the resettled farms.

The most important achievement of the Third Chimurenga (land reclamation) was to bring back an economy where Africans could now pass on nhaka (inheritance) to their children, with land as the foundation.

For 100 years of dispossession, African parents no longer had any meaningful inheritance to pass on to their descendants.

But in buying time for the neo-colonial system, Chidyausiku helped the elite to divert the African majority from a focus on reparations to a focus on compensation.

This shift has had the unfortunate effect of turning into ‘owners’ those inheriting and enjoying stolen property for over 100 years.

These are the people to be compensated for so-called ‘improvements’ on the stolen land.

As a result, our children may quickly forget the African law which motivated and guided the freedom fighters who liberated this country but were called and treated as ‘terrorists and bandits’.

If the concept of reparations is adopted, compulsory land acquisition becomes a programme of self-administered reparations.

But the British would still owe reparations for unprovoked war, for looting, for exploitation, for forced labour, forced taxation and so on.