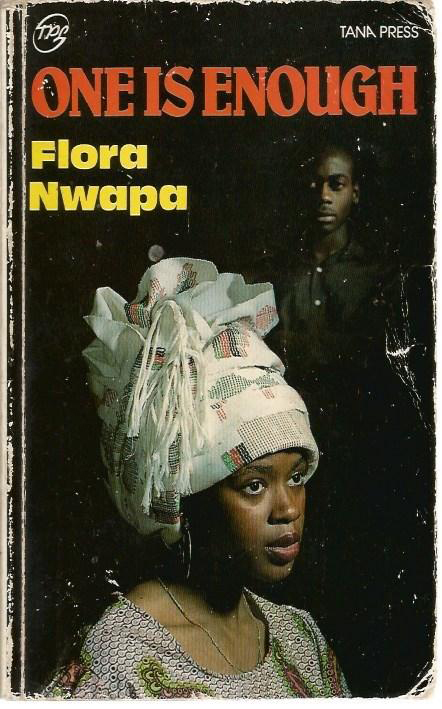 ONE of the reasons for marital problems and conflict is infertility.

It is sad to note that infertility has also affected the social and mental being of affected individuals.

Due to limited infertility clinics, Africa is still lagging behind in providing assistance to couples dealing with infertility issues.

Research has shown that, in most parts of Africa, though infertility is a shared responsibility, the woman is regarded as the victim and thus expected to carry the burden on her own.

Women that fail to conceive continue to face stigma and discrimination in various communities.

Under review this week is a novel by the late Nigerian renowned author, Florence Nwanzuruahu Nkiru Nwapa Nkapa, better known as Flora Nwapa.

Simply titled One is Enough, the book provides a narrative that pushes readers to reconsider their views on the matter.

One is Enough is a compelling story of a woman, Amaka, who struggles to find an independent and fulfilling life of her own.

The author’s story seeks to preserve and promote African culture.

The story revolves around protagonist Amaka who gets married to Obiora.

Unfortunately, her happiness is short-lived as she experiences infertility problems.

She goes on to discover that her husband has two children with another woman.

Amaka worked as a teacher before the civil war.

Her character represents both the traditional woman of the marketplace and a modern businesswoman supplying timber, sand and food.

In spite of facing mental torture from her mother-in-law as a result of her condition, Amaka is resilient enough to endure six years in a childless marriage.

Despite the insults, she continues to be a respectful daughter-in-law.

“Amaka was not sure what her offence was but her mother-in-law had been so rude to her the night before that she’d been unable to sleep. So, at six in the morning, she had decided to apologise to her mother-in-law for what she did not quite know,” writes Nwapa.

The writer highlights the efforts that Amaka put to save her marriage, to no avail.

The story does well in highlighting the numerous challenges, especially those encountered by women, in a childless marriage.

Amaka endures the problem of infertility on her own while her husband enjoys his ‘virility’ in another woman’s home.

“She had been told by many gynaecologists that there was no likelihood of her ever becoming pregnant. There was something wrong with her tubes.

However, things had begun to change a few months back when there was still no sign of pregnancy. Her husband became short-tempered and almost inattentive.

He began to undergo a change, and Amaka noticed it all but chose not to discuss it, saying that if she was pregnant, everything would be back to normal,” writes Nwapa.

Despite being set in Nigeria, the novel is a reflection of a number of African societies and their story.

In the character Amaka, Nwapa portrays African women’s desperation, potentiality and, to some extent, self-discovery.

Her doctors declared her barren.

While her mother-in-law harasses her, she does not break but, instead, leaves for Lagos to start afresh.

Amaka’s journey of self-discovery is made possible by taking heed of her mother’s advice which says: “…forget men, be pregnant, have your children and live an independent life. Take your sister Ayo as an example; even though she is not married, she has four children with a wealthy man (already married) who is in charge of their welfare. And indeed doing it well, it is far better to be a mother than to be a wife.”

One is Enough is a book written for women and African societies at large to help them change perceptions regarding marriage as the only institution that brings happiness for a woman.

Through her book, Nwapa is instigating breaking of patriarchal chains.

The book makes it clear that infertility is a shared responsibility, not a woman’s burden to carry alone.

The writer is also encouraging breaking traditional chains that restrain women and also pushing African communities to work together in unleashing the different potentials of women.

One is Enough can also be regarded as an African feminist point of view that advocates the emancipation of women from various chains particularly male domination.

Why we must never forget

We are no longer a British colony