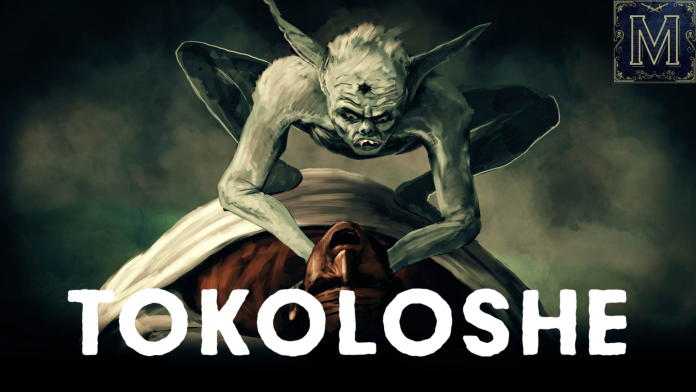 CHIKWAMBO cannot be a goblin because the root of the word ‘goblin’ has absolutely nothing to do with the Chindau root of the concept in mukwambo.

Therefore chikwambo should be understood in relation to mukwambo and defined as ‘a mutant’ of the prevalent, common and positive fantasy about and desire for mukwambo.

This prevalent, common and positive fantasy about and desire or mukwambo in Zimbabwe is demonstrated through proverbs about mukwambo/mukwasha, as in the following:

λ “Mukwambo mukubvu/mukoko, haaperi kuburwa.” (Your son-in-law is like a beehive from which you can always draw some honey upon need).

λ “Mukwambo mukuyu, haaperi kudyiwa.” (Your son-in-law is like biltong. You can always nibble a small piece at a time, depending on need).

There is no question that from these Shona proverbs, ‘mukwambo’ is desired, dreamed of, fantasised, as a solution to many problems. Mukwambo therefore was the indigenous equivalent of today’s development agency.

On the other hand, chikwambo is a symptom, a problem to be solved like an illness.

It is the desire, the fantasy, the dream of relating to one’s own mukwambo, by those without one, which has mutated, gone counterfeit.

It is not a creation of the devil.

It is not an incubus as in the European meaning of goblin, derived from Old French gobelin.

Indeed, up to this day in Shona communities, the fantasy about relating to mukwambo/mukwasha is almost universal.

To every parent or prospective parent of a daughter, every young man who is not already a relative is presumed, sometimes jokingly, to be mukwambo/mukwasha.

Further, every young man must assume that every prospective mother is his potential mother-in-law and refer to her as ‘ambuya’ or ‘amai’.

This is translated literally to mean that someone else’s wife to a man is like a mother-in-law.

In practice, it means at least three things: Young men, especially, must respect and honour their mother-in-law.

In the second place, the basis of that respect and honour is the possibility that the married woman already has a daughter or will soon give birth to a daughter whom the young man or his brother or other male relative might end up marrying.

Moreover, this married woman may be the aunt of a young and desirable woman somewhere with whom the young man might end up striking a relationship.

Chikwambo is a short-cut formula to creating one’s own relationship with the much desired mukwambo.

Chikwambo is a counterfeit contraption, a technology or technique whose significance in the African philosophy of hunhu/ubuntu cannot be understood when it is totally divorced from the original desire, fantasy or dream of one’s own mukwambo.

The fantasy is one of a relationship characterised by commitment, long-term service, utility and reliability.

This approach is well articulated by Robert D. Romanyshyn in Technology as Symptom and Dream:

“To approach the technological world as a cultural dream is an invitation to the reader to adopt a (relational) style of thinking receptive to the undertones of life.

In dreams we are addressed by the underside of events and things, by the unspoken in what has been said, by connections and allusions which may otherwise be unnoticed.

Dreams shadow waking life and what we, individually and culturally, cannot bear in conscious life we dream.

The problem of colonisation for African philosophy then was the bifurcation of African existence, in which colonisation was presented as a modernising project in which African life and thought were to be split forever between tradition and modernity.

African culture itself was also to be split forever from development, technology and science.

And yet, as Romanyshyn says:

“To attend to the cultural dream of technology is… also something more, for in presenting the shadows and the silences every dream, whether individual or cultural, preserves them.

In this respect every dream is also a call to remember what would otherwise be forgotten on the surface of events and things.”

Instead of focusing on an object, instead of reducing chikwambo to an object (goblin) borrowed from European fairy tales and witchcraft, African relational philosophy must reconnect chikwambo to mukwambo, because, as Romanyshyn suggests: “In attending to technology as a cultural dream, the reader is also being invited to attend to it as a cultural symptom.

This second invitation, moreover, does not merely repeat the first one. It also adds something (because)… a symptom is also a way of saying not only that something is wrong (in this case chikwambo), but how that something can be made right.

In every symptom (chikwambo) there is, so to speak, the whisper of a direction, the hint of a path about how one can find one’s way back to health or balance or, perhaps most descriptively, home.”

Therefore the concept chikwambo must be brought home, must be related to mukwambo, before Africans can realise its contemporary relevance and usefulness.

In terms of what is called ‘development’, coming ‘home’ in relation to the idea of chikwambo suggests the applicability of that idea to contemporary life.

My thesis is that chikwambo is a rich African politico-ecological process of naming and communicating.

Chikwambo is automatically a relational concept.

In its Chindau origin, the concept refers to the shadow side of the prevalent fantasy of mukwambo, or an asset, formula, loan or technology smuggled into or forced into an environment by an ambitious or greedy relative for his own private enrichment or empowerment which results in untold collective suffering for the group, family or community, where the collective suffering leads to a concerted search for and discovery of the cause.

The environment here may be a marriage, a family, a community, a region, a river or the oceans or the whole world as we know it.

The concept is a tool of collective empowerment because it assumes collective ownership of the environment into which the asset, loan, technology or formula is smuggled.

It presumes lack of transparency and accountability on the part of the smuggler who is then subjected to scrutiny and suspicion.

While Professor Chimhundu’s definition is restricted to the use of chikwambo for stealing other people’s wealth, there is no question that the concept also applies to the usurpation of power using that stolen wealth or using the smuggled formula or technology.

Chikwambo is as much about stolen wealth as it is about usurped power.

By smuggling this asset, loan, formula or technology and introducing it into an environment belonging to all, the smuggler has usurped and assumed certain powers over the rest of the community and its ecology.

For example, chattel slavery was an inhuman and dehumanising formula for the quick enrichment of white men which the world community has agreed to ban for good from the labour relations environment.

It cannot be accepted as a path to development, even though white society abused it to gain power and wealth.

The on-going remobilisation of the Black Lives Matter Movement worldwide is the latest manifestation of the blow-back from chattel slavery as the whiteman’s chikwambo.

It brought wealth and power to the whiteman but there is no question that it continues to wreak havoc on contemporary relations as we go to press.

Continued racism under neoliberal capitalism is a clear by-product of the formula of chattel slavery invented and propagated five centuries ago.

In North America, the fabulous material benefits enjoyed by white men as a result are still too tempting to renounce in full.

But the resulting havoc is too clear to miss.

The resulting damage is clear in the reduction of the elaborate fantasy to a mere object whose origin is viewed as pure evil.

In Zimbabwe, chikwambo is therefore visualised as a repulsive, grotesque and disgusting object used by ignorant people who are divorced from science and technology.

The so-called Zulu equivalent, the tokoloshe, is made to look even more evil and more grotesque that the Shona version.

This demonisation and denigration of the politico-ecological concept through its caricaturing helps to hide the fact that, right from the beginning, chikwambo has always been sold through enticement, temptation, marketing and advertising.

In fact, this African concept is most relevant when applied now to digitisation and contemporary models of deception.

Chikwambo: Philosophical naming deeper and larger than a literary trick based on individual poetic licence

The act of philosophical naming which produces relational concepts such as chikwambo is deeper and more profound than the private production of literary metaphors in which the writer engages in individual poetic licence.

As the late feminist philosopher Mary Daly pointed out in her book Pure Lust: Elemental Feminist Philosophy, the original acts of naming which produced symbols and metaphors were more profound than conventional Eurocentric philosophers often assume.

“The point is, however, that symbols and ‘mere’ metaphors are (actually) required, not because of some deficiency or lack in the sphere of abstract conceptualisation, but because of the demanding, rigorous nature of the work itself.

Symbols, in contrast to mere signs, participate in that to which they point.

They open up levels of reality otherwise closed to us and they unlock dimensions and elements of reality.”

For colonial and neo-colonial Africans, a number of closures were created, such as the assumption that African society was traditional and not contemporary.

Therefore it was incapable of producing relevant contemporary thought of its own.

Another was that African society had no history, as the late Oxford Professor Hugh Trevor-Roper claimed in 1963.

Still another closure came from the missionaries who dismissed African concepts such as chikwambo with contempt, as evil, primitive, superstitious and worthy only of suppression.

The African contribution to solving problems of modern development (such as global warming) can be made clearer today by connecting the indigenous African fantasy of a super mukwambo to the contemporary fantasy, desire or quest for development, bearing in mind that the grab for power and domination in the world is usually carried out in the name of development.

Colonialism, imperialism and even apartheid – all wore the mask of development.

Africans therefore must realise that the problem-solving role fantasised and expressed through Shona proverbs has been given to donors and development agencies.

A great deal of harm has been inflicted upon society by donors and development agencies in the name of development because these now wear the empty skin of mukwasha/mukwambo.

They are the current zvikwambo.

The result is an environment plagued by catastrophic problems such as climate change, global warming and wars/conflicts to determine who should be allowed to make, own and control nuclear weapons, for instance.

Nuclear weapons today represent the ultimate chikwambo in our midst.

Yet what humanity wants is a true mukwambo/mukwasha and the meticulous procedures of ecological participation and control learned from the adoption and incorporation into our home of the African mukwambo.