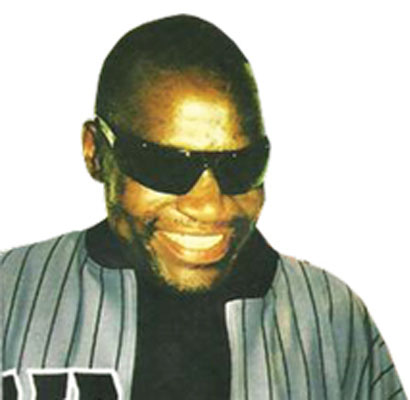 South African musician and lawyer Steve Kekana died recently and many will remember him for his hit songs which graced our local television musical programmes like Psalmody and Mutinhimira wemimhanzi/Ezomgido.

I started listening to Kekana’s music when I was only seven-years old when my mother bought me his 7-single collection which had songs ‘Shine on’ and ‘Colour me’ on the flip-side.

Years later when I was a presenter/producer at Radio 2, now Radio Zimbabwe, I used to repeatedly play his songs ‘Icilongo’ (trumpet) and ‘Iphupho’ (dream).

His voice could be heard backing Sipho Hotstix Mabuse’s song ‘Burnout’ which was used by fellow Radio 2 DJ, the late Joseph Panganayi Mukaronda, as his signature tune.

I will definitely miss Kekana and his compositions.

He was one of the blind talented artists who proved to the world that blindness is a state of the mind than disability.

Kekana was inspired by his namesake ,the visually impaired American singer Stevie Wonder, who became blind six months after his birth.

Steve Wonder’s prodigious talent, which saw him producing a hit song at the age of 13 inspired Kekana very much.

Stevie Wonder, who was born Sterland Hardaway Judkins, became one of the most loved American musicians.

It is said that he even told his mother: “Don’t worry about me being blind because I’m happy.”

And it is this happiness that probably inspired other blind people to become musicians of note.

The Michigan-born performer was such a genius that before the age of 10, he taught himself to play the piano and drums.

Another South African blind musician who was talented and whose music made the Soweto township popular was the late Lazarus Kgagudi of the Ngembese fame.

His other hit song ‘This place is boring’ inspired me to visit Soweto, a place l now visit whenever I go to Mzansi, it has become one of my favourite places on the continent.

‘Don’t hold her ruff’ is another monster hit he made.

On the local scene we had a fair number of blind musicians who were a force to reckon with in the music industry.

Unfortunately, most of them are now late.

One of the most popular is Paul Matavire, who, like Steve Kekana, lost his eyesight due to glaucoma at a tender age.

Matavire is renowned for being a great social commentator, motivator, teacher and entertainer, hence he made his name in the music industry with hits such as ‘Kisimusi yatosvika’, ‘Dhiyabhorosi Nyoka’, ‘Tanga Wandida’ and a lot more. He was one of the musicians whose yearly compositions were always eagerly awaited for by their respective recording companies, record bars and fans especially during the festive seasons.

During the time when recording companies, musicians and record bars made money through record sales, before the advent of the lethal piracy, artistes used to release their works towards the festive season.

One of Matavire’s hits was ‘Kisimusi yatosvika’ which still has so much airplay on all local radio stations towards and during Christmas time.

His compositions were humorous, satirical with rich poetry mostly based on love, which earned him the name ‘Dr Love’.

The Jairos Jiri Band and Hit Machine frontman and his big band had successful international tours in Europe with 1989 being one of his best years on the tour circuit.

He was also a supporting act to many international artists on the local scene.

The Mwenezi, Maranda born artiste died with 13 albums under his belt.

We can’t talk of local blind musicians leaving out the late Chamunorwa Nebeta, a rare breed.

He is famed for his ‘long’ lyrics that needed no repeating of similar lines.

The Glare Express leader was inspired by Paul Matavire, whom he used to imitate growing up in Bikita, his home area.

Nebeta taught himself to play the lead guitar.

Fanyana Dube was a saxophonist and acoustic guitarist par excellence.

The Tsholotsho-born musican is known for hits such as ‘imali’, ‘Nyama yembongolo’ and my favourite being Bontanga which has rich lyrics.

He later fronted the Job’s Combination after Majaivana had left to form Zulu Band citing differences with Job Kadengu, who was the owner of Job’s Night club (by the way Job’s combination was named after the club).

We have got so many talented blind musicians who made great compositions who include Ray Charles, Babsy Mlangeni, Jimmy Mojapelo, Koloi Lebona, Munich Sibiya, John Mothopeng, Fadas Kanjiva of Fakamoto Band, who once made the song hit ‘Julie mudiwa wandipa kupengapenga’.

There are also great blind radio presenters whose sharp memory and discerning abilities never fail to surprise me.

Those that quickly come to mind are my long time friends, Masimba Kuchera and Liberty Lupahla, the Radio Zimbabwe Presenter, a man who can tell so much just by the sense of touch. 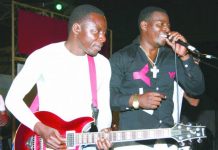