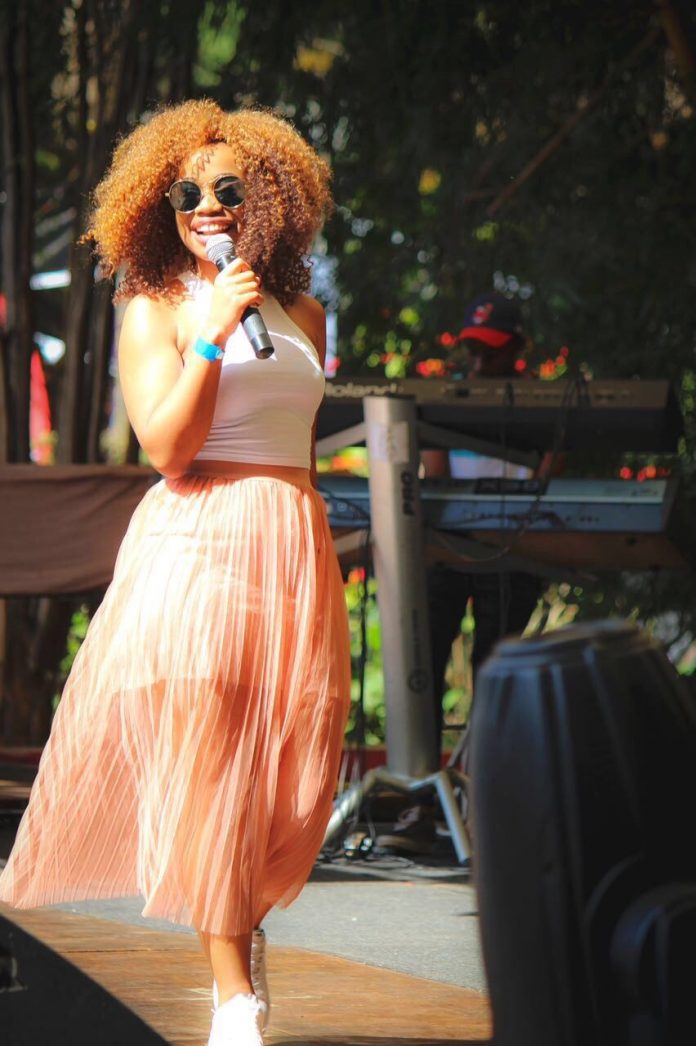 The South African-based sensation made history by becoming the first local to be nominated to such a prestigious award, and clinching it is an endorsement billed to take her places.

Sha Sha proved her mettle despite being nominated in a category alongside no pushovers such as Rema from Nigeria, Hatik from France, Young T & Bugsey from UK, Celeste from the UK as well and Stacy from France.

Celebrating it’s 20th anniversary, the BET awards were conducted through virtual platforms owing to the restrictions on travel and an endeavour to respect social distancing brought about by the COVID-19 pandemic.

Had it not been for this, Sha Sha was supposed to have been literally rubbing shoulders with the who’s who of black entertainment showbiz in a telecast watched by millions across the globe.

The BET awards have traditionally celebrated achievements of excelling blackman in music, acting, sports and other spheres of the entertainment scene, and this recognition will go a long way in catapulting the careers of nominees as well as award winners.

Born Sharmaine Mapimbiro in Mutare, Zimbabwe, 27 years ago, Sha Sha rose to stardom over the past couple of years, belting out jams that have seen her dominating an emerging genre in South Africa called Amapiano where she crossed to in search of fame and fortune.

It seems Sha Sha made her break when she signed onto DJ Maphorisa’s Blackboy Music.

She has since made collaborations with artistes and wheel-spinners including DJ Maphorisa, Kabza De Small and Samthang Soweto, recording an ablum titled Blossom which proved beyond reasonable doubt that she has blossomed as an artiste.

Sha Sha, who is best known for her club bangers ‘Love you tonight’ and ‘Akulaleki’, expressed her gratitude to her legion of fans when she was recognised for shining not just on the African scene, but given global recognition for her pulsating vibe.

“I am super excited and I can’t believe that I have just won this award. I want to thank God, my family and people back home, my team in South Africa. Everybody has been super amazing. I love you guys,” she said from her SA base.

Despite plying her trade south of the Limpopo, Sha Sha has maintained cozy relations with fans in her home country, where she commands a huge fanbase whom she acknowledged rallied behind her as she made history.

“This award means a lot to me, I am thinking about it every second. Just being nominated means a lot to me and it has opened more doors for me and that platform itself has given me the exposure. Now that I have won it, everything is changing drastically. I appreciate the love and support I have been given back at home. Zimbabweans played a big role,” Sha Sha told a local daily.

Over the past few weeks, many campaigns have rallied support for the unassuming songstress who hasn’t severed tied with her motherland, unlike others that cannot even fit in half her shoe-size that represented Zimbabwe at international scenes.

Sha Sha joins just a handful of celebrities that have maintained their identity after crossing the border in search of greener pastures.

She has a couple of songs in her mother tongue, and the song ‘Mutare’ stands out as she celebrates her hometown.

Her stage name, Sha Sha, is also a witty play with her first name, Charmaine, that many would tend to shorten and call out as ‘Shasha’, and the original Shona meaning of the word ‘Shasha’ which means ‘champion’.

Her predecessors in representing Zimbabwe at international stages, however, such as Gamuchirai Nhengu of the X Factor fame in UK and former cricketer Henry Olonga who last year took part in The Voice couldn’t want to soil their country’s image in the hope of whipping people’s emotions and gaining recognition through the backdoor.

Nhengu, who was kicked out of the X Factor, stunned the world when she claimed that a firing squad would be awaiting her and her family when she faced deportation.

The deportation wrangle grabbed headlines, and where you expected a singer to gain recognition for her renditions, Nhengu gained popularity owing to her vitriolic rants.

Not to be outdone in painting his country with a black brush was Henry Olonga who competed in The Voice Australia last year. Olonga is still remembered for staging a protest with Andy Flower where he wore a black armband during a match against Namibia at Harare Sports Club as he ‘mourned the death of democracy’ in retaliation to the Land Reform Programme.

Despite putting up a spirited performance, Olonga played the political card when he narrated how he had been hounded into exile by his kith and kin.
Perhaps his moving story best explains how he was pardoned from forgetting the lyrics to the Elton John song titled ‘Can you feel the love’.

Another character that comes to mind is Makosi Musambasi of the Big Brother UK fame that many still remember for her raunchy character and nudity during the UK Big Brother House back in the day.

While a good number of youthful Zimbabweans have badmouthed their mother country, it comes as a breath of fresh air that the like of Sha Sha have stuck true to their roots.

Some critics had argued that Sha Sha is not representing an indigenous Zimbabwean sound.

Amapaino is the in-thing down south.

Perhaps this is a wake up call to the players in the music industry to come up with fusions, new genres with the propensity to make waves internationally in the same way Amapiano seems to rock the world.

In a related development, Sha Sha’s comrade-in-arms Kabza De Small, whom’s she’s collaborated with in her most prominent hits, is also riding on a crest of success after his recently launched 26-track album aptly titled ‘King of Amapiano’ made him history as he became the first ever SA artist to have whole album on Top 30 Apple Music Chart.

As they say, iron sharpens iron.

I bet Sha Sha is destined for dizzier heights at this pace.