LET us take a moment to reflect.

Of course, we changed the name, but the supreme symbol of Britannia remains deeply etched at the centre of Harare.

It is not so obvious to most citizens that Africa Unity Square is designed in the shape of the British flag (Union Jack).

So, while we celebrate Africa Unity Square, we are celebrating it on the Union Jack.

To the north side of the Square, adjacent to the House of Parliament is a religious institution which has deep British roots in every way, including the name.

It is the Anglican Cathedral.

The Anglican Church is also known as the Church of England.

This is the official religious authority that spiritually blessed and justified the colonial injustices that we went through from 1890.

Through their rituals within the holy mass, baptism and other practices, they erased our own rituals and consequently our ancestors have distanced themselves from us.

Indeed, I respect every religion that man decides to follow as long as it is not inherently evil.

In other words, I respect Christianity and many others as long as they preach love, peace and coexistence because these are the values our ancestors preached and practices.

That is why we talk about hunhu/ubuntu.

However, whites decided we did not have symbols and rituals that guided, and were a cornerstone of, our lives.

For generations we have lived that illusion and we are paying the price.

The Anglican clergy, among others, must be rubbing their hands with glee as we fight over symbols and rituals that have no meaning to us and our past.

To date, some of us have no qualms selling-out and betraying probably because we have embraced symbols and rituals that do not belong to us and subsequently do not make us better persons, as Africans, and as Zimbabweans in particular.

Why have we, over the years, disregarded our symbols and rituals?

Our former colonisers have alienated us from elements that make us belong and be a part of the community.

To us, as Africans, rituals and symbols have meanings both deeper and wider than anything which can be framed in words or intellectual concepts.

Some rituals are a way of commemorating experiences so we never forget the goodness or lessons of our past experiences.

These deepen the sense of connection and belonging to our various causes.

Failing to observe these symbols and rituals makes us spiritless and passionless and says we do not think of ourselves as special.

No doubt, British symbols and rituals brought us pain and in the process we lost our hunhu/ubuntu.

It is time we revisit the foreign symbols and rituals we have adopted over time.

As a people, we must think about symbols and rituals that are culturally and spiritually relevant to us.

We are Zimbabweans and we must always remember where we came from.

Forgetting who we are should never be an option.

This we must do for the sake of our children and future generations. 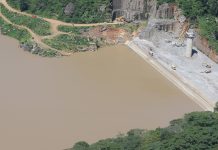 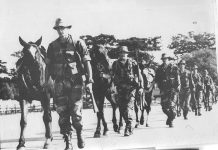