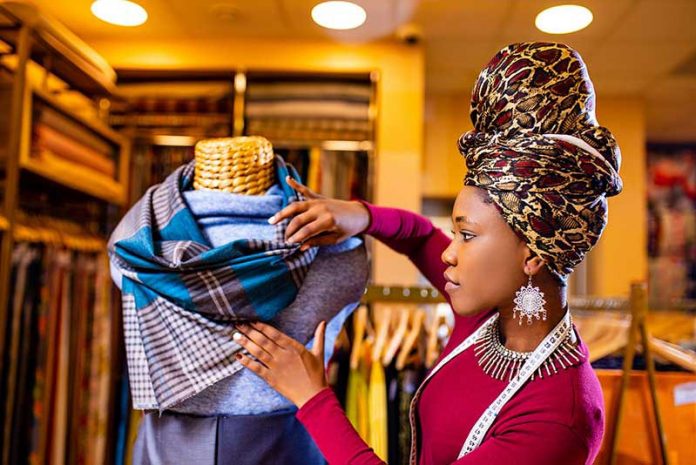 EVERY nation has a cultural expression.

The culture, the dynamism of the arts and the national pride of our heritage should affirm the right of Africans to be in the global spotlight of cultural relevance.

Taking pride in our culture and heritage is a core value of nation building in terms of a nation’s social, educational and economic development.

While President Emmerson Mnangagwa works to re-engage Zimbabwe with the rest of the world, our visual identity and cultural re-engagement lags behind.

The visual art and culture of Zimbabwe has been, and is, an undermined natural resource.

Are we open for business?

The centerpiece of a nation is its creative identity.

In Zimbabwe, the myriad of artistic visual expressions has for too long remained an inferior, undermined appendage to music and the performing arts.

Yet its global and international resonance stands more established, both pre and post-independence. What have we got to show the world in terms of our cultural inventory following 42 years of independence?

I am on record, in articles proffered through the media over the past two decades, advocating the arts and creative economy.

In articles such as: ‘Art and creativity- A key to economic development’; ‘Visual arts – More visible and more viable’; ‘Art and money’; ‘The financial and social power of the creative industry’; ‘The economics of art’ and ‘Impassioned plea to save Zimbabwe’s contemporary stone sculpture’, among many others, I advocated art and culture to be included in national policies.

The visible embodiment of a nation is its aesthetics.

A country that does not consider, revive and uphold its culture will not be viewed favourably by the international community and those nations it conducts business with.

Empirical statistical research shows: ‘The richer and more visible the culture, the stronger the economy’.

Since the new millennium, thinkers and governments in the developed world have underscored the importance and need for a focus on creativity, innovation and human development to ensure future economic prosperity.

The same call was endorsed by developing nations as espoused by the Charter of African Cultural Renaissance and Collaborations between the European Commission and the Organisation of African Unity.

The inclusion of the creative industries into the British economy is an example of its socio-economic success.

Between 1997-2006, its creative economy grew faster than any other sector.

In 2007, arts and culture accounted for two million jobs and £16,6 billion of exports.

They were also central to British tourism, and worth £86 billion – 3,7 percent of GDP in 2008, while employing 1,4 million people directly.

In 2010, the UK had the largest creative sector in the EU.

It was recorded as “…a golden year for the arts … consolidating socio-economic conditions for excellence in the arts for the country.”

In Africa, in 2018, the creative sector contributed US$4,2 billion in revenues, and employed over 500 000 people in the industry.

Worldwide, prior to the outbreak of the coronavirus, art in the creative economies was said to be growing faster than agriculture.

It entails a shift from conventional towards multidisciplinary models dealing with the interface between economics, art, culture and technology, centred on the predominance of service and creative content. Given its multi-disciplinary structure, the creative economy offers a feasible option as part of a results-oriented development strategy for developing countries. it calls for the adoption of effective cross-cutting mechanisms and innovative policy.”

At the heart of the creative economy lie the creative industries which encompass a number of disciplines, including visual and performing arts, music, dance, film and media, to name a few.

These industries are defined by UNCTAD and UNDP as: “The creation, production and distribution of goods and services that use creativity and intellectual capital as primary inputs for individual and national development.”

They can range from small businesses located in the informal sector and, if administered judiciously, to large million-dollar entities with global resonance.

Art is the vital bridge and fulcrum between the informal sector and the formal, between micro and macro-economic development and between nationhood and internationalism.

It is central to a government that places a vigorous society at the heart of its agenda.

Yet, historically, the creative sector of the economy in Zimbabwe has been neglected, often labelled as ‘an elitist pursuit’, or considered as an irrelevant, inconsequential ‘pastime’ and not recognised for its potential to create employment, development opportunities and generate income.

Given this scenario, the sector was marginalised in education curricula, tertiary skills development and policies.  The sector was omitted in the Zim-Asset policy document of 2013-2018.

The structural realities of that highly-vaunted five-year economic development plan envisaged was incomplete without a sound art and cultural base as its diplomatic front.

I hope, and would like to believe, that my long-running art reviews, critiques and discourse, which have formed the basis of our National Arts Curriculum, were heeded by the Government of the new dispensation that considered my long re-iterated advice — especially in my article, ‘The economics of art’ (Patriot Arts of 2014), where I proposed: “…. The arts and creative economy should undoubtedly be included in the nation’s economic development proposal….”

It is gratifying to see the creative economy has been included in the National Development Strategy 1 – (NDS1) policy blueprint, in line with President Mnangagwa’s mantras of ‘open for business and leaving no-one behind’.

In the 1970s, Anglo-American and Mobil Oil were among the major sponsors of art in Zimbabwe, that included PG Industries, Merchant Bank of Central Africa, Standard Bank and, since independence, beginning in the mid-1990s, this sponsorship waned, to the detriment of the sector and the artists.

With the launch of NDS-1, it is up to the private sector and civil society together with Government, to agree on the prerequisite responsibility to development and create plans and strategies that merge into a common pool of development, which should include the arts and culture to create a new and brighter future.

A creative person is defined as someone capable of analytical breakthroughs, construal thought and innovation.

Economic growth is driven by creativity. As such, creative minds are important for the development of a nation and its economic prosperity. Thus, economic development policies, especially in Africa where creativity abounds, should begin to embrace their creative potential and resources.

In 2010, several African countries celebrated 50 years of freedom from colonisation. For the first time ever, in 2010, the prestigious soccer extravaganza, The World Cup-2010 was successfully hosted by the Continent on South African soil.

At the time, former South African President Thabo Mbeki expressed his desire that the football spectacle “…create social and economic opportunities throughout Africa through artistic and cultural projects and business linkages….”

The ‘2010 African Fine Art Collection’ and ‘2010 Pan -African Fine Art Exhibition’, which I was privy to view, are examples that gave a global voice to the creative force of contemporary African artists and the continent at large with long-term success.

They are key drivers of growth and development and should be part of the value-addition process.

Along with tourism, art and culture should be seen as feasible trajectories for foreign direct investment in Zimbabwe.

However, artistic aspiration must be supported across a period of time that bridges current austerity into better economic times.

For far too long, in Zimbabwe, the Ministry of Sports has wrongly shared their administrative space with arts and culture, an incongruous colonial anomaly that needs to be addressed, given the economic emphasis worldwide has shifted for sustainable growth that embraces the inclusion of the creative industries into the economy with mutual benefits for its practitioners, communities, business, commerce, tourism, education, nation building and national prosperity.

Visual art, through its productive and regenerating force demonstrates the self-mediating power that anchors the identity of the indigenous Zimbabwean to dream, create and elevate their socio-economic status through cultural production.

National homage is overdue for the visual arts.