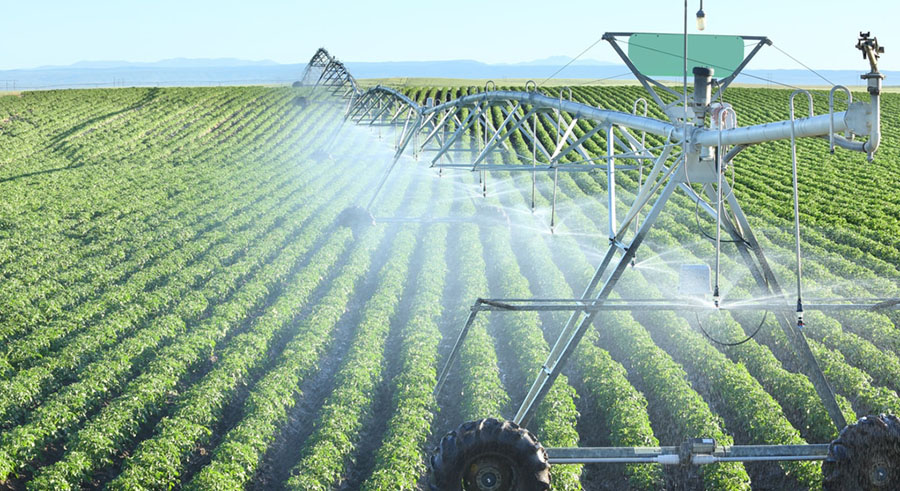 AGRICULTURE, the term used to describe the act of growing crops and raising livestock for human consumption and use, has been the main source of food consumed on a daily basis.

Between the 16th Century and the mid-19th Century, agricultural development, initially in Britain, witnessed a massive increase in agricultural productivity and net output. This, in turn, supported unprecedented population growth, freeing up a significant percentage of the workforce, and thereby helping enable the Industrial Revolution that followed along with Industrial Agriculture.

By the early 19th Century, agricultural techniques, implements, seed stocks and cultivars had improved so that yield per land unit was many times that seen previously during the Middle Ages.

Enclosures, mechanisation, four-field crop rotation and selective breeding have been cited as the most important innovations. The industrialisation phase involved a continuing process of mechanisation. Horse-drawn machinery, such as the McCormick reaper, revolutionised harvesting, while inventions, such as the cotton gin reduced the cost of processing. During this same period, farmers began to use steam powered threshers and tractors, although they were expensive and dangerous.

In 1892, the first gasoline-powered tractor was successfully developed while in 1923, the international harvester, Farmal tractor, became the first all-purpose tractor, marking an inflection point in the replacement of draught animals with machines. Mechanical harvesters (combines), planters, transplanters and other equipment were then developed, further revolutionising agriculture. These inventions increased yields and allowed individual farmers, subsistence farming, to manage increasingly large farms – commercial farming.

As a result, between 1700 and 1980, the total area of cultivated land worldwide increased 466 percent and yields increased dramatically, particularly because of selectively-bred high-yielding varieties, fertilisers, pesticides, irrigation and machinery.

As a result, in American, the number of people involved in farming in industrial countries dropped, from 24 percent of the population to 1,5 percent in 2002. In 1940, each farmworker supplied 11 consumers, whereas in 2002, each worker supplied 90 consumers.

The number of farms also decreased and their ownership became more concentrated. According to the Worldwatch Institute, 74 percent of the world’s poultry, 43 percent of beef, and 68 percent of eggs are now produced produced each year on factory farms.

Industrialised agriculture is able to produce large quantities of food due to the farming methods used.

Instead of using animal and manpower to work the fields, industrialised agriculture utilises large machines, which are more powerful and can work faster and harder. The shift towards machines has increased the use of fossil fuels on industrial farms, and, therefore, the price of food can fluctuate as the price of oil changes.

Although industrialised agriculture is necessary to feed the growing human population, there is another type of agriculture that is regularly practiced today. One of the main benefits of industrial farming is that harvested products become a lot cheaper in price.

Subsistence agriculture is when a farmer lives on a small amount of land and produces enough food to feed his or her household and have a small cash crop. The goal of subsistence agriculture is to produce enough food to ensure the survival of the individual family. If there is excess food produced, it is sold locally to other families or individuals.

Subsistence agriculture varies a great deal from industrialised agriculture in terms of the farming methods used. This type of agriculture is very labour-intensive because all of the work is done by humans and animals and only hand tools and simple machines are used to work the land.

Subsistence agriculture does not rely on chemical fertilisers or pesticides and instead utilises more natural techniques.

Most farmers have animals, including chickens, goats and cows, and the manure from these animals is used to fertilise the plants. The crops produced are then consumed or sold, and the inedible parts of the plants are used to feed the livestock. This creates a closed circuit within the farm where nothing goes to waste.