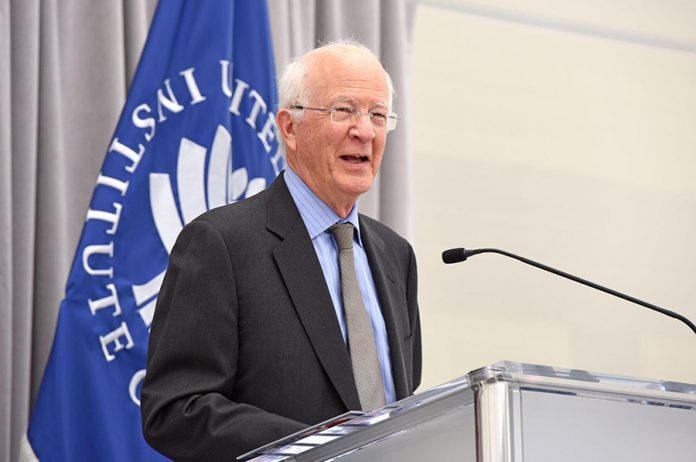 A FEW months ago, this column tackled the issue of unity in the country, taking aim at the intended consequences of the Western-imposed illegal economic sanctions and how they have impacted not only on the economic but the structures that are supposed to bind us as a people.

The feedback that came up was, as one might have expected, of a country teetering on the edge.

A country that is allegedly headed nowhere as long as a black leadership is at the helm.

When the illegal sanctions were imposed, the objective was ‘to make Zimbabwe’s economy scream’.

Take note that Chester Crocker who was the Assistant Secretary for the Bureau of African Affairs, carefully packaged his words in order to make his drivel more appealing to sellouts who gleefully embraced the murderous intentions of the sanctions.

These sellouts believe that a ‘screaming’ economy is their route to State House, not popularity nor sound economic policies which they are woefully devoid of.

We have seen and heard them struggling to present to the electorate policies that resonate with people’s expectations.

There is, of course, a ‘reason’ to that insanity.

A dead economy presents them with only one option — a flawless route to power, hence their brazen but bizarre endorsement of these vile sanctions.

Which is why the likes of MDC founding leader Morgan Tsvangirai would go to the masses and ask them:

That audacity and effrontery to play with people’s lives like that has its roots firmly stuck in the notes they get from their Western handlers who tell them that they can only assume power when the people they claim to represent have gone through immense suffering.

Which is also why, when CCC leader, the excitable Nelson Chamisa, grabs a microphone and tells his equally excitable, gullible supporters that when he takes over power, whites will flock into the country.

Or that all he needs is just a phone call to his white friends to bring investment into the country — nothing for or about the people!

There is no sound economic policy that dovetails with the expectations of the masses; just high sounding but hollow posturing meant for a certain audience outside the country.

It will all come to an agonising end after the 2023 harmonised elections.

Still, we will not leave Crocker alone the same way his country has refused to let us go and do what is right for the masses.

Crocker wants a dead economy in Zimbabwe while CCC and Chamisa find that prospect tantalising.

Tsvangirai latched on to it until he reconnected with logic during the days of the so-called inclusive Government.

Still Zimbabwe stands tall, weathering those storms one way or another.

But of course the intended consequences of a ‘screaming’ economy are that they galvanise the abused masses to turn against their Government.

It makes them point accusing fingers at their leaders whom they say are incompetent and as such the country is better off in the hands of a white minority.

And this is when whites, using their powerful media outlets across the globe, embarked on a crusade to malign ZANU PF, accusing it of committing crimes against humanity.

In all this, a critical aspect of our enduring, excruciating history was being steadily and systematically erased from our memories so much that when our economy ‘screams’, the liberation struggle which sought to address fundamental issues of democracy and restoration of the dignity through the land reform is rendered ineffective.

When the economy ‘screams’, the only way out for the masses is for the land and economy to be handed back to our erstwhile colonisers.

Crocker goes on to make his point clear when he stresses that the ‘screaming’ is meant ‘to separate the people of Zimbabwe from ZANU PF’.

That grudging admission that ZANU PF has to be separated from the masses is what we are battling today.

More than two decades later, with at least 3 500 useless NGOs on their side, they are still pursuing the same issue of removing ZANU PF from power through destroying the country’s economy, separating it from the people and dividing the country along tribal lines.

All those plans will fail as has been the case with their previous activities.

And it gets worse for them now with the new dispensation’s thrust towards developing every province and leaving no-one behind. Their tribal connotations in their reckless speeches will certainly find no takers among a country that is witnessing unprecedented development across the board.

For those in the opposition who are suddenly finding Ian Douglas Smith an attractive prospect, the inescapable reality which they have tried but failed to obfuscate is that this country was founded on the ideals, values and objectives of the liberation struggle.

History is not on their side.

Time is not on their side.

ZANU PF will continue to show them the way.