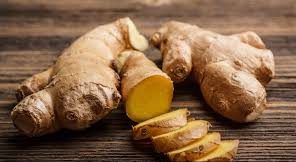 THE advent of COVID-19 pandemic led many to resort to various home remedies to try and protect themselves from contracting the virus.

These include steaming, drinking concoctions made from ginger, garlic, honey, lemons and zumbani.

This has resulted in the demand for these products.

Farmers can take advantage of the increase in demand for these products and increase their production.

One of the plants people have relied on is ginger.

Ginger reaches maturity in about eight to 10 months and in some cases, it can even be harvested after six months.

The largest global producer of ginger is India followed by China and Nigeria.

The Netherlands is the biggest importer of ginger in Europe.

US, Pakistan, Japan, Bangladesh, and Germany are some of the key export markets for ginger.

The importance of ginger is mainly in its nutritional and medicinal value.

It is a key ingredient in cooking and baking amongst other kitchen-based uses.

Fresh ginger can be diced and added to salads and can also be used to make beverages. Essentially it can be eaten raw; it can be processed into powder and can even be pickled. Some of the human issues that ginger addresses are indigestion, inflammations, and colds, among many others.

Horticulture expert Clive Masarakufa said when producing ginger it requires soil that is loose and fine for unhindered growth.

“Just like lettuce, the bed height should be between 15 centimetres and 30 centimetres,” said Masarakufa.

“You must ridge the land to create the best environment for the ginger.

“Something interesting I came across is that FAO recommends that the land on which ginger is to be grown must be fallowed three or more years prior.”

Masarakufa said two ploughings and one harrowing should be done just before planting the ginger.

“This must be done a minimum of 60 days before you start planting.”

He said ginger was not that sensitive when it came to climatic conditions.

Masarakufa, however, said frosty conditions were not ideal for optimum growth. “Temperatures ranging from 18 to 30 degrees Celsius are good for ginger farming,” he said.

“It can be grown in about any place just so long there is sufficient sunlight and appreciable rainfall.

“Something to note on sunlight is that too much of it can be detrimental.”

Masarakufa said the ginger should get about six hours of sunlight daily.

“To avoid direct exposure to the sun shading approaches can be explored,”he said.

“Use of mulch or intercropping with crops that offer shades are common options.

“A warm climate is generally the best for ginger farming.

“Chilly and wet climates are not ideal for ginger farming.”

“It is still okay to apply organic matter in the form of say, cattle waste,” he said.

“One hectare would require anything between 20 and 50 tonnes of organic matter.

“You could also use poultry manure, depending on availability. Incorporation of around even five tonnes of manure per hectare can still achieve the perfect soil profile.

“Loamy soils, be it sandy or clay ones, are the best soil for growing ginger. Optimum soil pH can be from 5,5 to 6,5 and make sure the soil is not heavy as this will impede growth.”

Musarakufa said in Zimbabwe, the best time to plant would be roughly 14 to 21 days before the rainy season sets in.

“Do not forget that wet weather is not ideal so exercise caution so that the ginger does not get caught up in heavy downpours,” he said.

“The planting of ginger involves the actual rhizomes (from previously grown plants).

“They are properly cut into smaller pieces each having at least two healthy buds.”

“Anything between 800 and 1 500 kilograms of seed rhizomes is enough to grow one hectare of ginger,” he said.

“When planting the seed rhizomes, a depth of 15 centimetres works well. The seedbeds should not be exposed to direct sunlight.”

Masarakufa said after planting the seed rhizomes could then be transplanted when they emerge and standing at roughly two centimetres. Shoots start sprouting from around 10 days to two weeks,” he said.

He said ginger could be grown with rainwater.

“If that is the case you might want to plant your ginger at the beginning of the rain season, a much better approach is irrigation though,” he said.

“Type(s) and frequency of irrigation to be used can be informed by prevailing weather patterns or soil profiles.”

Masarakufa said nematodes were one of the most dominant pests in ginger farming.

“There are also cutworms and aphids,” he said.

“Leaf spot and bacterial wilt (fungal rots in essence) are some of what to look out for disease-wise.

“Crop rotation has been found to be effective in dealing with pests.”

Masarakufa said weed control should start before anything has been placed in the ground.

“Effective land preparation will go a long in suppressing the growth of weeds,” he said.

“As growth commences it is recommended to start weeding about 30 days after planting.

“This is best done manually so as not to hinder the growth of the ginger.”

Masarakufa said one of the tell-tale signs that harvesting was imminent was the transformation of the leaves.

“The moment withering and yellowing of leaves sets in then harvesting can now start,” he said.

“Harvesting ginger is somewhat similar in a way to harvesting beetroot.

“You must make sure there is no damage to the rhizomes.

Masarakufa said soon after harvesting, the roots and other unnecessary shoots must be removed.

“Then it is important to clean the rhizomes using water and disinfecting solutions (e.g. sodium hypochlorite mixed with water),” he said.

Masarakufa said some of the best ginger varieties are Wayanad, Varad, Imugan, Ernas, Himchal, and China.

He said ginger farming was a somewhat demanding venture but it was lucrative.

“It is quite possible to realize profit margins of at least 20 per cent,” he said.

“Yield is an average of 10 tonnes per hectare. 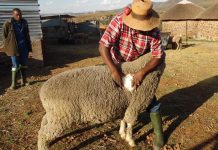 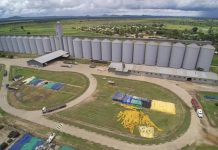 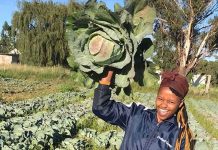