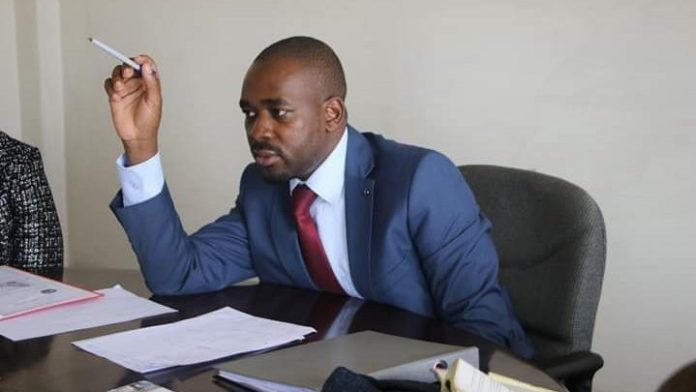 THE latest attempts by desperate  MDC leader Nelson Chamisa to attack President Emmerson Mnangagwa’s interventions on COVID-19 are part of that party’s long-held plan for the UN to deploy a ‘peace keeping’ mission to this country.

Besides seeking to score cheap political points, with the intention of bringing the country under the global spotlight, all for the wrong reasons, the party has been preparing to launch violent demonstrations aimed at turning Zimbabwe into a war zone.

Instead of rallying behind Government in fighting the marauding virus which has ravaged the socio-economicl structure, Chamisa is once again ranting as reflected in his comment on the decision by the President to indefinitely extend the lockdown.

President Mnangagwa has said Government will review the lockdown every fortnight.

He has also allowed businesses to partially open while practising extreme caution.

Taking incremental steps in easing the lockdown has been premised on the consideration that a rushed return to business-as-usual may lead to an increase of COVID-19 cases.

All is being done in a space where COVID-19 has proven to be a global challenge defying ideologies, as evidenced by numerous deaths world-wide.

“While COVID-19 accelerates very fast, it decelerates much more slowly…That means control measures must be lifted slowly and with control”

The Health Ministry confirmation, that some returnees have tested positive to the world pandemic, as evidenced by May 16  2020’s two cases from the UK, is not to be ignored as well.

The current measures adopted by Government seem to be working, allowing time for the country to assess the situation on each level.

It allows time to scrutinise  developments in other countries within the region with regard to the spread of COVID-19.

Unfortunately, while the Government is busy considering easing lockdown using stages that fit the country’s unique conditions, Chamisa is going all out to score cheap political points..

Said Chamisa in a tweet in response to President Mnangagwa’s indefinite lockdown announcement:

“Whereas measures to contain the COVID-19 pandemic are a necessity, we disagree with entrenching arbitrary rule under the guise of fighting the pandemic.

We backed previous measures because they were time-specific.

Indefinite extension changes the situation in a fundamental way.

Without consultation with us all, the indefinite extension of the lockdown opens a treacherous avenue to arbitrary rule.”

Abuse and manipulation must be fought by all progressive citizens.’

While Government is valiantly fighting COVID-19, all Chamisa  has done is play the blame game.

When Zimbabwe’s 21-day national lockdown (started on March 30 2020 and ended at midnight on April 19) was reviewed and extended by two weeks, Chamisa also made some noise.

It is totally reckless and unacceptable to keep the nation guessing on the lockdown until the very last minute.

Elsewhere leaders value citizens and give advance notice on any key decisions.

Leaders must be considerate and allow people time to plan, order and organise their lives!

There is just no credibility in Chamisa’s statements.

They are reflective of turmoil and confusion of a leader whose ‘empire’ is crumbling.

Chamisa’s statements must be understood from the context of the serious fights that have rocked his party.

This followed a Supreme Court judgment on March 31 2020, which declared that Chamisa was an illegitimate leader of the MDC, thereby confirming Khupe as the acting leader until an extra ordinary congress could be convened in three months’ time.

Mwonzora and Morgan Komichi have since latched on to the judgment, after being relegated to the periphery of the MDC structures by Chamisa whose faction labelled them sell-outs.

Even the men around Chamisa have lost confidence in him.

Not surprising, Chamisa and his cohorts are now accusing ZANU PF of funding the Mwonzora faction to destabilise the beleaguered MDC.

When Chamisa blames the Government, he is blaming his perceived enemy whom he deems responsible for all his party problems, including internal fights.

However, the reality is that no balm can heal the fractured MDC.

One University of Zimbabwe Political Science student who refused to be named said the future was bleak for Chamisa.

“Credibility can not be attained through accusing those in leadership and naysaying,” said the student.

Chamisa’s noise will not help anyone or revive his political fortunes.