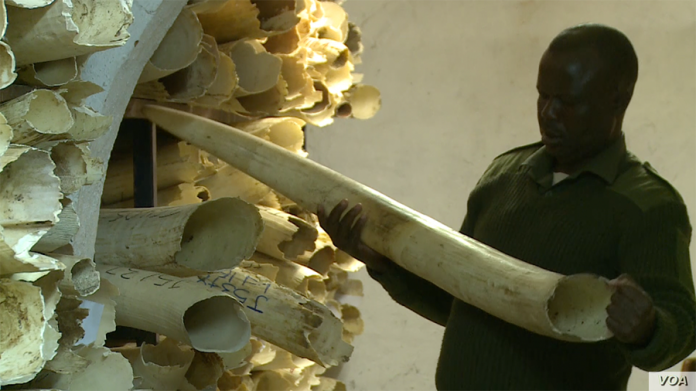 WILDLIFE-RICH and climate change-vulnerable Sub-Saharan Africa has been following the political events unfolding in the US with great interest.

What happens in America still has worldwide consequences.

No wonder the violent protests in Washington DC, on  January 6 2021, shocked the world.

Television viewers, social media followers and radio listeners watched and heard President Donald Trump incite his followers to an insurrection so he could remain President.

He said the November 2020 election had been stolen from him; that he had won ‘in a landslide’.

While his ‘Make America Great Again’ followers believed him, no US court nor any election official could find any credible evidence to support his claim.

Although the insurrectionists did not succeed in overturning the November 2020 elections outcome, no one believes they have changed their minds or that the deep divisions within US society will now fade away. The FBI reported that it had processed nearly 40 million background checks required for gun ownership in the last year — 10 million more than the next highest number on record.

The once-dominant moral position of the US, as the oldest continuously functioning democratic republic in the history of the world, now looks shaky in light of the unresolved civil rights, health issues and electoral problems the country has experienced.

Recognising the severe threat to America’s standing in the world and in its domestic well-being, a former university lecturer in governance and president of the Harris/Ragan Management Group Public Policy Consultants and managing director of the Ivory Education Institute, Godfrey Harris has reacted by launching a movement to restore the commitment of every American to democracy itself.

“As citizens of the United States of America, we hold that the freedoms of religion, speech, press, assembly and petition are almost absolute within our borders; that we are all equally endowed with the right to life, liberty and the pursuit of happiness; and that together we are committed to the goal of establishing justice, ensuring domestic tranquillity, providing for the common defense, promoting the general welfare and securing freedom for ourselves and our families.

We further believe that governing entities in the United States must be formed of and by the people and must function for the people.

I pledge my support for these bedrock principles of American democracy and will resist any effort to tamper with them.”

Many will recognise that the keywords of the Manifesto are stitched together from the US Declaration of Independence, the US Constitution, its Bill of Rights and the Gettysburg Address — the foundational documents of America’s democratic system.

Despite its unassailable intellectual pedigree, public reluctance to endorse the Manifesto has surprised Harris.

“People seem afraid to put their names on record for fear of the backlash it might bring on themselves and/or their families,” he said.

Harris also believes that the reluctance is the result of years of political mistrust that began with the 1963 assassination of John F. Kennedy, the resignation of Richard Nixon and the loss of the Vietnam War.

It appears the US is presently battling to get out of a national depression wrought by the previous Trump administration.

“Just as water flowing out of a sink sucks everything along with it, so a national depression limits the good being done by the US as well,” Harris said.

“We get the feeling that everyone hopes a sharply divided country will fade away… But it won’t go away on its own. It has to be pushed down the road to oblivion. The American Manifesto can provide the push.

I am hoping that all Americans will join me in continuing our experiment in self-government.”

Harris points to the fact that in a world dominated by 24/7 news cycles, the political fringes on the far left and right generate the awe that garners the most attention.

But while they are indeed noisy, the fringes lack intellectual integrity.

“We hope Africa will support our movement by signing their own version of the pledge to protect democracy. If African nations were to endorse the Manifesto, it would go a long way toward reversing Trump’s attitude that most developing nations, especially those from the African continent, are ‘s..thole’ countries. It would make the US look like a ‘s..thole’ country instead.”

But Africa and Africans the world over should view this as US’ internal squabbles and avoid being sucked into this cesspool.

The constitutions of wildlife-rich SADC countries protect their democratic rights to benefit from the sustainable use of natural resources.

Emmanuel Koro is a Johannesburg-based international award-winning independent environmental journalist who writes independently and has written extensively on environment and development issues in Africa.