Home Feature Universities must be innovative 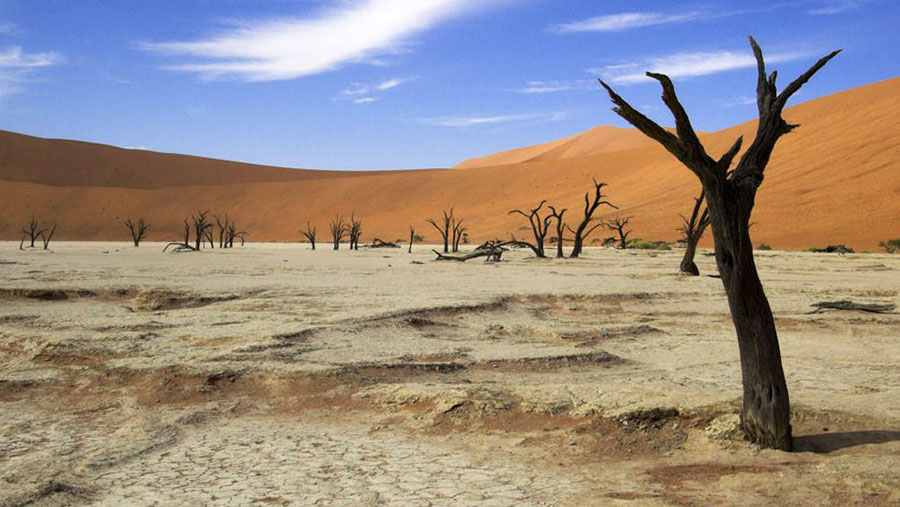 FOLLOWING the raising of red flags by some climatologists that the world’s climate is changing, many governments have introduced anti-atmospheric pollution measures, particularly against industrial smog.

The climate of a country or region is determined by a number of factors, some of which are altitude, latitude and the region’s relative distance from the sea, its industrial emissions into the atmosphere and its rivers, lakes and hills, the effects of all or some of these factors, considered over a period of at least 50 years, comprise a climate.

But what climatologists are referring to by saying ‘the climate is changing’ is a global and not a local, national or regional phenomenon.

That is why all governments are concerned, resulting in some taking either preventive or corrective measures.

The world’s climate has been changing, of course, since the world came into existence, and so have been its flora and fauna.

We find such information with the help of archaeologists whose excavations have exposed rocks in some of which are embedded remains of plants or animals that roamed the earth’s surface hundreds of thousands of years ago.

During those extremely remote times, whose very existence defy our normal imagination, the human race was still in its physical and intellectual infancy, and left no generational records to enable us to know, analyse and benefit from its experiences.

However, by the sweat of their brow, modern people have researched and discovered, among other things, that in some remote past, the earth was under thick ice and that numerous animals, such as mammoths, became extinct during that period, so did many plant species.

We are aware that geological research has divided the world’s age into four periods they have collectively called Quaternary Period, comprising the Ice Age also known as the Pleistocene, an era marked by great temperature fluctuations, with glacial and interglacial periods; then we have the Cenozoic Geological Time marked by the evolution and development of mammals, birds and flowering plants; and the third is the Quaternary era coming virtually as the final part of the Cenozoic period, and during it there is geological evidence of the existence of modern species of plants and animals.

The final is the Holocene, which is the most recent of the Quaternary period.

During it, there was development and intervention of the human race and the extinction of large mammals.

These periods came, at least three of them, and passed, leaving evidence, in rocks, of their successive existence.

It was climatic changes that brought about all those developments over very long periods.

The world may be facing yet another similar development which modern meteorological scientists and climatologists term ‘climate change’.

One very good thing about the modern world is that the human race is now able to see into the future and can, to a certain extent, take some steps to protect itself by either adaptation or preservation of its food sources, habitat and attire.

The most important requirements for the human body to survive are food and water, while the essential foods are carbohydrates, proteins and fats.

These can be procured from or produced from either the soil (land) or from water.

Without getting into finer detail as to how, where and when to prepare for the climate change, suffice it to say that if ever there was need to use genetic engineering to modify and manipulate some of the world’s edible plants, animals plus some organisms so as to make them adapt to the anticipated climate change instead of becoming extinct, it is now.

It is also vital for the world to study the heredity and variation of the characteristics of edible plants and animals to see how localities can protect them from the ongoing climate change.

Universities could serve a most useful practical purpose by studying the flora and fauna of their respective regions with a view to protecting them from any dangerous climate change.

Co-ordinated relevant university programmes could be of immense value to national and global interests in this particular regard.

It is also important that modern scientists should co-operate to find how to produce the best food preservatives suitable not only for a wide variety of foods and beverages, but also for different climatic conditions.

Zimbabwe is very much interested in the conservation of its flora and fauna, and has a Ministry for that purpose.

It is the Ministry’s responsibility to protect the national heritage that includes national forests, a variety of animals, some birds, some rodents and some snakes.

It is advisable for the Government to establish securely built and kept places in which some of those creatures can be kept so that they are not wiped off Zimbabwe by inevitably negative climate change effects.

Except trees, other creatures are extremely vulnerable to a wide range of natural and artificial factors, such as drought and veld fires.

But if they are under human care, they could be relatively secure while some of them could be released into the wild occasionally where they could reproduce.

As for trees, it is obvious that the best conservation measure is to plant them as forests and leave them to grow wild with very minimal human care, as is the case in some countries, including the US.

A well-implemented tree-conserving policy categorises trees into those for timber, fruits, medicinal value, aesthetic attraction, fuel and those eaten by wild animals, especially their leaves.

They could be grown, therefore, for commercial purposes.

Dry leaves of other species, such as the mopani, are an excellent stock feed while their poles are used for building houses, granaries and enclosures.

So, an enterprising government could establish large forests of some of these trees for socio-economic purposes as well as and build schools to train scientists for tree growing.

Some American states do have such institutions.

The forests run by such schools are an assurance against the trees becoming extinct because of a change of climate.

People who think that climate change cannot destroy entire forests from the face of the earth should be advised to bear in mind that the world’s largest desert, the Sahara, was a huge forest some millions of years ago.

It teemed with all types of wild animals, birds, reptiles, rodents, amphibians, insects while it’s marshes and streams were full of crocodiles, fish, hippos and turtles.

Climate change dried all that up with the exception of an oasis here and there in the desert’s arid, parched, bare sand.

That occurred when members of the human race were few and had no idea about how to tame nature.

Today, we have not only appropriate knowledge, but the resources as well.

Lake Kariba and Lake Nasser are but two examples of what we can do to tame parts of nature.

Another example of how the human mind and hand can reverse the vagaries of nature and make the earth a livable, comfortable place is Israel, a country which was mostly a desert 72 years ago, but is today a real orchard that continuously supplies many European nations with a variety of first class citrus fruits.

This article first appeared in The Patriot of March 12 2020.