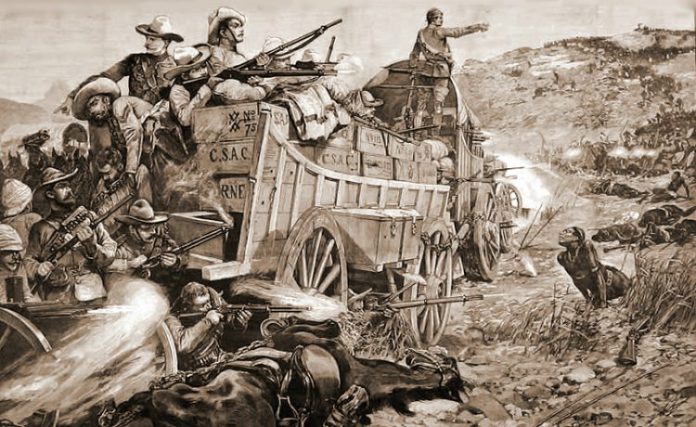 PARAMOUNT Chief Mbari of the Shumba Gurundoro clan, the ruler of Harare and part of Mazowe before colonisation, is the man whom Harare, Mbare, Dzivarasekwa and a number of iconic geographical features in the region are named after.

In this article we focus on the gallant fight put up by Chief Mbari’s people in the First Chimurenga and the resultant genocide visited on the clan.

Chief Mbari’s area was the hotbed of the First Chimurenga, the nucleus of resistance from which the war spread to other regions in Mashonaland.

Most of the key players in the uprising: Mukwati, Mbuya Nehanda, Sekuru Kaguvi, Makombe (not to be confused with the Makombe of the Humba people) Nyamadzawo and Mapondera, operated in Chief Mbari’s area.

During the time of the upheaval, it was Makombe (Mbari’s brother) who was the ruler.

The following are some of Chief Mbari’s people who played a pivotal role in the uprising.

Most readers are familiar with the powerful spirit Mukwati, but not his medium Mudavanhu – much as Mbuya Nehanda is more popular than her medium of the war period – Charwe. Mudavanhu was Chief Mbari’s son.

Mukwati was the brains behind the uprising.

He co-ordinated the uprising in Matabeleland and Mashonaland, giving spiritual guidance to the chiefs who fought gallantly in the revolt which caused shockwaves not only in the region but in Empire capitals, such as London. After consulting with the spirit at Matonjeni, Mukwati gave the signal for the revolt to start.

He moved from place to place galvanising hesitant groups into action.

Befittingly, one of the tallest buildings in Harare (Mukwati Building) is named after the mastermind of the uprising.

When Chief Mbari died in 1872 due to old age, the chieftaincy passed on to his younger brother, Makombe, who, in settler-accounts of the popular revolt, is referred to as ‘Makombi’.

Nicknamed ‘Chimurenga’ (a term that was later broadly used to refer to the uprising), Makombe organised the revolt in the Mazowe area.

A number of settlers (estimated at more than 50) perished in the region.

The most famous casualty was the brutal Native Commissioner Henry Pollard, the colonial administrator who subjected Africans to forced labour and brutality.

Makombe himself was captured three times but his deep knowledge of the terrain, including its underground tunnels (ninga) enabled him to escape each time.

Much attention has been paid to the spiritual leaders of the 1896/7 revolution but little to the people who actually did the fighting.

One such is Nyamadzawo, Mbari’s son, who commanded the insurgents and carried out daring attacks, despite the inferior weapons at their disposal.

Nyamadzawo mastered guerilla tactics that included surprise attacks, ambush, siege as well as hit and run. He made the Mazowe area dangerous for white settlers.

A master tactician, Nyamadzawo also cut off telegraph wires to isolate settler-families in the region.

To make matters worse for the settlers, the influential spirit of Mbuya Nehanda operated from Makombe’s (Mbari’s) territory.

Combining spiritualism with guerilla warfare, the fighters were formidable.

Colonial documents of this period refer to the area as the ‘troubled Mazowe area’.

Some of the white settlers who died in the area were Frank Austin, a prospector, and James Steel, killed on June 24 1896.

The siege of Deary’s Store lasted from June 21 to July 31.

When the revolt was suppressed, Nyamadzawo evaded arrest to later die of natural causes.

Another of Mbari’s sons, Mutinha, by then a sub-chief in the Mazowe area, is best known for organising the capture of the notorious Native Commissioner, Henry Pollard.

With the co-operation of Mbuya Nehanda, the capture and subsequent killing of Pollard, a symbol of colonial power, dealt a heavy blow to the Administration.

Outsiders did not, and still do not, understand the complex two-tier chieftaincy system of Mbari’s Shumba Gurundoro people.

Chiridzambira, one of several of Mbari’s sons, was ordained by his father to be the spiritual leader of his kingdom while Makombe was the de-facto Paramount Chief. Chiridzambira, though his reign was short-lived due to the annihilation of the clan by colonial forces, had almost the same powers as Mbari, that of king-maker who gave land and jurisdiction to fugitives such as Seke.

Chiridzambira gave his blessings for the start of the uprising.

All the gallantry of Mbari’s clan effectively ended on  March 1 1897 when the settlers massacred everyone in sight in Makombe’s settlement.

Some escaped to the caves where they were betrayed by well-known collaborators.

This will be the subject of a follow-up article.

For views and comments, email: wekwaGurundoro@gmail.com