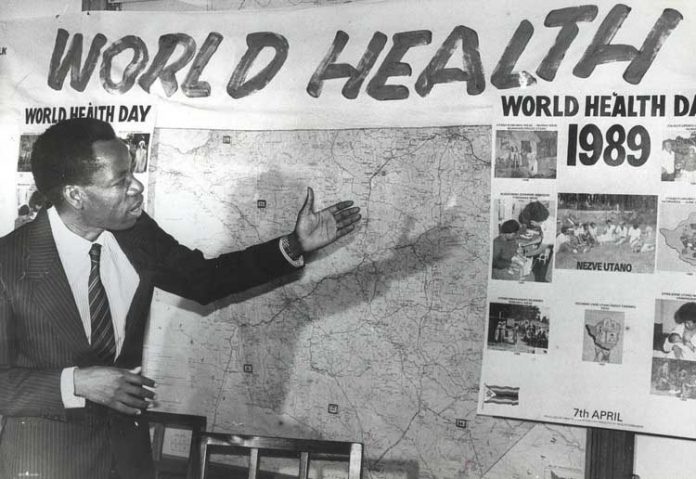 IN Part One, Cde Gwerevende had been arrested by Rhodesians who tried the ‘soft touch’ and then torture to make him sellout the comrades he had given help to and hosted at his homestead.

The ensuing trial was harsh and cruel; Cde Gwerevende’s  mother was brought to Chikurubi to see her son before he was hanged.

But the soil of Zimbabwe had produced another gallant son who, at that time, was pursuing law studies at the University of Rhodesia.

He represented his ‘father’ and triumphed in court; VaGwerevende was spared the gallows but he got a 30-year sentence with hard labour for high treason.

Once more Cde Gwerevende could have saved his skin, but he chose to let the worst happen to himself for the sake of his country, Zimbabwe.

He was released from jail on the eve of independece, following the triumph of the armed struggle; he had served six years of his 30-year jail term. He went home to nothing — there was no home, no brick was standing; there were no animals, no chickens, no humans, only a shovel.

This was symbolic; he was to rebuild his home, his life from scratch.

He did, successfully so.

He remarried and had three daughters and three sons and he also rebuilt the political edifice in his home area of Chesa.

He ensconced with those he had fought Gerald Hawksworth with in those early 1970s, rebuilt the party structures for war veterans, detainees, restrictees and rallied the people around development projects.

Through his hard work and that of his comrades in Chesa, he built a formidable fortress for the revolution.

He did not sit on his laurels after independence.

Although he had contributed immensely to the liberation of the country, he still continued the struggle to rebuild Zimbabwe, starting from scratch, with as much zeal and self sacrifice till his death at 82.

Such a life is the formula we need to build Zimbabwe.

The late national hero, Rtd Brig General Dr Felix Muchemwa’s life is another story and example of sacrifice for the motherland.

While so many would think a well paying career and marriage is the pinnacle of life, it was not so for young Muchemwa.

Many think a good job in the West, particularly the UK or the US, paradise.

This was not so for Muchemwa.

Young Muchemwa had graduated in Medicine at Birmingham University, UK, and after post graduate studies, he was teaching at the same institution and had just married.

But he left it all for the liberation struggle, to join others in the bushes of Mozambique, to assist comrades Sekeramai and Ushehwokunze who were the only two medical doctors to thousands of combatants in Mozambique.

It was total sacrifice; he abandonded a life not only of comfort but luxury; he left his newly wed wife and was prepared to face death.

In the struggle, death was not a remote possibility; it was an everyday reality which he knew and accepted.

He served and saved lives during the liberation struggle.

During the Chimoio massacre, he escaped death by a whisker when the Rhodesians bombed an ambulance in which he was about to ferry patients to Chimoio Town.

He acquitted himself heroically as a guerilla medical practitioner during the struggle; he made the greatest difference in the camps when he joined his two other medical doctors.

Just as his older compatriot Cde Gwerevende, Cde Muchemwea did not sit on his laurels after independence, he did not go into private practice to rest and look after his family.

He still chose to serve the public, sacomrade; he served in the national army and rose through the ranks to become Brigadier General, protecting the land he had liberated.

He served as Minister of Health and, although his health was failing, he continued in public service until his last breath.

Though so busy serving, his health not so good as the years progressed, he still dedicated himself to writing us a book which would summarise the legacy of the struggle for our land, a veritable archive which was published by the Zimbabwe Heritage Trust in October 2015, only just a few months before he left us.

Against all odds, these two comrades served and saved Zimbabwe through unreserved self-giving.

They were relentless in serving and protecting Zimbabwe until their very last breaths.

It is what we want and need to build a Great Zimbabwe in which everyone is catered for.

We need, each of us, to sacrifice and give Zimbabwe what she needs as long as we can, as long we have breath in us.