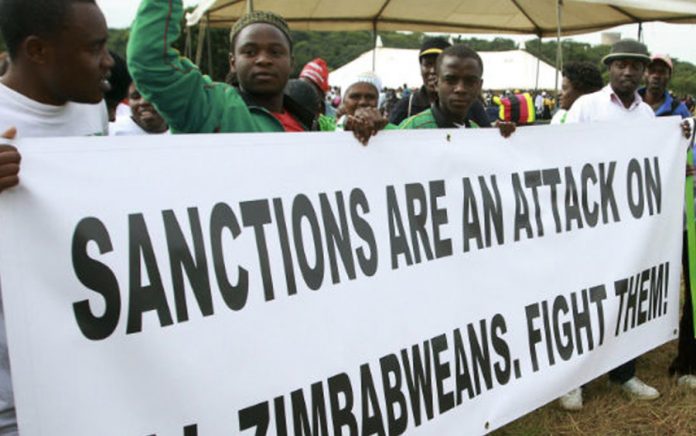 THE most significant aspect about opposition leader Nelson Chamisa’s so-called agenda 2021 address on Tuesday is that the MDC is not a factor in the country and that time has come for the Government of Zimbabwe to vigorously pursue the re-engagement drive with the MDC’s handlers, the West.

The pervasive reality is that Chamisa’s intransigence on matters to do with the country’s development, in particular his self-serving insistence on a face-to-face dialogue with President Emmerson Mnangagwa, is confirmation that Zimbabwe can no longer waste its precious time massaging inflated egos of some politicians who contribute nothing to the national agenda.

The nation was, on Tuesday, presented with yet another reminder that besides the deafeningly hollow noises that Chamisa’s MDC has been making over the years that it is a viable alternative, the opposite is true.

What Zimbabwe needs is a patriotic opposition, an opposition that embraces and understands the national question and, crucially, one that stands for interests of the majority.

A scrutiny of Chamisa’s MDC and that of his predecessor, the late Morgan Tsvangirai, points to none of the above raised issues.

All that Chamisa’s MDC has done is to try, with no success, to lampoon the country with the aim of reversing everything that was born out of the liberation struggle.

They have gone to great lengths to destabilise the country and make it ungovernable.

And this is where they are losing the plot; failing to realise the ever-changing narrative about Zimbabwe from across the globe.

There is grudging realisation from the West that, minus the illegal economic sanctions that the MDC called for to be imposed on Zimbabwe, Harare can transform into a modern economy.

The signals from the West have been that they are ready to do business with Zimbabwe and that is, of course, outside of their usual conditions.

The MDC is not a factor in Zimbabwe’s economic revival efforts.

If anything, it has never been.

Those who matter are are those who unleashed both the economic sanctions and the goons in the MDC to distabilise the country.

This leaves the MDC in a quandary; it leaves them with nothing to hold onto in their futile regime change push.

For Chamisa, the battle is far more serious than he can anticipate.

A storm is brewing in his party and those surrounding him are sharpening their knives for a long night of a bruising encounter with the embattled opposition ‘leader’.

We leave it there and unravel what the beleaguered MDC leader was trying to say in his inane address on Tuesday.

Said Chamisa: “Despite all these attacks on our party, we refuse to be cast as victims.

Rather, we are survivors and winners. When someone works so hard to try and destroy you and they fail, it is because you are strong and you are a winner.

The purpose of all this was to punish our party for resisting the illegitimacy of the outcome of the 2018 elections, which lacked credibility and acceptability.

The oppressors believed that stripping us of our assets and entitlements under the law would dampen our spirits and break us down. This has not worked.

This year will see us consolidating, showing resilience and resistance.

In 2021 we will consolidate our position as a movement that represents the dreams, hopes and aspirations of all progressive Zimbabweans. Oppressors have tried everything to decimate us but we have remained solid.

This is not only the year of consolidating citizen action but also the year of resisting the creation of controlled opposition and the march towards one-party State politics.

It is the year of both consolidation of our party and resistance to the regime’s agenda of controlled opposition.

The oppressor cannot reform. The oppressors have failed to reform and actually proven to be worse than their predecessor. The year 2021 will be marked with peaceful resistance and resilience. The language of the oppressed to resist oppression.”

The problem with Chamisa is that he is not, and can never be, president of this country, which is why his ‘legitimacy’ ticket has faded into thin air like all his bravado.

While Chamisa was disturbing the country’s peace with his infantile address, Cabinet was sitting and announcing good news to the people of Zimbabwe.

These are tangibles that President Emmerson Mnangagwa’s administration promised upon assuming office in November 2017.

Speaking after Tuesday’s Cabinet meeting, Information, Publicity and Broadcasting Services Minister Monica Mutsvangwa gave an outline of the progress that has been so far in implementing the e-learning programme.

“The National e-Learning Strategy for Schools in Zimbabwe is a joint initiative of the Ministries of Information Communication Technology, Postal and Courier Services; and Primary and Secondary Education.

It is part of the SMART Zimbabwe 2030 Masterplan, which programme is one of the 15 Cabinet-approved Government Priority Programmes on Innovation, Science and Technology Development: 2019-2030.

The plan is also aligned to Programme 6 (ICT Infrastructure to Support Teaching and Learning) of the Government Priority Programme on Human Capital Development, Skills Audit and Employment Creation, also approved by Cabinet.

SMART Education is one component of SMART Zimbabwe, which seeks to increase the usage of ICT in the entire education sector regardless of geographical location of economic circumstances.

While Chamisa and his cohorts are harping all they want, the inescapable reality is that Zimbabwe is on the right path.