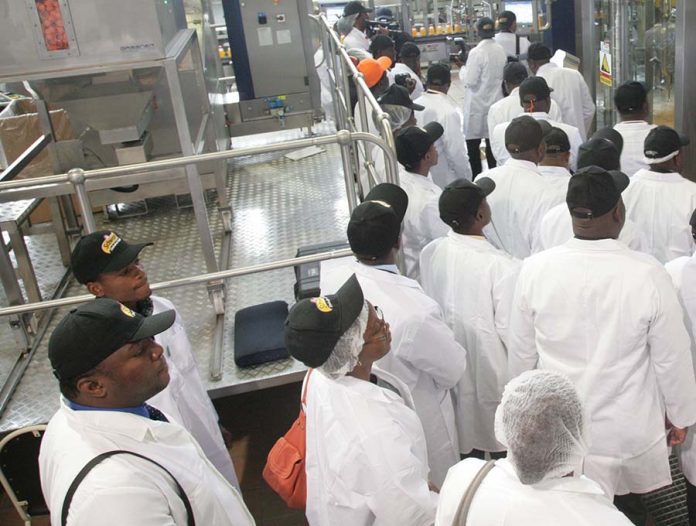 THE birth of the World Trade Organisation (WTO), in 1995, coincided with the end of Zimbabwe’s economic reform period, during which time it carried out autonomous and unilateral trade liberalisation policies.

By the time commitments made under the WTO came into effect, Zimbabwe already had a much more liberal trade policy.

Controls on imports and foreign exchange had been removed, tariffs reduced, the domestic market de-controlled and the environment for foreign direct investment improved.

Given this background, Zimbabwe viewed trade liberalisation within the WTO as a ‘complementary and supportive international instrument’ to buttress national efforts.

It was therefore expected that Zimbabwe’s trade and investment liberalisation would not only succeed but also result in economic growth, employment creation, increased exports and the country’s integration into the world economy.

Thus, the approach taken by Zimbabwe in the WTO was to ‘lock in’ trade liberalisation measures initiated within Economic Structural Adjustment Programme (ESAP) through the WTO agreements.

Zimbabwe is classified as a net food-importing developing country within the WTO.  As a developing country, Zimbabwe enjoyed some concessions regarding compliance, longer implementation periods and exemption from some commitments as well as  grace periods and technical support towards meeting its obligations.

Five years after the WTO came into being, however, there was no clear understanding of the implications of its disciplines on the Zimbabwean economy.

What was more worrying was that, before Zimbabwe was able to come to terms with the commitments undertaken under UR, it was faced with the challenges of negotiating new commitments in the WTO Doha Round.

After independence, Zimbabwe became a signatory of the Lomé Convention that, since 1975, provided the basic framework for economic co-operation between the EU and 71 Africa Africa, Caribbea, Pacific States (ACP). Trade co-operation, which is based on non-reciprocal tariff preferences given to ACP by the EU, is a very valuable component of EU-ACP co-operation inasmuch as preferences guarantee better market access and market prices to goods originating from ACP countries.

The impact of preferential market access has generally been positive for Zimbabwe.

In four consecutive years from 1994, Zimbabwe enjoyed a balance of trade surplus in its trade with the EU.

Exports to the EU accounted for about 36 percent of the country’s total exports and covered both traditional and non-traditional product lines.

Under the Convention’s Beef and Veal Protocol, Zimbabwe had a preferential tariff quota to export 9 100 tonnes of beef into the EU annually.

Zimbabwe also benefitted from the STABEX fund for supporting export earnings owing to a decline in prices of commodity exports.

The diplomatic row between Harare and the EU, following the land reform, culminated in the imposition of ‘smart sanctions’.

Since the EU was Zimbabwe’s main market, especially for agricultural products, sanctions altered the preference schedule and led to a serious deterioration in export market access for the country.

Regional integration within SADC and COMESA was another important platform through which Zimbabwe undertook further trade liberalisation measures.

Since the 1990s, all COMESA and SADC countries had been liberalising their trade and foreign exchange regimes unilaterally under market economic reforms supported by the IMF and the World Bank.

In 2000, to stimulate trade integration, SADC members started to implement a Trade Protocol aimed at establishing a free trade area within eight years from its ratification.

This resulted in a marked shift from EU towards SADC, and exports to the region were accounting for about 30 percent of Zimbabwe’s total exports, while imports from SADC were over 40 percent of the total import bill.

In November 2000, COMESA launched its free trade area with duties on a wide range of goods reduced to zero.

Contrary to Zimbabwe’s situation in SADC, trade with COMESA countries was characterised by a huge surplus trade balance that had existed since COMESA was founded.

South Africa has been a major trading partner for Zimbabwe; trade between the two countries grew at a much faster rate in the 1990s, following the removal of the international sanctions imposed on apartheid SA prior to its attainment of independence.

The trade agreement between SA and Zimbabwe entered into force on November 30 1964.

It accorded preferential treatment to goods and services in the form of rebates on duty and duty-free market entry.  Some products, including textile and clothing being subject to quotas and rules of origin when entering the two markets.

In each of the two agreements, access of goods and services being subject to a 25 percent minimum local content.

Under the Botswana-Zimbabwe agreement, certain classes of textile and clothing products from Botswana were not allowed into Zimbabwe, to reduce competition.