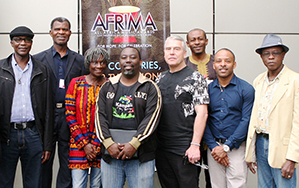 AFRICAN-Americans who come to Zimbabwe often complain that Africans in Zimbabwe treat them as Americans, not as fellow Africans.
Among these African-Americans are Pan-Africanists who support the Zimbabwe liberation struggles and the Land Reform Programme.
Why then are Africans in Zimbabwe uneasy when it comes to socialising with them? They ask.
The worse thing is that no one has tried to give a satisfactory answer except to say, “Welcome home,” and proceed to treat them as Americans.
The purpose of this article is to try and explain the reasons as I see them.
In this light, it is helpful to revisit Okot p’Bitek’s observation that:
“Human beings do not behave like dry leaves that are blown here and there by the wind.
“Human beings live in organisations called institutions, the family or clan, a chiefdom or kingdom or an age-set system.
‘They have a religion, an army and a legal system.
“All these institutions are informed by, and in fact, build around, the central ideas people have developed, ideas about what life is all about, that is, their social philosophy, their worldview.”
Now, it is according to these institutions that Africans socialise among themselves.
These institutions are not colonial.
They are African.
They have nothing to do with whether one is a Pan-African or not, or belongs to this or that political persuasion.
They are institutions that Africans are brought up in and by which they relate with one another in everyday life, beyond their political persuasions.
In fact, the liberation struggles they wage are meant to preserve and protect these institutions as their sacred heritage.
These, indeed, are the institutions that slavery took African-Americans out of and put them in its own American and European institutions.
Now, these are the institutions that are vital for African-Americans successful socialisation with fellow Africans as they struggle together against colonialism.
Here is a testimony to corroborate the vital importance of African culture in African-Americans efforts to socialise with Africans, even where they are received with genuine love, as fellow Africans.
It is from Philippe Wamba whose mother is African-American and his father an African from DRC, former Zaire.
He says: “I had been quiet for much of the four days we spent in Kinshasa, having difficulty making myself understood, and getting slightly lost in the parade of relatives we visited in homes all over the huge city.
“Sometimes I wasn’t really sure who lived in what house, who we had come to see, or how they were related to me.
“Most of the relatives I met had me at a disadvantage when they happily embraced me.
“They always knew exactly who I was, and had been eagerly expecting me, while I would feel awkwardly ashamed that I didn’t know who they were in relation to me.
“It was quite overwhelming being greeted so warmly by my family, these strangers.
“I felt tears pricking the corners of my eyes, as I smiled at them, my heart full, frustrated by my inability to communicate.
“There were so many relatives to remember.
“Distant cousins were all referred to as brothers and sisters.
“My mother was rarely sure of the nature of her husband’s relationship to various people who constantly streamed through our house.
“One day while she was at the market, an unfamiliar young man greeted her joyously, saying he was her husband’s brother, a somewhat mystifying claim to her.
“My mother believed she had already met all of my father’s siblings.
“The young man accompanied her to our home and enjoyed a meal before my mother found out just exactly who he was in relation to her husband.”
The author goes on to say, quite correctly: “I have seen black people, bewildered by a strange tension between feeling powerfully bound together by their race, and hopelessly repelled by their antagonistic cultures.”
Whoopi Goldberg, like her or hate her, has also candidly said: “I have gotten into a lot of trouble for saying ‘I’m American, instead of African-American.
“But I have been to Africa, and believe me, I’m American.”
Clifford Geertz has said, concerning tensions between cultures, even among people of the same race, such as Africans and African-Americans:
“It is, however, important as regards this observation that one human being can be a complete enigma to another.
“We learn this when we come into communities with entirely different traditions and customs.
“Even given mastery of their language, we do not understand the people, not because of not knowing what they are saying.
“We just cannot find our feet with them.”
The idea of ‘not finding our feet with them’ does not quite apply among Africans.
For, the structures of their relationships are similar, if not identical, throughout Zimbabwe and most of what has been referred to as Bantu Africa.
For instance, all that a person has to do, who moves away from his home to find a new home in another African setting, is look for members of his clan or totem and he is almost automatically accepted into their social fabric.
The clans or totems in his new home include his mother’s clan or totem, his mother’s father’s clan or totem, or his father’s mother’s clan or totem.
The chains of clan relationships are endless in African culture.
They are both matrilineal and patrilineal.
One who has been brought up within these social structures never fails to fit into any African cultural setting, even if he has never met the people before and the people have never met him before.
These are the cultural structures and chains of relationships that are vital for African-American socialisation with Africans, as Africans, beyond political struggles and race.